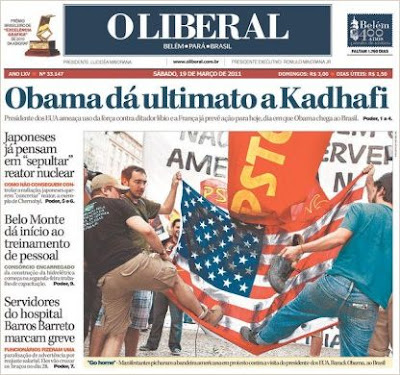 While reading Don Suber's post Rio to O: Yankee go home I was struck by something in the accompanying picture (cropped version above). The protesters are burning an American flag, and as they burn it two of them are stomping on it with their shoes. Further, one of them holds a shoe, presumably so he can thump on the flag with the shoe.

It would appear the Brazilian protesters have added the dreaded Arab Insult Shoe to their arsenal. I wonder if pictures of Walker are being pummeled with shoes in Wisconsin?

I, like most of us I imagine, first encountered Arab Insult Shoes when Saddam Hussein's statue was being pulled down in Baghdad. As we watched, Iraquis kept rushing up to it and beating it with their shoes. Then there was the incident where Muntadar al-Zeidi  threw his shoe at President Bush. Prior to that my notion of shoes as weapons was limited to the Jerry Springer show, where bimbos battling over a seedy Lothario would invariably end up throwing their shoes at each other; but apparently now such antics have been elevated to political statements.

Hmmm I wonder what other Middle Eastern protest tactics might catch on with their brothers and sisters in the West? Perhaps Egyptian Riot Headgear? 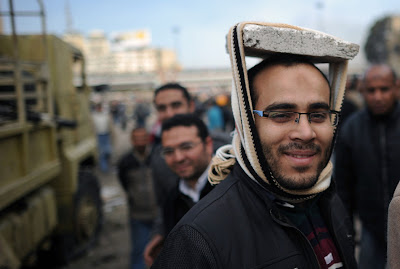 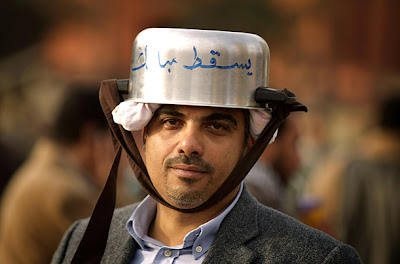 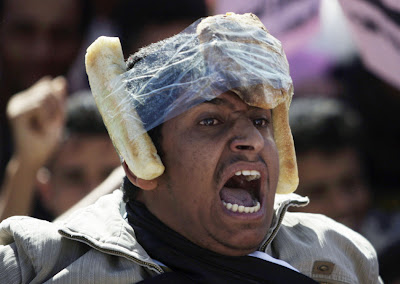 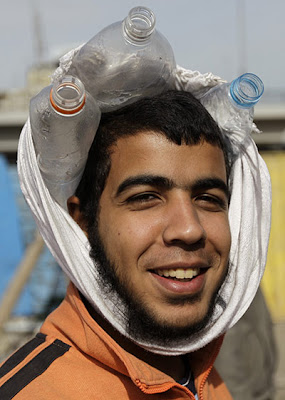 (pictures from Egyptian RIOT HEAD GEAR!!!)
Edited to add: Oh no! Maybe Egyptian Riot Headgear has already started to spread to protests around the world! 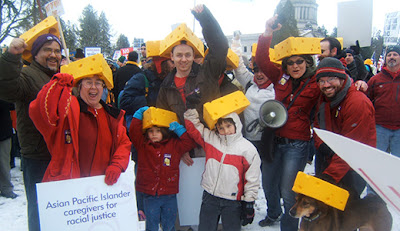 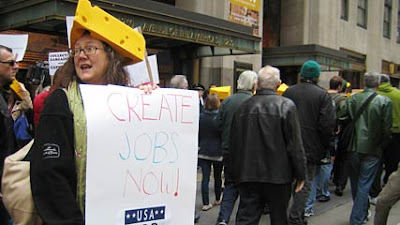 Posted by ambisinistral at 5:51 PM