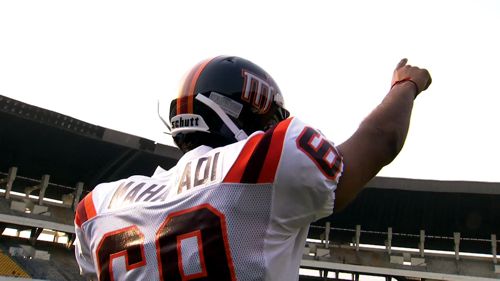 On these pages there has been a considerable amount of confusion over the teams in the new Elite Football League of India (EFLI), which is an American style professional football league being formed in India, Sri Lanka and Pakistan.

The first post at a new fan site, EFLIfans, deepened the mystery when he pointed out a newly posted EFLI schedule at the EFLI website that moved the start of the season from November to July, and indicated that there were now two Sri Lankan teams as well as one from Pakistan in the 8 team league.

I'm happy to report that I can now clear up the confusion. Crack internet sports journalist that I am, after much procrastination, I finally emailed EFLI and asked if they could clear up the matter. I got a prompt reply from Janice Foreman, the COS/Executive VP Business Development for the EFLI, to which she attached the 2012 EFLI brochure (which, to my embarrassment, I discovered can be can be downloaded from the EFLI website).

The season has been moved up to kick-off on July 15th with 4 games. Also, the 8 teams for the inaugural season have been finalized and split into 2 divisions:

You'll notice that my beloved Goa/Chennai Swarm are not on the list of teams. Needless to say I was distraught, but then I remembered, "wait a second, I'm a sports fan. If there is any group as full of mindless optimism as sports fans I don't know it. I spent the 70s and 80s convincing myself on a yearly basis that the Packers were a playoff caliber team, why should I let the nonexistence of my favorite EFLI franchise discourage me from continuing to root for them?"

So, I've handled the problem by telling myself the Swarm are just in hiatus until the 2013 season, which all things considered is but a bump in the road, and by falling back on those two sports mantras: "we waz robbed" and "wait until next year!" So...

Posted by ambisinistral at 5:45 PM

How good are the QBs? I played varsity fball for 4 yrs in Cali as a QB. 22yrs now, think I got a shot a roster spot?

Their QBs look pretty wobbly, however I believe they are filling their rosters with Indian players rather than importing foreign players.