This past week Netflix finally sent me Sword of Gideon, the 1986 made-for-television adaptation of the George Jonas book Vengeance: The True Story of an Israeli Counter-Terrorist Team. Steven Spielberg's 2005 theatrical adaptation, Munich, will be available on DVD on May 9th. I reviewed Munich elsewhere and after seeing Sword of Gideon again, I find myself even more at a loss to explain why Spielberg didn't turn the material into a Red Harvest or, alternately, use the same narrative structure he employed in Saving Private Ryan—i.e., fully re-enact the event (substituting September 5, 1972 in Munich for June 6, 1945 on the beaches of Normandy) during the first half-hour or so and then tell a story of a counter-terrorist team assigned to assassinate some of those believed to be responsible for the "Munich Massacre" and for other atrocities.

Sword of Gideon, though not nearly as technically interesting, is a far superior rendition of the story Munich purports to tell. It still might contain too much ambiguity and contradiction for those who like their stories simple without regard to truth. The epilogue:

On October 6, 1973 when Egypt attacked Israel, Avner returned to his country to fight in the Yom Kippur war. He led a commando unit across the Sinai desert into Egypt. Since then all the remaining men on Avner's list have died. Nonetheless terrorism has escalated and governments throughout the world are still seeking the near impossible: a civilized response to acts of wanton savagery. 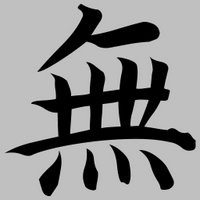 Now imagine. You're an assistant director and screenwriter who has just directed his first feature film. You must appear before a board of examiners consisting of government censors and already established directors. Your mentor tells you he will not be there, but not to worry because another established director will. You're treated badly, and just when you've endured as much of the spitefulness of censors as you reasonably can (you'll later make a pact with some friends that if it comes to the point of the "Honorable Death of the Hundred Million" you'll meet in front of the Ministry of the Interior and assassinate the censors before taking your own lives) you begin to rise, but the established director anticipates you, stands, and, ignoring everyone else, says: "If a hundred points is a perfect score, Sugata Sanshiro gets one hundred twenty! Congratulations, Kurosawa!" He strides over to you, whispers the name of a Ginza restaurant in your ear and says, "Let's go there and celebrate." Forty years later you write in your autobiography that the thing you are most grateful to the established director for is that he kept you from taking the chair upon which you were sitting and hitting the censors over the head with it.

By next weekend, I hope to have completed reviews of the first-time director's first great movie, Nora inu (Stray Dog) and the established director's last great movie, Sanma no Aji (An Autumn Afternoon). Stay tuned.
Posted by MeaninglessHotAir at 5:12 PM

His tombstone bears the single character for mu—an aesthetic word, a philosophical term, one which is usually translated as "nothingness" but which suggests the nothing that, in Zen philosophy, is everything.