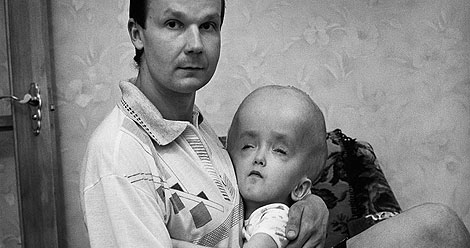 Never forget.
Posted by MeaninglessHotAir at 12:48 AM

And Russia wants to help Iran go nuclear becasue this is what they want for Iran???

Something tells me that Russia's value system differs somewhat from ours.

It is a sorry history. The Russians have had a slew of nuclear accidents, especially in their submarine program.

One virtually unknown minor tragedy was at Camp Koss, on the Palmer Peninsula of Antarctica. During the Falklands War of 1982, a secret Soviet - Argentine mission tried to erect a massive transceiver designed to disable British communications as the Royal Navy tried to retake the islands. The jamming equipment was powered by a nuclear generator, which malfunctioned before it was ever operational. Within three days, all the men were dead of radiation poisoning.

The saga has been commemorated by the NATO Arts Council in the Threnody for the Argentine Claim.

Of course, the Islamofascists may produce the equivalent of a Chernobyl here in the US someday.

We have someone from Chernobyl here in the complex. I haven't spoken with him but Joe has. He said the worst part of it was nobody told them anything! Not for days.

Many people learned the wrong lesson from this horrible accident. They blamed the nuclear industry instead of the dysfunctional Soviet system. No energy source is safe in the hands of communist nitwits.