I'm sill around, I have house guests so posting is light.

I used the picture above to illustrate my visitors. Well, except my visitor isn't Putin, and I don't much look like the much beloved President of Turkmanistan, Gurbanguly Berdimuhamedov. Come to think of it, I also don't have a giant statue in my house nor is their an audience watching our visit. Other than that is nearly a 100% accurate representation of my house guests.

Regardless, I'll be back on line  eventually.

Posted by ambisinistral at 9:03 AM No comments:

Take a trip on an English private railroad. The description says it is the "largest ...  railway of its size" which seems like an odd wording. Could referring to myself as the "largest person of my size" make any sense?

Anyway, that quibble aside, it is an amazing toy. Chugging around on it looks like a hoot and the grounds are quite beautiful.

Posted by ambisinistral at 2:17 PM No comments:


Get ready for an encumbered weekend with Big Mama Thornton.

A bestiary was a medieval book describing animals, both real and mythological. They weren't scientific descriptions. Rather, they were allegorical, often times having a moral to the animals description. What entertained my about the illustrations from bestiaries was the expressions on the animals faces. Many of them are quite ridiculous. 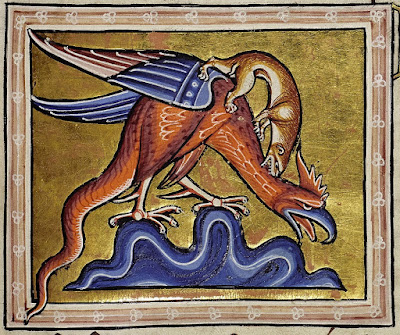 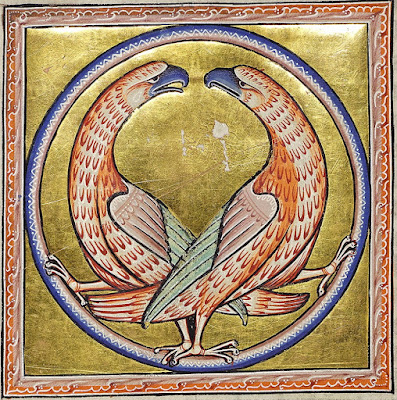 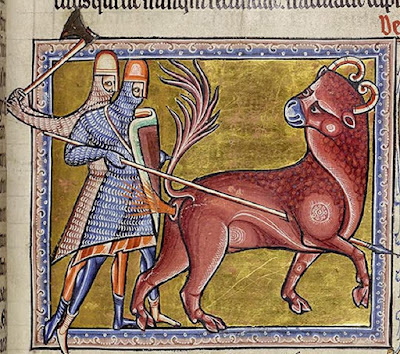 Read more »
Posted by ambisinistral at 4:07 PM No comments:

“Son, a real battlefield lacks dignity and honor. When lives are being spent—actual human lives—those high-minded concepts lose their meaning. All that matters is victory. If you have blades, you’ll use blades. If you have rocks, you’ll use rocks. If there’s nothing but sand, you’ll throw the damn sand. A true war is only waged when men don’t want to live to see what failure looks like. You do what it takes to win. You go wherever necessity takes you.” ― B. Justin Shier


Posted by ambisinistral at 5:35 PM No comments:

I Put a Spell on You


Get ready for a weekend of magical hijinks with Malia.

Posted by ambisinistral at 7:50 AM No comments:

Email ThisBlogThis!Share to TwitterShare to FacebookShare to Pinterest
Labels: I Put A Spell On You, Malia, Music, TGIF 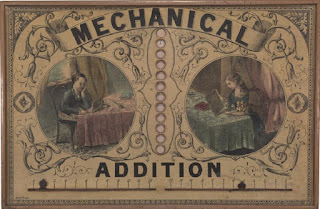 Just a little bit of housekeeping to report -- I've added a link to Ace of Spades HQ.  It is a site I go to on a daily basis. I don't know why it was never on the blogroll.

Well, I guess that didn't go according to plan.

Posted by ambisinistral at 9:13 AM No comments:

Caravans are what the English call what we call campers. They call them caravans because the first camper ... er ... caravan that is, was inspired by the seemingly romantic lifestyle of gypsy caravans. in the 1860s Dr. Gordon Stables, retired from the Navy, commissioned a gypsy-style caravan to be built. He named it the Wanderer and travelled in comfort, even bringing a servant along who slept in a tent.

Soon other wealthy, and generally eccentric people took up caravanning. From the website of the Period and Classic Caravan Club:


Most of the rich early caravanners took their servants with them. Having the same experience as the gypsies, but with the comforts of home. Beds, stoves, plus storage and writing cabinets were found in these new, horse drawn caravans. This new style of holidaying was seen by some as very odd and beneath a gentleman. These early caravan users were often shunned and it took many years before they would become accepted.

Of course eventually cars replaced the horses, and mass production brought the caravans within the price range of the middle class.

These pictures, and the ones after the jump, are from the club's website linked above. There are more pictures there, as well as more historical information. 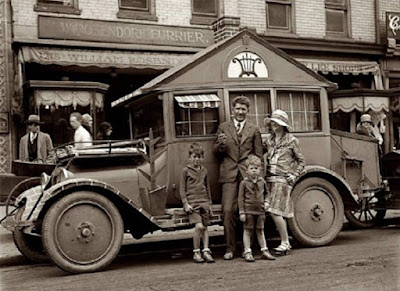 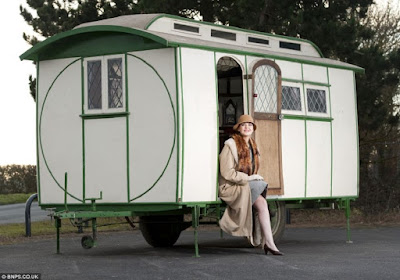 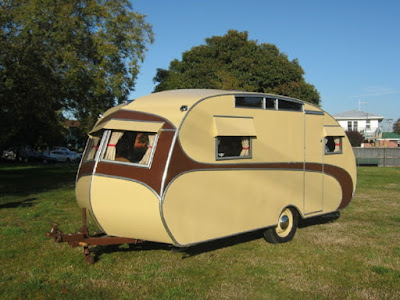 Read more »
Posted by ambisinistral at 4:48 PM No comments:


Get ready for an unrequited weekend with Kovacs.

Following up on the previous rural cooking post, I looked for a video about making jute stick charcoal so we could see the work day part of their lives. I couldn't find a good one, so the above video from Malaysia showing the making of charcoal from mangrove wood will have to act as a stand-in.

It is sub-titled, so you get a good explanation of the process from the charcoal factory's owner. It is also very nicely filmed. It looks like it is a very tiring and dirty job. Tough way to make a living.


Posted by ambisinistral at 7:08 PM No comments: