Get ready for a lackadaisical weekend with George Ezra.

Email ThisBlogThis!Share to TwitterShare to FacebookShare to Pinterest
Labels: George Ezra, In The Summertime, Music, TGIF

Paintings of Egyptian ruins from the 19th century

David Roberts was a 19th century Scottish painter. After a successful career in the theater as a set painter he travelled considerably, painting landscapes of where he went. He's most well known as an Orientalist because of his paintings from his travels to Egypt.  I  featured one of his works in my post The immensity of time. He painted a variety of scenes, but I've chosen to show his paintings of Egyptian ruins.

Most of these pictures are from Art Print's post: David Roberts. There are many more examples of his work at that link. They include more scenes of Egyptian ruins as well as scenes of life and architecture throughout the Middle East and Europe. 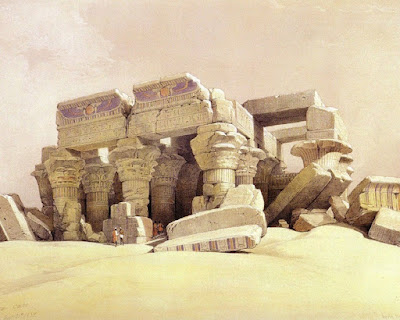 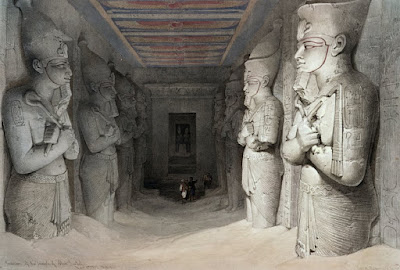 Read more »
Posted by ambisinistral at 2:47 PM No comments:

A simple example, first done by Adelbert Ames Jr., of how our minds can be fooled by reality. It is such a strong optical illusion that even when explained, and even modified to prove the window's rotation, we still see it as an oscillation. One wonders what else we perceive that is not as it appears, no matter how closely we look.

Posted by ambisinistral at 9:06 AM No comments:

I Won't Back Down

Get ready for an intransigent weekend with Lex Henrikson.

Posted by ambisinistral at 7:16 AM No comments:

Email ThisBlogThis!Share to TwitterShare to FacebookShare to Pinterest
Labels: I Won't Back Down, Lex Henrikson, Music, TGIF

These videos are from Aden Films a YouTube channel about gourmet and street food. There is no narration, and no real recipes given, although now and again they'll mention the ingredients they're using at the time. They also do the occasional dance and nature videos. It's all very nicely filmed.

Posted by ambisinistral at 9:58 AM No comments:

One of the main practitioners of yōga was Wada Eisaku who was active from the late 19th century to the mid 20th century. Along with being a very active painter, he eventually became a professor at the Department of Western-Style Painting at the Tokyo Academy of Fine Arts. These are a few of his works, enjoy them. 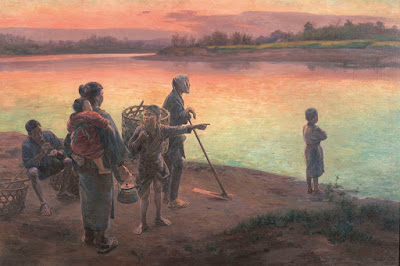 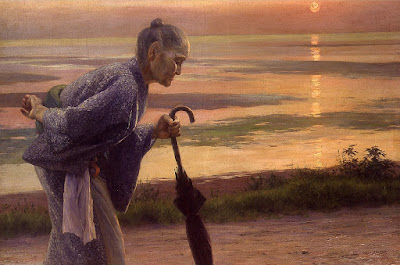 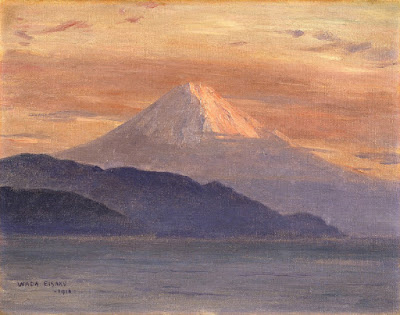 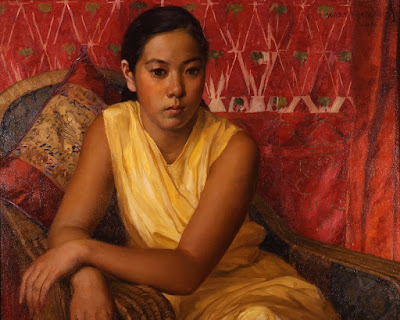 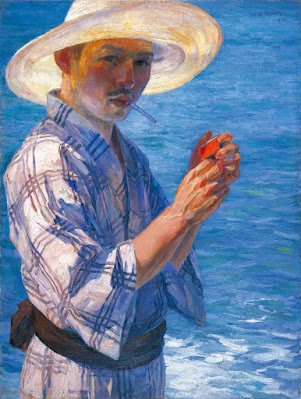 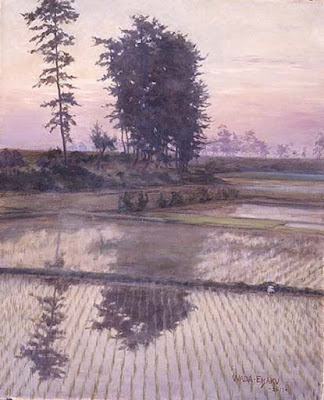 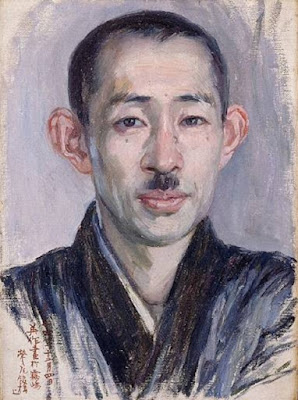 Posted by ambisinistral at 1:51 PM No comments:

Get ready for a amalgamated weekend with Andrew Belle.

Posted by ambisinistral at 7:43 AM No comments:

Email ThisBlogThis!Share to TwitterShare to FacebookShare to Pinterest
Labels: Andrew Belle, Fade Into You, Music, TGIF

In my last post, The immensity of time, I featured a painting by the 19th century artist David Roberts of the ruins of the Egyptian temples Abu Simbil half buried in sand. Abu Simbil is a 3200 year old temple complex dedicated to Ramesses II and his wife Nefertari. The temples were dug out and restored at the time of Roberts' painting.

However, with the construction of the Aswan Dam in the 1960s it was once again threatened to be lost -- this time under the waters of Lake Nasser, the reservoir that would be created by the dam. To preserve the temples a project was launched in 1959 to relocate the temples to a new site above Lake Nasser. They were eventually moved to a site 200 meters further inland and 65 meters higher to save them. It took 4 years and cost $300 million in today's dollars. 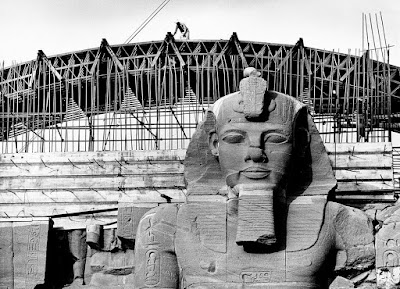 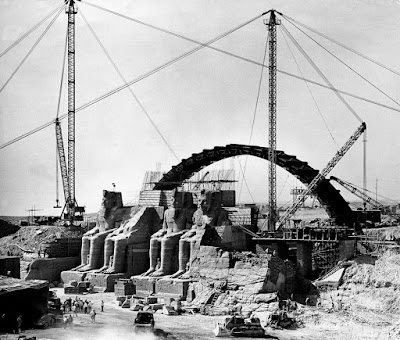 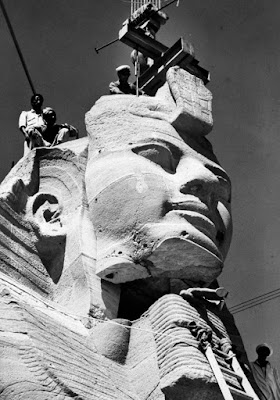 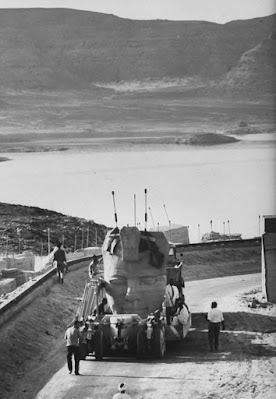 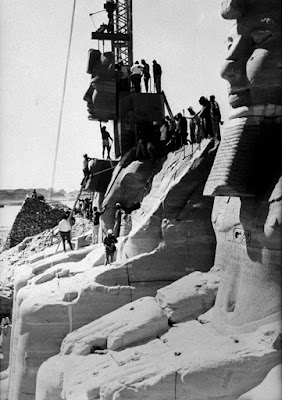 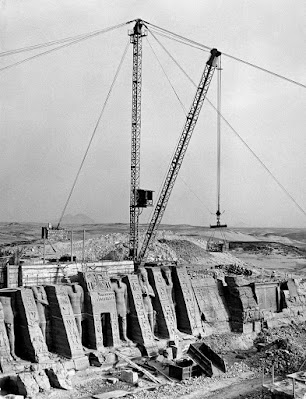 Posted by ambisinistral at 10:54 AM No comments:

The immensity of time

If anyone asks, say it was forgotten
Long and long ago,
As a flower, as a fire, as a hushed footfall
In a long forgotten snow.
Posted by ambisinistral at 7:04 AM 2 comments:

Get ready to peregrinate this weekend with Barcelona Gipsy Klezmer Orchestra.

This video is a bit longer than I usually post, but it is entertaining. It is a sort of Koran version of Cops, but with out all the trailer parks. However, since it is set in the Itaewon nightclub there are a lot of drunks (behold the wonders of our shared humanity). Be sure to turn on the captions to get English subtitles.

It follows a trainee and her mentor as they patrol the district on a Friday. The first incident they encounter is a fight between two groups of foreigners. In trying to sort out what happened we hear the one group saying the fight was over a stolen phone and chain. The mentor can't really figure out what happened -- he either doesn't speak English well or doesn't really care -- so he writes it off as being caused by bumping into each other while dancing, an excuse he seems to have used more than once in the past.

As the night wears on most of what they deal with, both on the street and in their station, involves drunks. The police come across as being very patient with the drunks. It struck me that some of the more obnoxious ones deserved getting the bejeebles tazed out of them, but that didn't happen -- maybe it was just for the show.

There's one segment where an alarm at the nearby U.S. base sounds which throws everybody into a panic until they realize that North Korean artillery shells and missiles aren't raining down on them, so they relax and go back to their clubbing. Altogether it is an interesting watch.

Posted by ambisinistral at 11:31 AM No comments: 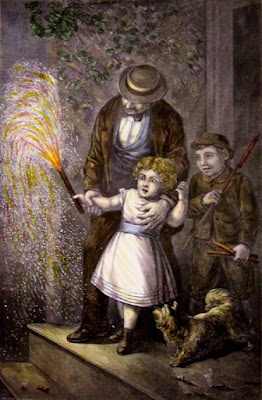 We on this continent should never forget that men first crossed the Atlantic not to find soil for their ploughs but to secure liberty for their souls. — Robert J. McCracken

Posted by ambisinistral at 10:30 PM No comments:

As we prepare for the 4th

Americans forget how revolutionary we are. Jefferson's "all men are created equal..." is both intoxicating and destructive.

Again, or more properly as always, there are people who in their bones do not believe that all men are equal. Rather, they think most of us are fools who argue "that what was round was in fact square." so of course we need our betters to save us. And naturally they are our betters. I guess each generation has its own Intolerable Acts. We shall see.

As for coming together and crying "enough"? That is exactly what our 4th of July celebrates. Happy 4th of July to you all.
Posted by ambisinistral at 7:26 AM No comments:

Get ready for a hepcat's weekend with Gregory Porter.

Posted by ambisinistral at 7:33 AM No comments: