These are pictures and those after the jump, are via Vintage Everyday's article 50 Vintage Pics Show Cars of the Soviet Union From Between the 1950s and ’70s. There are many more pictures at the link.

I chose ones that were in color and appeared to be pictures used in advertisements. The themes are familiar, although oddly different all the same: shiny cars, upscale locales, pretty girls and destinations the cars will take you to. 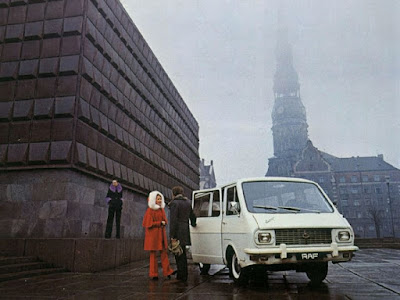 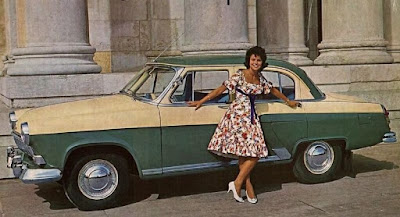 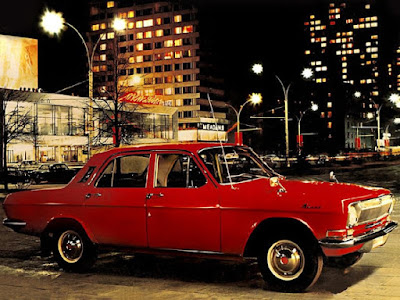 Read more »
Posted by ambisinistral at 3:35 PM No comments:


Get ready for a conflicted weekend with Pomplamoose.

Posted by ambisinistral at 6:22 AM No comments:

Foreign teachers in the U.S.

Above is a VOA produced video about Charmaine Teodoro, a Philipina who was hired by a rural Colorado school to teach math. It doesn't have any of the Open Boarder crowd tricks to conflate legal and illegal immigrants to push their agenda. Instead it is a look at a young woman who, via a J-1 visa, landed in a small American town and her experiences as she adjusted to her job.

The J-1 visa program is actually a non-immigrant cultural exchange program. Rural school districts have started using it to fill teacher shortages. Applicants to teach in the U.S. must have teaching experience and appropriate degrees as well as a U.S. sponsor. They can teach for up to 5 years.

Posted by ambisinistral at 4:05 PM No comments:

Be A Martian! Mars needs YOU! In the future, Mars will need all kinds of explorers, farmers, surveyors, teachers ... but most of all YOU! Join us on the Journey to Mars as we explore with robots and send humans there one day. Download a Mars poster that speaks to you. Be an explorer!

There are more of the posters after the jump. Large versions of them can be downloaded at the above link and printed for display. 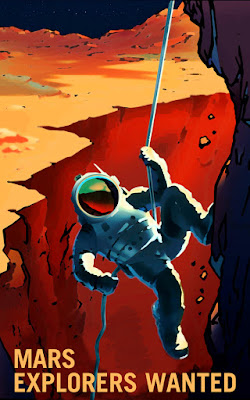 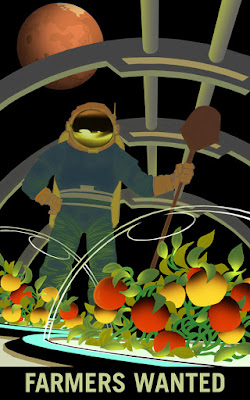 Read more »
Posted by ambisinistral at 3:36 PM No comments:

On The Road Again


Get ready for a weekend in transit with Canned Heat.

Posted by ambisinistral at 10:31 AM No comments:

I'm going top be out of town for a bit and it is likely I won't be posting much for a week or two. Consider this post to be my postcard from my vacation paradise -- "having a good time, wish you were here, etc., etc.". 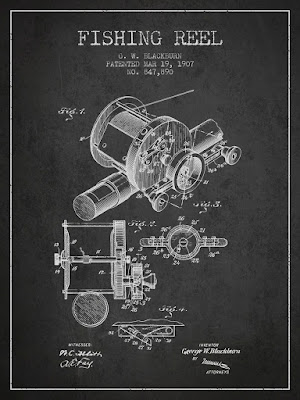 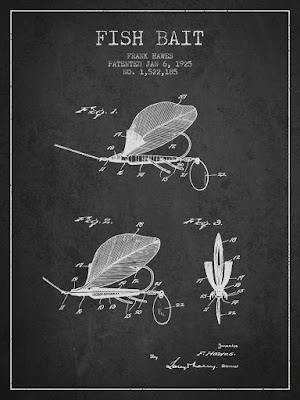 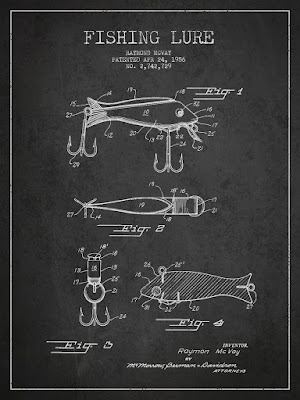 Posted by ambisinistral at 7:53 PM No comments:


Get ready for a Valentines weekend with Phum Viphurit.

In the golden age of Hollywood theater chains were important for distributing films. Most of the theaters were single screen. In keeping with the glamor of Hollywood the theaters often had elaborate facades and interiors. As the industry evolved single screen theaters gradually gave way to multiplexes. Many of the old theaters still exist, some in disrepair, some functioning as art houses, and some now serving entirely different purposes.

These pictures, and those after the jump, are from the Library of Congress digital archive. 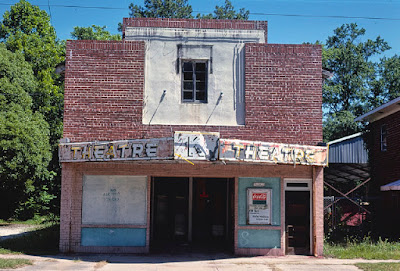 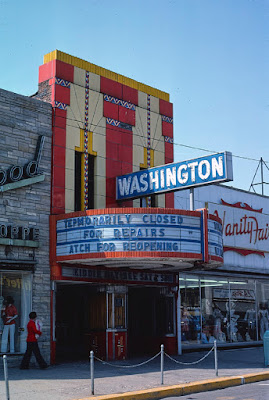 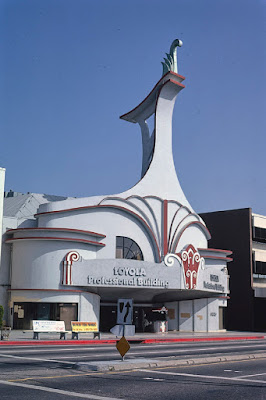 Read more »
Posted by ambisinistral at 5:47 PM No comments:

Hugh Hefner and Lenny Bruce engage in a blabfest

In the late 1950s and early 1960s Hugh Hefner of Playboy fame tried to break into the weekend late night talk/variety show market. The premise of his show was that you were at a high-end cocktail party. The camera would wander through the party and you might see a famous musician playing the piano, or singers, or encounter celebrities just chit-chatting.

Above is a video of Hugh and Lenny Bruce talking amidst a group of admirers. I had never seen any of Bruce's work before and what was striking is how unfunny he was. Instead he came across as a bit of a doofus with all his hepcat talk and finger snapping.

It really wasn't a bad premise for a show, but a lot of its problems was Hugh Hefner always put a damper on things when he appeared. Even as a young lad he always struck me as a pretentious pipe smoking drip in an expensive suit whenever he was on screen.

All in all the above clip is an interesting look at an artificial fantasy land from a time long past. A reminder that trendiness always devolves into goofiness as the years pass by.

Posted by ambisinistral at 10:17 AM No comments:

Only You (And You Alone)


Get ready for a focused weekend with Rox Orduño and Fer Ortega.

Email ThisBlogThis!Share to TwitterShare to FacebookShare to Pinterest
Labels: Fer Ortega, Music, Only you (And You Alone), Rox Orduño, TGIF 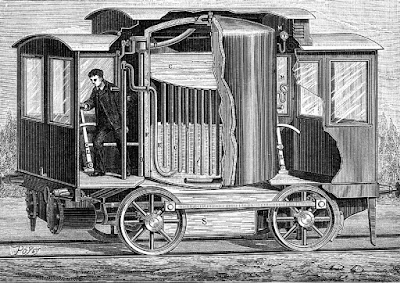 Above is an illustration and a picture a soda locomotive. They were early steam engines that did not use fire to heat water into steam. Rather, they used a chemical reaction that generated heat when water and caustic soda were combined. They were dangerous, inefficient and had short range  before the soda became too diluted to provide effective propulsion.

They saw limited use in Germany and the U.S. during the 19th century, but fell out of favor quickly.

Below is a modern fireless locomotive. They use a reservoir of compressed air or steam to power the engine. They suffer the same drawback of needed to be frequently recharged. However, they have been used in mining and industrial environments. Posted by ambisinistral at 8:52 PM No comments:

She spent an astonishing amount of time in attending lectures and demonstrations, distributing literature for the Junior Anti-Sex League, preparing banners for Hate Week, making collections for the savings campaign, and such-like activities. It paid, she said; it was camouflage. If you kept the small rules you could break the big ones. ― George Orwell, 1984