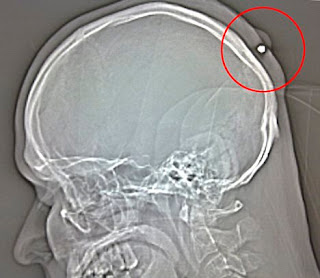 A Polish man living in Germany went to have a cyst removed from the back of his head. When the doctors did the operation they discovered a bullet embedded in the back of his skull instead.


The 35 year old man remembers being extremely drunk at a New Years party five of six years ago and being clunked in the back of his head. Apparently that's when he got shot.

Police don't suspect foul play. They think it was probably a round shot in the air during the celebration.


The news report seems suspicious to me because the man is never named, but the story has been widely carried. Then again, if I was so drunk that I got shot in the head and didn't notice it for years I guess would try to keep my name out of the papers as well.

Posted by ambisinistral at 10:03 PM No comments:

Don't worry, the UN is on the case

We can all sleep a little easier with the news that the UN has appointed Mazlan Othman, a Malaysian astrophysicist, as Earth's official Walmart Greeter Space Alien Ambassador.

Presumably, she's the one who approaches the alien craft with a broad smile and promises of peace. Of course, as a connoisseur of B Movies I know this just means she is slated to be the first Earthling to be fried by a death ray or turned into a pod person. Ah well, better her than me.

Regardless, I certainly hope the US has bumped up its contribution to the UN to cover the salary of this most important UN official.
Posted by ambisinistral at 6:35 AM 3 comments: 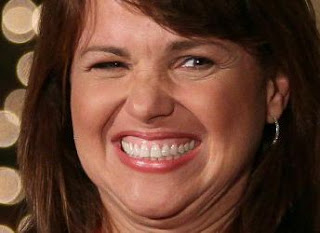 Christine O'Donnell won the Republican primary in Delaware and in the process she created a firestorm of horror in political circles, both on the left and the right.

To the right is the picture the German newspaper Spiegel  used to illustrate its article about her win. The single closed eye, crazed toothy grin and triple chins of the photo are obviously meant to caste her as a lunatic.

Regardless, while I can see the Democrats piling it on, I'm puzzled as to why the Republicans would do the same. She may be a raving loon, but she's a raving loon who non-Progressives are sharing a foxhole with at the moment. I say hope for the best and if she turns out to be a liability, cut her loose after the election.

At the end of the day she represents Delaware and nothing more and it is not wise to assist in the Progressive's attempts to paint her as the face of the Tea Party movement. She is not that significant -- she is just one more sign that a large portion of the electorate is trying the pull the political center to the right, and for that, regardless of how she fares in the general election, her primary victory was useful and welcomed.

The blogger Borepatch (via The Gormogons) has a fine post on the matter. Here's a sample of it:

This [Castle] is the sort of candidate that the Republican Establishment wants us to support? But more significantly, why then should we think that the Republican Party is less reckless in its spending than the Democrats? There's a very clear pattern that has emerged in the GOP's support for Castle, Murkowski, et al - support the Usual Suspects, protect their power and privilege, and pay lip service (if that) to actual fiscal reform.

This November will see the breaking of the Democratic Party, which is half the battle. But everything will come to naught if the Republican Old Guard is not also broken. There is quite frankly no evidence that they will change their old ways unless we break them. Christine O'Donnell may be crazy like a Cat Lady, but she serves the purpose of breaking them. She is particularly useful in this, because it sends the following message:

Posted by ambisinistral at 6:11 PM 8 comments: 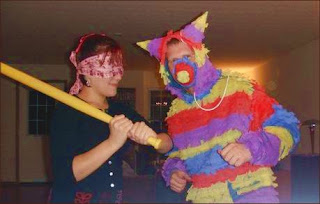 Due to the importance of this date, this post needs to be reflective, engaging and thought provoking.

Alas I'm writing it, and me being me, it will veer off into silliness instead. Sorry about that.

To the left is a photo of a person dressed up like a pinata, who has given his girl friend a baseball bat. That strikes me as being an extraordinarily bad idea, what with the natural urge to whack pinatas. Better safe than sorry, if you ever feel the urge to dress in that costume -- don't.

At any rate, why am I claiming this date is so important? On this date five years ago MeaninglessHotAir posted the very first post to this blog. The blog was a group blog started by people who commented at Roger Simon's pre-Pajamas Media blog. Since then some people have joined it and others have moved on.

So to all our post authors over the years, Roger who inspired us, our commenters, lurkers and one time visitors -- heck even to the Chinese spambots who inflate our modest traffic --  I hope you'll join me in wishing a Happy Fifth Birthday to our little corner of the internet.

Posted by ambisinistral at 12:01 AM 4 comments:


Posted by ambisinistral at 6:30 PM No comments: 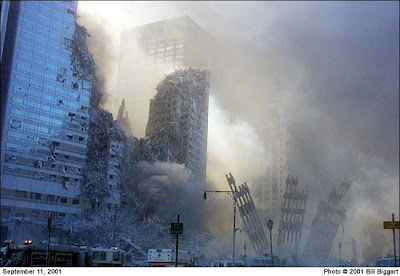 The picture above was taken by Bill Baggert. Shortly after it was taken the North Tower collapsed. Four days later his body was found in the wreckage, his cameras destroyed, but with one undisturbed compact flash card containing his final photographs. Rest in Peace Mr. Baggert.

You can read a little about him, see more of his pictures and other projects at the website Bill Braggert Photographer.
Posted by ambisinistral at 10:19 PM No comments:

A preacher with a minuscule congregation in north Florida threatens to burn a Koran and idiocy ensues.

Would I burn a Koran? No.
Do I care if a Koran gets burned? No.
Do I want the Arab street to dictate the shape of tolerance and the limits of free speech? Hell no.

I'll end this brief post with a word to our political leaders who feel they have to preemptively apologize about this -- STFU already. Americans aren't ashamed of the First Amendment,  Terry Jones is an inconsequential lout, and walking on eggs won't keep the Cartoonophobes from blowing a gasket over some perceived slight or another.

Besides, it's not like they have a good track record when it comes to this sort of thing... 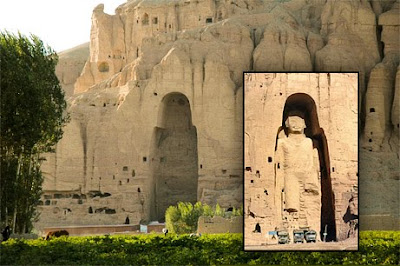 Prince Charles is bad enough, but now this? 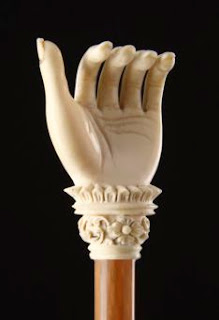 I must confess my faith in the common sense of the English has been badly shaken. Newslite has an article which lists, according to a poll of 3,000 Brits, the 20 most useless gadgets of all time.

Topping the list is the electric candle, which is hard to argue against. Also on it are such things as Laser guided scissors, egg boilers, fondue sets, electric carving knives and waffle irons; all which are admittedly useless things that end up cluttering the recesses of your kitchen cabinets.

So far so good. However, shockingly the Back Scratcher comes in number 7 on the list. Backer Scratchers useless? I think not!

If you have an itch below your shoulder blades the only options you have us to become a contortionist, run into the back yard and rub your back against a tree like a cat in heat, or reach for your handy miniature wooden hand on a stick. I know the choice I prefer. 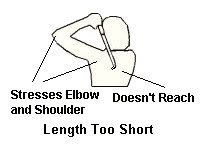 This being the internet I'll point you to Back Scratcher World where you can buy one online. Who knew you could pay up to $30 for a Premium Back Scratcher?

They also have pages on how to select, use and care for you back scratcher, as well as an informative Back Scratcher FAQ. What can I say -- unlike the silly English these people take their Back Scratchers seriously.
Posted by ambisinistral at 1:03 AM 9 comments:

Email ThisBlogThis!Share to TwitterShare to FacebookShare to Pinterest
Labels: back scratchers, Culture, Prince Charles is a doofus, useless gadgets

I subscribe to Stratfor, a website that provides analysis of global affairs. As part of the subscription they email me frequent items. After a couple of years of getting them  I've recently noticed, observant devil that I am, that some of them come with a copyright that allows me to reproduce them on my website.

You may be interested in reading them, so as an experiment I'm going to start posting them. If you like the articles I'll continue to post them. Leave you comments for or against. Here is the first...

MILITANCY AND THE U.S. DRAWDOWN IN AFGHANISTAN

The drawdown of U.S. forces in Iraq has served to shift attention toward Afghanistan, where the United States has been increasing its troop strength in hopes of forming conditions conducive to a political settlement. This is similar to the way it used the 2007 surge in Iraq to help reach a negotiated settlement with the Sunni insurgents that eventually set the stage for withdrawal there. As we've discussed elsewhere, the Taliban at this point do not feel the pressure required for them to capitulate or negotiate and therefore continue to follow their strategy of surviving and waiting for the coalition forces to depart so that they can again make a move to assume control over Afghanistan.

Indeed, with the United States having set a deadline of July 2011 to begin the drawdown of combat forces in Afghanistan -- and with many of its NATO allies withdrawing sooner -- the Taliban can sense that the end is near. As they wait expectantly for the departure of the International Security Assistance Force (ISAF) from Afghanistan, a look at the history of militancy in Afghanistan provides a bit of a preview of what could follow the U.S. withdrawal.

Read more »
Posted by ambisinistral at 8:58 PM No comments: