The silver lining of slaughter

You probably think that the Mongol slashing their way through Europe and Asia were a bad thing. Over the course of two centuries they destroyed civilizations and sacked numerous cities. They were also known being astonishingly cruel; when they captured the capital of Persia they murdered all of its inhabitants, even killing the dogs and cats in the streets. Estimates vary, but they killed tens, if not hundreds, of millions of people.

Can any good be wrung from such misery and suffering?

Well, perhaps that depends where your priorities lay -- people or carbon. How Genghis Khan cooled the planet discusses a Carnegie study by Julia Pongratz and Ken Caldeira that examined large scale historical disasters, the Black Death and the like, and estimated their effect on carbon production. From the post:


"It's a common misconception that the human impact on climate began with the large-scale burning of coal and oil in the industrial era," says Pongratz, lead author of the study in a press release. "Actually, humans started to influence the environment thousands of years ago by changing the vegetation cover of the Earth‘s landscapes when we cleared forests for agriculture."

The answer to how this happened can be told in one word: reforestation. When the Mongol hordes invaded Asia, the Middle East, and Europe they left behind a massive body count, depopulating many regions. With less people, large swathes of cultivated fields eventually returned to forests, absorbing carbon dioxide from the atmosphere.

Seems all a bit cold-blooded to me and I suspect their estimates are conveniently aimed guesses, but to be fair to Julia Pongratz and Ken Caldeira I haven't read their original paper, only this brief report on it, so I have no idea how sensationalized the article has painted their findings. Still, I wonder if they tried to match the Mongol Hordes' rampages with the actually historical temperature? I imagine they are trying to tie the Medieval Warming period to Genghis and his heirs, but it isn't clear from the part quoted.

At any rate, I'll leave you with John Wayne's portrayal of the newly anointed Mongol Eco Hero and Interpetive Dance enthusiast.

Posted by ambisinistral at 7:37 PM 2 comments:

I speak English not Newspeak 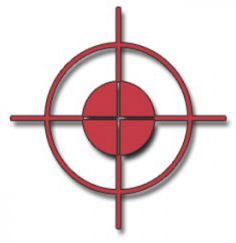 Tuesday, during a discussion of the Chicago Mayoral election a guest said something about Rahm Emanuel being in the crosshairs of his opponents.

CNN's John King, in a fit of new found Civility Posturing pompously said, "We were just having a discussion about the Chicago mayoral race my friend Andy Shaw…used the term 'in the crosshairs' in talking about the candidates out there. We're trying, we're trying to get away from that language. Andy is a good friend, he's covered politics for a long time, but we're trying to get away from using that kind of language.  We won't always be perfect, so hold us accountable when we don't meet your standards." (source: Washington Examiner)

No, we are not trying to get away from 'that language'. 'That language' is English and we all understand what the common expression crosshairs means in the context it was given.

Further, you can take your smarmy apology, fold it up and stick it where the sun don't shine (that's also just an expression Mr. King, but if you literally follow my suggestion that's OK by me). The real reason you're trying to vilify commonly used and widely understood expressions is because you lot made fools out of yourselves with hair-brained, and faintly slanderous, political theories while trying to hang a lunatic's action on your political opponents.

Mr. King, I speak English and I'll be damned if I'm going to vilify a common expression to provide the likes of you a smoke screen for your stupidity and pettiness. If you really want to be civil, man up and apologize -- otherwise bugger off and take your nonsense elsewhere.
Posted by ambisinistral at 4:21 PM No comments: 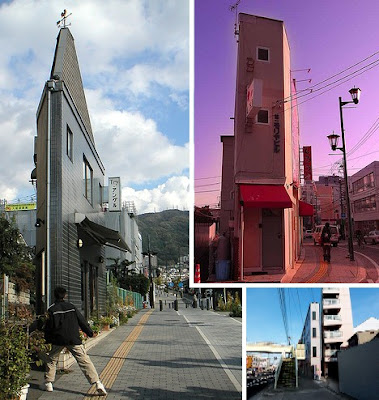 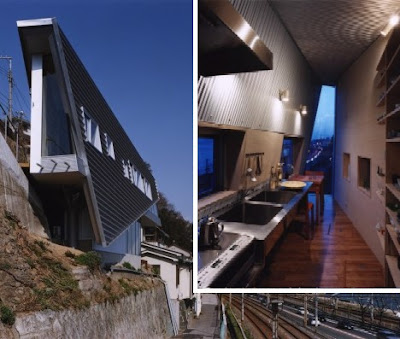 Necessity is the mother of invention. Space is at such a premium in Japan that they'll build extremely narrow buildings to fit into rectangular slices of lots. Although the spaces are long and thin, they can still be ergonomically designed so as not to be confining. At least that's what they claim, some of them look sufficating to me.

Above are some examples, with more at the Web Urbanist's post Narrower Towers: 20 of Japan's Thinnest Buildings.
Posted by ambisinistral at 10:32 PM No comments: 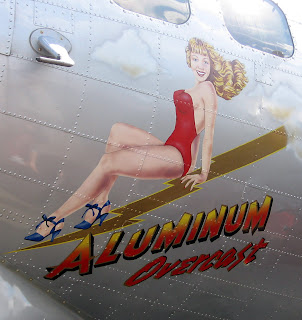 Read more »
Posted by ambisinistral at 9:46 PM No comments: 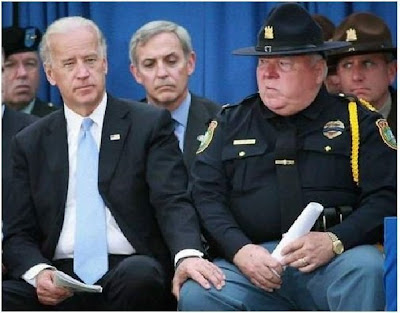 Posted by ambisinistral at 7:38 PM 2 comments: