"Insulting my intelligence and my standards will not win me over."

Yow. This is from a Democrat:


Getting not one bill passed in the first 6 years of his career in not inspiring. Having Emil Jones hand him the ball 26 times on the one-yard line in order to make Obama a United States Senator does not cut it either. What deals he made, he did to benefit no one but himself. He never worked long enough in either Senate to help the people who elected him. Andy, I could never imagine you taking credit for legislation someone else slaved over. Starting in his community organizing days he claimed sole responsibility for other people's accomplishments all for the purpose to boosting his career.

In terms of the campaign itself, I had the opportunity to witness his methods up close. During the primaries I was in 6 states, 2 of which had caucuses; it was not clean. El Paso was a joke with the Obama campaign stealing the caucus packets, locking supporters out - Intimidation 101, 102 and 103. Fair elections do not seem to be a priority in my birth state. No other machine exists from the days of Boss Tweed, but Chicago's. How many elected officials are in jail?They are the joke of the nation. It is called the Chicago machine for good reason.

It was clear that what I saw and experienced was not a fluke or isolated incidents, but coordinated, deliberate and arrogant. I got to see him and his organization for who he is and what it is - not inspiring, to say the least. Not something I would have, in business, endorsed in any way.

The audacity of hubris.

Stiffing our allies to favor our rivals.

The Democrats are winning the battle of staging.

The Devil's Business Dictionary, in pictures.

Educational growth, or its opposite, and economics.

The real psychic paper.
Posted by MeaninglessHotAir at 1:16 AM No comments:


The Corner on National Review Online: "Save the Males, for heaven's sake. This Washington Post piece on three 16-year-old girls shopping for bikinis in Tyson's Corner is begging for a dad to be on the scene. Mom's no help — one of them provides financial assistance because a teenage girl just has to have a bikini, you know. 'Bikinis are more popular because they're sexier. They draw a guy's attention.' Where's dad to just say no?"

Because, apparently, when she was growing up sixteen year old girls didn't want boy's attention.

I'm guessing she grew up on Mars.
Posted by Charlie Martin at 9:17 AM 2 comments:

Don't invest your billions in Russia.

A man's van is no longer his castle.

The right to conversion?

Water weirdness may be due to quantum weirdness.

The Sixties are always with us.

The end of the Reagan revolution.

Is NASA hiding the aliens?

I am the world; I am the President.
Posted by MeaninglessHotAir at 4:19 AM 1 comment:

Germany yes, troops no. Apparently the thought of doing something like this privately never crossed their minds.


Obama had been planning to go to Landstuhl Regional Medical Center in Germany before a flight to Paris. Gibbs said the stop was canceled because Obama decided "it would be inappropriate to make a stop to visit troops at a U.S. military facility as part of a trip funded by the campaign."

On the other hand:


MITCHELL: Let me just say something about the message management. He didn’t have reporters with him, he didn’t have a press pool, he didn’t do a press conference while he was on the ground in either Afghanistan or Iraq. What you’re seeing is not reporters brought in. You’re seeing selected pictures taken by the military, questions by the military, and what some would call fake interviews, because they’re not interviews from a journalist. So, there’s a real press issue here. Politically it’s smart as can be. But we’ve not seen a presidential candidate do this, in my recollection, ever before.

The politics of change.
Posted by Barry Dauphin at 9:59 PM No comments:

Can the French go back to work?

Watermelon in lieu of Viagra?

A tale of two flip-floppers.

Eventually all Europeans will hate Obama too.
Posted by MeaninglessHotAir at 3:17 AM 2 comments: 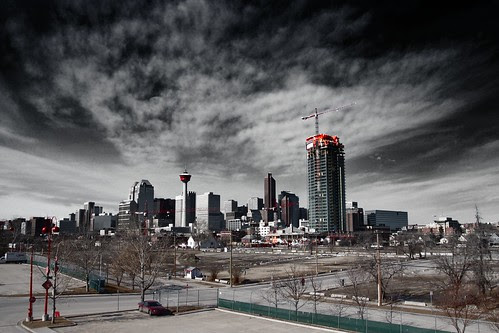 We weren't duped, but who cares anymore?

The trams of France.

Why every woman is a "10" from the male perspective.

The most dangerous country.

The growth of the Intermountain West.

Is the research paper tail getting shorter?

The point of maximum danger to the world economy.

A tribe found with no sense of number whatsoever. Is "innate mathematical sense" nonsense?
Posted by MeaninglessHotAir at 2:24 AM No comments:

The falling stock of the weak horse.

Losing the fight over gas prices.

15 sites to cut your operating costs.

The audacity of narcissism.

Leopard vs. crocodile—caught on camera.

The coming age of government activism.

Cold fusion researcher found to be guilty of scientific misconduct.

From sawdust to biofuel.

France's broken and immoral social model.
Posted by MeaninglessHotAir at 4:47 AM 1 comment:

The best places to have cancer.

Turns out we're Cro-Magnons, not Neanderthals.

The worst inflation since 1982.

The alternative to American power.

Is it an oil bubble?

A good use of Wordle. (H/T: Barry Ritholz)

Peering through the Earth to view the sky.
Posted by MeaninglessHotAir at 1:04 AM 1 comment: 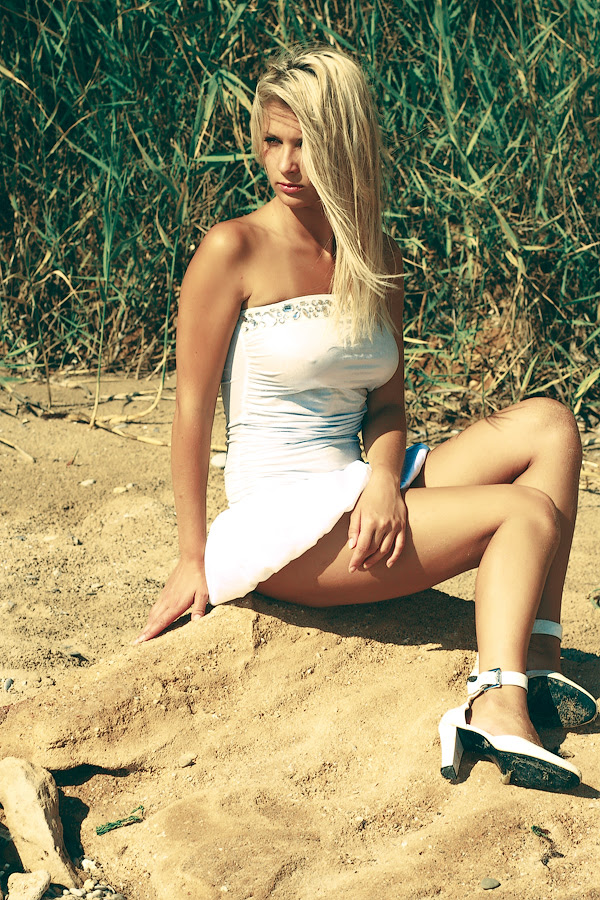 Is the war over?

Struck by lightning, she lives to tell the tale (and show you the video).

Is mocking now a thing of the past?

When you want those moquitoes to bite you.

Why the race is tied.

Is the US broke?

The saga continues: AOL + Microsoft? Is MapQuest the new Maps.Live?

Sex with her brother?

The latest in sweeteners.

Can you crack the mysterious missive?
Posted by MeaninglessHotAir at 2:26 AM 1 comment:

The blunt fact is this. In Iraq, al Qaeda is on the ropes, and the Shiite militias are badly off-balance. Now is exactly the time to continue the pressure to keep them from regaining their equilibrium. It need not, and probably will not, require large numbers of American casualties to keep this pressure on. But it will require a considerable number of American troops through 2009. ....

The benefits to the U.S. from seeing the fight through to the end far outweigh the likely costs. For one thing, Iraqis have shown their determination to increase their oil output, currently averaging 2.5 million barrels a day, as fast as they can – something that can only happen if their country is secure.—
Kagen, Kagen, and Keane at the WSJ

Posted by Charlie Martin at 11:15 AM No comments:

Email ThisBlogThis!Share to TwitterShare to FacebookShare to Pinterest
Labels: Islam

The game, in both the short term sense and the long term sense, is not as interesting as the introduction ceremonies of the All-Star Game were.

That was one heck of a ceremony for us baseball fans!

All the living Hall of Famers at each of the positions meeting today's All Stars. What a sight! Very good. Even Sheryl Crow singing the National Anthem couldn't put a dent in it.

Excellent! Nothing short of excellent.
Posted by Knucklehead at 7:45 PM 1 comment:

How the brain changes coordinates.

Autism and the miswired brain.

Half a million years of chat.

The ruthlessly imposed illusion of calm in Tibet.

The best movie endings ever.

Radical Islam is not compatible with French values.

China is fueling war in Darfur.

The great biofuels con.
Posted by MeaninglessHotAir at 2:35 AM 4 comments:

No Country For Old Men

What to make of articles such as this? Especially when juxtaposed with this. Can a nation be both cancerous and vibrantly healthy? (Both articles ht Arts & Letters Daily. And both articles from The New Republic.)
Posted by Knucklehead at 7:41 PM 2 comments:

Spare us the sob stories.

The coming of big data to the desktop.

Chinese spying is growing in the US.

A record drought in Colorado.

There's just not enough room on this planet for all three of us.

Is it just hot air?

Have sex, go to jail for six years.

All talk and no substance; all praise where praise is due.

The high priest of peak oil.
Posted by MeaninglessHotAir at 2:49 AM 2 comments:

Liberal Fascism on National Review Online: "I simply don't think the woeful state of popular ignorance should be considered a powerful argument against the accuracy of historical truth."

Posted by Charlie Martin at 8:49 AM No comments:

How to save the Republicans.

All that data that Google has been collecting on you for years?—it now belongs to any government that needs it.

Is Pakistan's ISI flexing its muscles in Afghanistan?

"Not only is self-righteousness a standard part of his work, it’s what he’s selling."

The new Hitler, or the new Lincoln?

Why the world's best technology company will win Yahoo.

Litvinenko was murdered by the Russian state.

The McCain campaign in turmoil.

The future of mind-machine control.

Already piling up the spin.

The other vice-presidential woman.
Posted by MeaninglessHotAir at 1:16 AM No comments:

Sitting around on the patio following a nice dinner a friend who is an Obbamamaniac mentioned, offhandedly, that US troops in and after Iraq and Afghanistan are being given very high levels of, for lack of any educated term, mind/mood drugs. This passed quickly while I wasn't paying close attention to that speaker and it only sunk in later, so I never had an opportunity to question the source or meaning. But I gather that he was suggesting that US troops (and, presumably, other allied troops) are having high levels of psychological problems.

I've searched a bit and found no mention of this. My initial thought is to suspect that it is along the lines of the "US troops committing suicide" exaggerations but since I'm not seeing anything about it I'm wondering where the heck it came from. Has anyone heard this coming from their loon buddies or seen this in the leftist press or anywhere else?
Posted by Knucklehead at 5:57 PM 4 comments:

Okay, I admit it. Obama is starting to freak me out.
Posted by Charlie Martin at 12:11 PM 6 comments:

Happy and not so happy countries.

Giving birth at the ripe old age of 70—to twins!

A death penalty for blogging.

Bring back the airships.

Who runs the world.
Posted by MeaninglessHotAir at 3:01 AM No comments:

five feet of fury.: "And for chrissakes: STOP JUST QUOTING Pastor Niemoller about 'doing nothing' -- and DO SOMETHING next time -- the VERY next time -- you hesitate to express your opinion because you're afraid of the thought police."

Posted by Charlie Martin at 12:08 PM No comments: 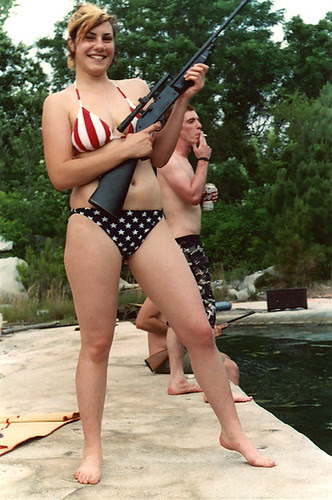 The rising flood of militant Islam in Pakistan.

Could the long tail theory be wrong after all?

The state of the woman-as-victim narrative, 2008.

The first images of the Solar System's invisible frontier.

Optimism is growing in Iraq.

The flat atom and its uses.

Still ignoring the coming entitlement tsunami.
Posted by MeaninglessHotAir at 2:46 AM 2 comments: 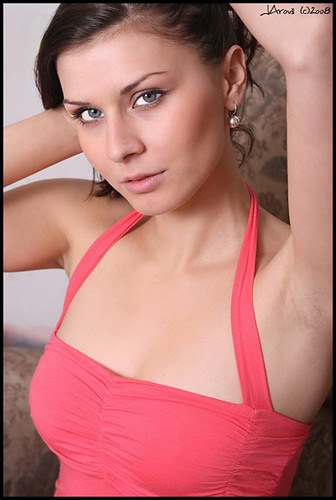 The future has a kill switch.

Why McCain is a hero.

How not to motivate people.

The medieval supernova—yesterday and today.

How to fix the schools.

Stem cells from any tissue.

50 songs to make you dance.

Pining for the Great Depression.

The new key to elections.
Posted by MeaninglessHotAir at 1:44 AM No comments:

Is the Secret Service illegally grabbing hackers in Deutschland? [Sorry, German version only.]

A genetically modified cure for AIDS?

From heroes to victims.

Stubble is the way to a woman's heart.

The best of the China blogs.

The last generation of Europeans?

Indian culture revealed.
Posted by MeaninglessHotAir at 2:45 AM No comments:

Powell is the ideal vice presidential candidate, no matter how you slice it.

The most extreme life forms.

Dreams from his Grandmother.

The value of working out.

Submarines for the drug cartels.

Leaving the Goog for the Soft.

A universal sentence structure?
Posted by MeaninglessHotAir at 6:07 AM No comments: