She's About A Mover

Get ready for a locomotive weekend with Ringo Starr.

Posted by ambisinistral at 6:16 AM No comments:

Posted by ambisinistral at 6:26 AM No comments:

True love is like ghosts, which everyone talks about and few have seen.
- Francois de La Rochefoucauld -

Get ready for a lactose deficient weekend with High On Us.

Email ThisBlogThis!Share to TwitterShare to FacebookShare to Pinterest
Labels: High On Us, Music, No Milk Today, TGIF

A day in a rice farmer's life

This video is from M'Lang which is on the island of Mindanao in southern Philippines. It shows the tedium of hard labor in the paddies, as well as bit in the middle that shows workers in a rice processing plant. I have to say, if i were born there, I would probably pack my bags and head for a factory job in the city and a shot at the sweet life like so many do.

The Dance of Death

These are Dance of Death pictures by the 19th century British artist Thomas Rowlandson. The Dance of Death genre, which first appeared in the 15th century as a reaction to the Black Death, featured the figure of Death coming to claim its victims. Sometimes they were a reminder that death comes to us all, but often they were little morality tales about the end waiting for the debauched.

These images, and those after the jump, art taken from Everything Old is New Again's post The English Dance of Death: Thomas Rowlandson’s Scathing Memento Mori 1814-1816. There are more examples there, as well was the captions that accompanied the illustrations. 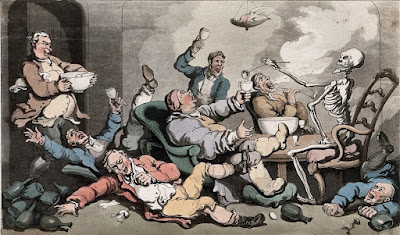 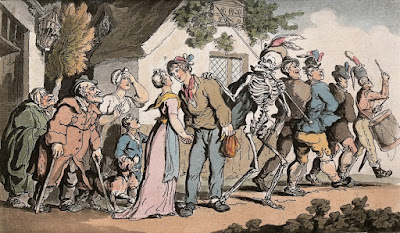 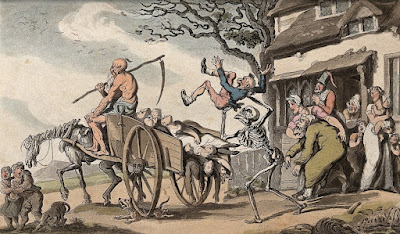 Read more »
Posted by ambisinistral at 1:43 PM No comments:

I'm not sure what kind of Easter message is delivered by babies using hammers to smash open eggs with live chicks in them, but who am I to question the Victorian mind? Anyway, have a good Easter.

Posted by ambisinistral at 7:01 AM No comments:

I Am The Highway

Get ready for a surpassing weekend with Brain Distillers Corporation.

Email ThisBlogThis!Share to TwitterShare to FacebookShare to Pinterest
Labels: Brain Distillers Corporation, I Am the Highway, Music, TGIF

A while back a scam baiting video popped up in my YouTube feed. In the video the supposed victim just babbled nonsense and toyed with the scammer. After watching it, my YouTube feed was awash with scam baiter videos. The videos in this post are from Wisconsin's Better Business Bureau. They put them out to demonstrate and warn against common scams. They do it by having Juliette call the scammers and leave them walk through their spiels.

This set is of a lottery scammer. Juliette has won $96,000 and only needs to send a small fee of $950.88 to get a 'Federal Golden Eagle Stamp of Approval' so's she can demonstrate to the U.S. government that the money has nothing to do with drugs or terrorism. Sounds legit to me. What funny about it is that the scammer tries to flirt with Juliette to gain her trust. Let's just say his flirting tactics are bit odd. By the way, do you know how long the Cold War lasted?

If you're interested in watching more serious looks at this Jim Browning is probably the best of the scam baiters. He runs a virtual computer and when the scammers have him download remote desktop software to manipulate his files he has a method to reverse the connection so he can see their machines. He'll spend time on their machines mapping their business networks and gives a pretty good picture of the behind the scenes operation of Indian service desk tomfoolery. Good stuff.

Edited to add: great minds think alike. Today Borepatch posted If it looks too good to be true, it probably is discussing scammers.

Posted by ambisinistral at 11:06 AM 2 comments:

Email ThisBlogThis!Share to TwitterShare to FacebookShare to Pinterest
Labels: scam

These are pictures of restaurants, diners and street vendors from the mid 20th century. They feature both servers and cooks. I like the picture immediately below of the two fellows eyeballing the waitress -- I imagine she got a good tip. 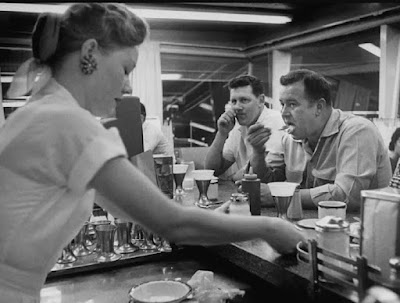 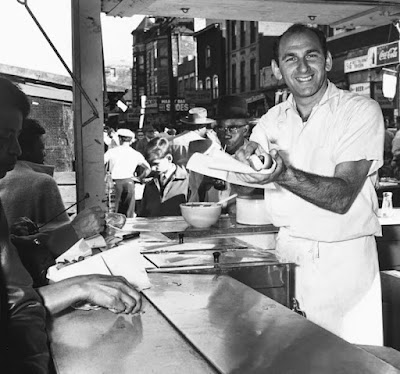 Read more »
Posted by ambisinistral at 11:34 AM No comments:

Email ThisBlogThis!Share to TwitterShare to FacebookShare to Pinterest
Labels: food

Get ready for a ghosted weekend with Accidental Charm.

Posted by ambisinistral at 8:03 AM 2 comments:

Email ThisBlogThis!Share to TwitterShare to FacebookShare to Pinterest
Labels: Accidental Charm, Music, She's Not There, TGIF

The person who runs the Solo Travel Japan YouTube channel takes an older overnight ferry from Kobe to Miyazaki in Japan. The sea portion of the trip done, he eventually ends up in an airport restaurant to taste a chicken specialty of Miyazaki.

What's odd is you see very few people in the video, which isn't exactly the image of crowded Japan that usually comes to mind. There were a lot of trucks aboard it, perhaps it doesn't get a lot of passenger use.

Edit to add: gah... sorry about that, you need to click on YouTube before you can view it. I guess the author is worried about it getting properly monetized. YouTube is getting increasingly annoying to use.

Spread across the U.S. are a number of large concrete arrows. They are remanent of the early days of airmail. At the time pilots navigated by sight using landmarks to orient themselves. At night visual navigation was not practical. In order to facilitate nighttime flights a system of illuminated concrete arrows was implemented. From Sometimes Interesting's article Concrete Arrows and the U.S. Airmail Beacon System:

By 1924 the Postal Service developed a solution that was effective, if not elegant.

A system of ground-based navigation beacons extending from New York to San Francisco would help pilots fly across the country at night and ultimately be the world’s first such system.

The early iterations of the system used approximately 1,500 airmail beacons, each constructed roughly between 3 and 5 miles apart. The beacons featured a 50-foot tower with rotating lights placed on top of concrete foundations in the shape of giant arrows measuring between 50 and 70 feet long. To increase visibility of the concrete arrows, they were painted bright yellow.

Improvements to aerial navigation soon rendered the system obsolete and it fell into disrepair. There are still some of the concrete arrows existing, although they are often in remote locations and in bad shape. 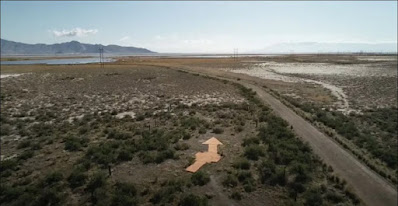 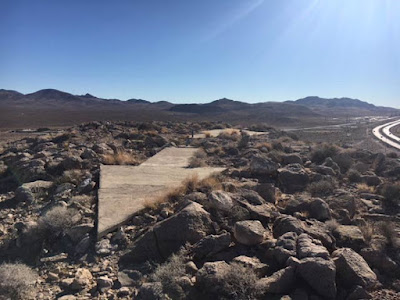 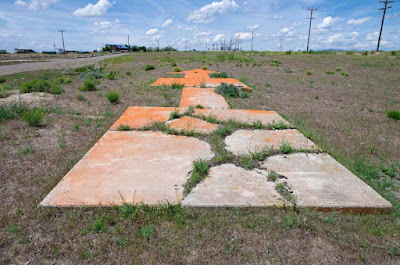 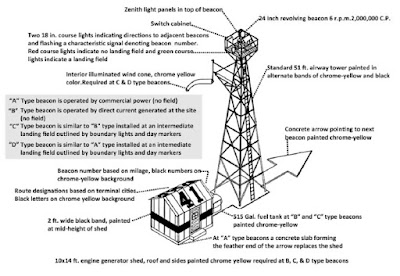 I Want You To Want Me

Get ready for an imploring weekend with Postmodern Jukebox featuring Sara Niemietz.