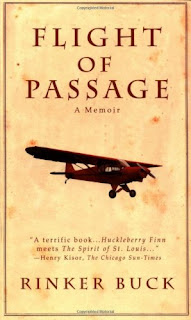 I have been remiss for multiple days 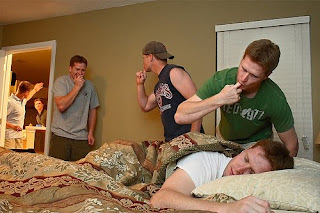 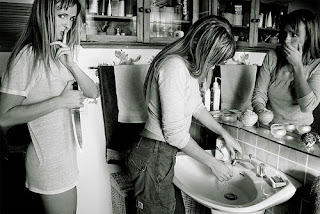 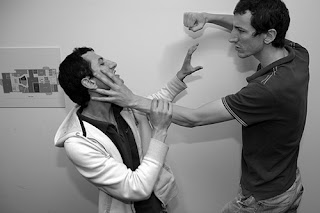 Gah! It has been a lot longer than I thought since I've last posted.

In the past I have posted pictures of people blending themselves with record album covers and money. Recently I discovered another small internet photo fad -- multiplicity. People take multiple pictures of themselves and then photoshop them together to get an image with themselves appearing numerous times in it.

Most just turn out to be people making funny faces and what-not, but I like the three shown here because each told a little story.

In the top one we view a string of hims trying to suppress giggles as they are about to execute a prank on their sleeping self.

Finally, the man fights himself, grabbing his face and arm in the process. Technically, it is probably the best of the lot.


Posted by ambisinistral at 9:03 PM No comments: