These are book covers, from the British Library Collection, of old  19th Century western pulp novels. They are cheap and sensational looking, but they none-the-less  must have established a lot of the tropes and cliches used by later western novels and movies.

I've never read one, I think I'll dig around Project Gutenberg and see if they have a few. I'll post about it if I'm successful. Of course there are more covers after the jump. 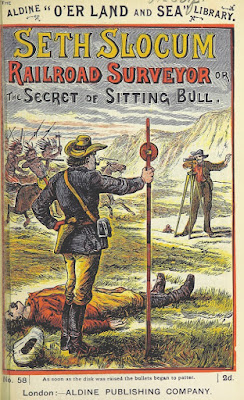 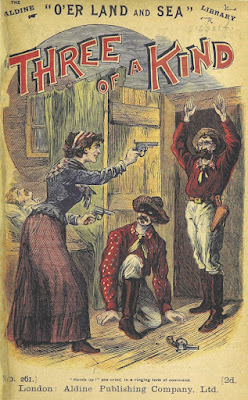 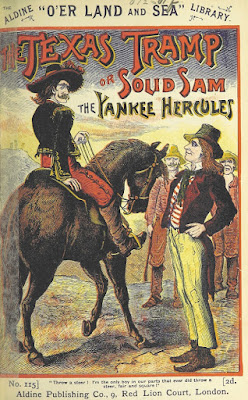 Read more »
Posted by ambisinistral at 6:18 PM No comments:

Early in the Cold War, before rocket power and ICBMs, both the US and Russia experimented with nuclear powered bombers. The idea was the aircraft could stay aloft for days or weeks to deliver a counter-strike should airfields be knocked out early in a war.

Above is a video of portions an American nuclear propulsion system, s well as an early breeder reactor, located in rural Idaho.

Posted by ambisinistral at 7:50 PM No comments:


Regulars will know I appreciate old scientific illustrations (some are here, here, here and here). As reflected in his work, the Paris based artist Steeven Salvat must appreciate their aesthetics as well. Here is some of his work from his series Mechanical/Biological where he combines the style of 19th century naturalist's drawing of crustaceans exteriors with a mechanic's innards of gears and clockwork.

There are more after the page jump, and much more of his work at his link. 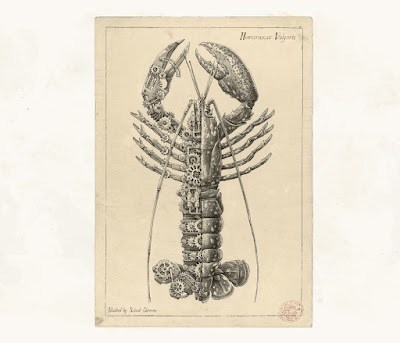 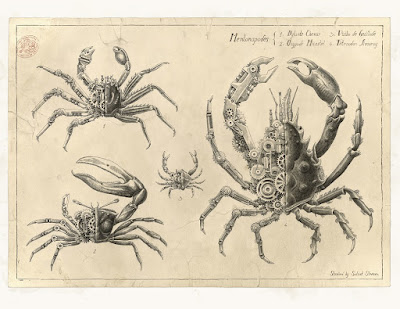 Read more »
Posted by ambisinistral at 5:37 PM No comments:

When I was young they scared us to death with atomic war. Fallout shelters, mutants, duck-and-cover and all that. Now I've noticed they scare people to death with pandemics. AIDS, bird flu, Ebola -- even a cholera outbreak in Haiti.

Neither world-wide devastation fear has come true yet. In the present epidemics have been largely localized,  but in the past epidemics and plagues were a sad part of life. People of my parents' age spoke of the horrors of polio -- the Saulk vaccine was a miracle to them.

By the end of the 19th century they knew rats and fleas carried disease. They also knew fumigation could help clear contaminated buildings and ships.

A machine used on large spaces was the Clayton Disinfector. It burned sulfur to create fumes, cooled them and then pumped them into the space needed fumigation. It was used on hospitals and other large infected buildings. It was also mounted on tugs to fumigate ships entering harbor (shown in the drawing below). 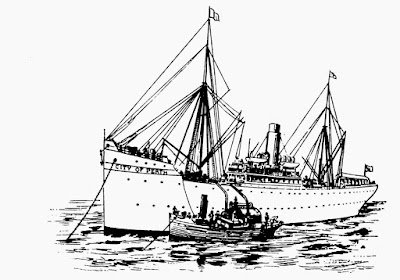 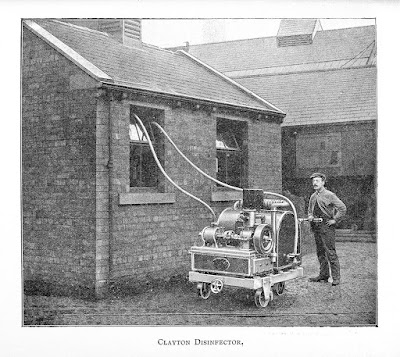 Posted by ambisinistral at 7:07 PM No comments:

Inside an Abandoned Copper Mine

The YouTube channel Exploring Abandoned Mines is the creation of a group of fellows who explore old, abandoned mines in the west. It features a lot of videos of various mines. The only knowledge I had of mine interiors was from Hollywood movies, and seeing the real thing was quite surprising.  There are more videos at the link.

Posted by ambisinistral at 5:07 PM No comments: 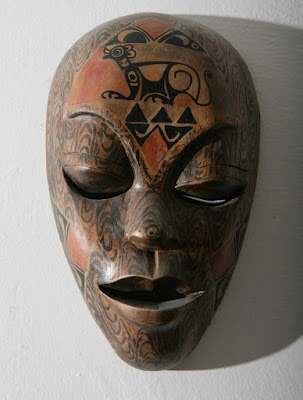 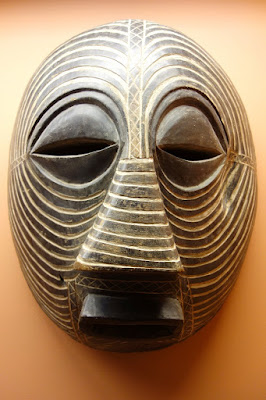 Read more »
Posted by ambisinistral at 5:41 PM No comments: