Oh darn, he's caught on to me. 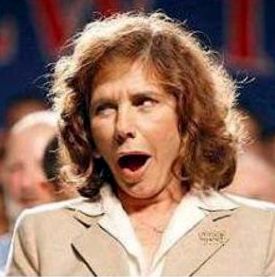 John Kerry, speaking in the Boston Globe (emphasis mine): "We're in a period of know-nothingism in the country, where truth and science and facts don't weigh in. It's all short-order, lowest common denominator, cheap-seat politics."


All I've got to say in reply is, "lighten up pal -- the bleachers are all I can afford. Not all of us can manage to land a prickly Ketchup Heiress who will buy us box seats."
Posted by ambisinistral at 11:23 PM 1 comment:

Where the Luddites are... 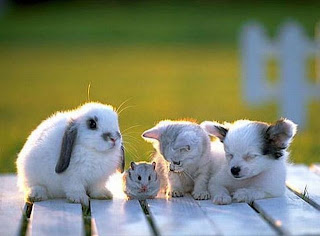 I've noticed there has been a huge uptick in articles about biodiversity in the last few weeks. Much of this is driven by that fact that the 10th Conference of the Parties to the Convention on Biological Biodiversity (COP10) is being held in Nagoya Japan.


Biodiversity is a problem, particularly in the area of over fishing controversy and the difficulty in setting fishing polices between nations. Larger exotic mammals are also threatened, and of course there is the frightening problem of the resurgence of  wheat stem rust. All serious topics for conservationists.


Unfortunately, the biodiversity issue is also a powerful Luddite magnet In fact for a brief time, after the Great Hole in the Ozone Crisis and before the rise of AGW, it was the Luddite issue of choice. I suspect with Climate Change losing steam it will return to the front burner with that group.

On biodiversity we're already seeing things like the following:

Prentice argues that biodiversity protection is not just up to national governments.

"Municipalities have to share that responsibility," he said. "And, frankly, all of us as citizens have to be interested in protecting the biodiversity of the planet."

She cited the plight of the Blanding's turtle in the South March Highlands of the Ottawa suburb of Kanata. The turtle is an threatened species and shares the Highlands with 18 other threatened species. That didn't stop the City of Ottawa from splitting its habitat in half with a road extension.

Back to the Biodiversity Drawing Board


The strategy says biodiversity should be ''mainstreamed'' - that all Australians must take responsibility for improving wildlife protection if threatened ecosystems are to have the best chance of surviving climate change.
It calls for a 25 per cent boost in the number of Australians and organisations taking part in biodiversity conservation.

''If we continue to live unsustainably, we risk the degeneration of the ecological systems that support our life and our nation's productivity,'' says the report, endorsed by state and federal environment ministers. The Natural Resource Management Ministerial Council strategy is likely to receive a mixed response from green groups, which have called for more ambitious targets to protect threatened species.

Biodiversity plan to lock up land

and of course what Luddite could ignore genetic engineering in an issue like this:

The 12-day Convention on Biological Diversity summit in Nagoya is intended to head off the rapid loss of plant and animal species that is happening around the world. The belief is that a more diversified global ecosystem has a better chance of protecting life.

To facilitate this, summit participants are looking at things like hard targets to prevent deforestation and implementing new rules and regulations that would see victims of biodiversity loss compensated. They are also examining potential rules on sharing genetic material to ensure corporations don't get a stranglehold over biodiversity.

But Canada has already been blamed for being obstructionist in several aspects of the biodiversity meetings. Chief among these is the fact that Canada objects to a reference to the UN Declaration on the Rights of Indigenous Peoples in a protocol over sharing the proceeds from the sale of genetic material with sovereign populations.

For that, Canada has already won a "Dodo Award"—similar to the Fossil Awards handed out during climate change summits—by a network of NGOs following the bio-diversity summit.

Let's see... turtles, check; sustainability, check; UN Declaration, check. Been there and done that, and  I'm also sure there is a shake down of money in there somewhere that I've missed.

The shame of it is that this is a serious issue. Conservation, like pollution reduction, is a worthy goal. However, already I'm seeing the usual buzzwords, wild 'goals' being demanded and tisk-tisking over humans daring to cast their shadow on the Earth.

Posted by ambisinistral at 6:31 PM No comments:

The album which morphed into the Buena Vista Social Club was originally intended to be a collaboration between musicians from Cuba and Mali. Problems with passports, visa or scheduling caused the Malian musicians to miss the original recording date so the producer cobbled together the group that eventually recorded the well received album.

As Will Hodgkinson in his article AfroCubism: Buena Vista take two relates, ""The conversations I  had with the Malian musicians after Buena Vista came out consisted of two subjects. They were: 'Oh shit', and 'When can we try doing it again?'" says Gold, who has finally made his planned Afro-Cuban collaboration happen, 14 years after the event."

Above is a clip of the musicians finally playing together.

Such a collaboration isn't at all surprising. West African music moved across the Atlantic with the slave trade and through the Caribbean where it split north to the States and south to Brazil. Since then the Caribbean, American and Brazilian have reflected their influences back to West African.

Below is a clip featuring Toumani Diabate, from the AfroCubism clip above, playing with Ali Farke Toure who's music I linked to in my previous post Father & Son. In that earlier clip the blues influences were obvious, in this clip one can hear the subtle Latin influences.

Posted by ambisinistral at 5:44 PM No comments:

Throwing cameras into the air 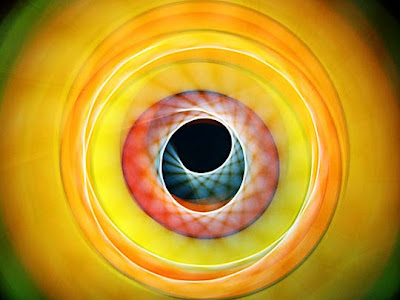 Ceth Studio has a post about Kinetic Photography. Above, and after the fold, are some examples of pictures taken using the technique. It is something a number of people are experimenting with. There are flikr streams with more examples of it and, if you want to risk your camera tossing it into the air to try it yourself, there is information on how to at  Camera Toss (The Blog).


Read more »
Posted by ambisinistral at 10:05 PM No comments:

Madness to their method

It may be my imagination, but the Democrats' national campaign sure appears to have gone off the rails.

Colbert's appearance before a Congressional Committee was baffling. First off, why would they think that anybody would believe that he had anything to offer to the immigration debate? Secondly, could they not anticipate how unserious they would look giving a comedian their hearing as a stage?


Since then Obama has spent an inordinate amount of time on college campuses. Yea, that's part of their base and he's polling bad, but at some point don't they feel they have to defend their record instead of making jokes about Republicans drinking slurpees after they drove that car off of the road? Do they think nobody notices their darting and weaving?


And the planned MTV appearance... do they really think hiding the President in the manufactured 'coolness' of MTV is not going to look silly? They would be better off releasing pictures of him playing golf then putting him in that venue at this point of the fall campaign.

Finally, the Colbert and Stewart's "Rally to Restore Sanity" vs "March to Keep Fear Alive" stunts the weekend before the election. Ka-boing! Obama is spending his time trying to hector youth into voting and the last image they're going to get before the polls open is some sort of ironic mockery of rallies. Eh, what good is that supposed to do the Dems?


What are they thinking?

Posted by ambisinistral at 7:11 PM 7 comments:

Stratfor on terror alert and uranium in India 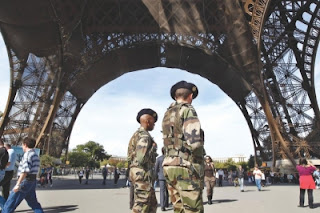 Below is another article from Stratfor. It concerns the current warning of possible terror operations like those that occurred in Bombay two years ago. The idea he discusses -- what is the correct level of response to such warnings -- is a difficult one to answer.

As an example, today we have news of a man arrested with 1kg (2.2lbs) or uranium in India. It is frightening to consider its intended customers and usage.

Terrorism, vigilance and the limits of the War on Terror
By George Friedman, October 5, 2010

The U.S. government issued a warning Oct. 3 advising Americans traveling to Europe to be "vigilant." U.S. intelligence apparently has acquired information indicating that al Qaeda is planning to carry out attacks in European cities similar to those carried out in Mumbai, India, in November 2008. In Mumbai, attackers armed with firearms, grenades and small, timed explosive devices targeted hotels frequented by Western tourists and other buildings in an attack that took three days to put down.

European security forces are far better trained and prepared than their Indian counterparts, and such an attack would be unlikely to last for hours, much less days, in a European country. Still, armed assaults conducted by suicide operatives could be expected to cause many casualties and certainly create a dramatic disruption to economic and social life.

The first question to ask about the Oct. 3 warning, which lacked specific and actionable intelligence, is how someone can be vigilant against such an attack. There are some specific steps that people can and should take to practice good situational awareness as well as some common-sense travel-security precautions. But if you find yourself sleeping in a hotel room as gunmen attack the building, rush to your floor and start entering rooms, a government warning simply to be vigilant would have very little meaning.


Read more »
Posted by ambisinistral at 6:59 PM No comments:

Nokia sells the N8 Smartphone which has a 12 MP camera with Karl Zeis optics. A company called Fletcher has added optics to it and created a unit called CellScope which can be used for mobile medical microscopy. This allows a microscope to be taken into the field, a photograph taken with it and then sent via the phone to be analyzed. Altogether a remarkable confluence of technologies.

To market it Nokia partnered with Sumo Science to create a number of films show casing it. Above is the world's smallest stop action heroine Dot as she flees across a miniature landscape from a fraying carpet. Below is a video that shows how they made the film. Both are well worth watching


Posted by ambisinistral at 8:16 PM No comments: