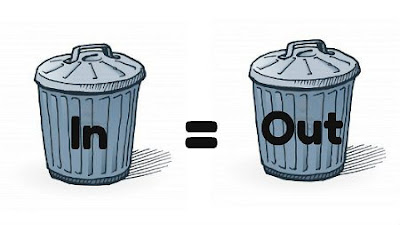 The eight steps of the newest news cycle:

1. - There is an attack, using a gun, knife, car, etc., against multiple people in a public space.
2 - I think to myself, "Crap. The Mohammedans are at it again."
3 - Officials warn me not to jump to conclusions about the nature of the attacker.
4 - The media speculates it may be the work of a right-wing gun nut.
5 - It turns out that the attackers name is Mohamed, Abdul, Faisal, etc.
6 - They are reported to have yelled, "Allahu Akbar" while attacking.
7 - The news media puzzles over what their motives could have been.
8 - My cynicism, disgust and frustration deepen.

Posted by ambisinistral at 6:26 PM No comments:

Email ThisBlogThis!Share to TwitterShare to FacebookShare to Pinterest
Labels: War on Terror


Back in the day, in spaces where men stored tools -- workshops, garages, etc. -- they also hung cheesecake calendars provided by vendors. One of the most classic of those calendars was the Ridgid Tools calendar, featuring the Miss Rigid of the month.

When I was old enough to notice cheesecake, the Miss Ridgids were models (Raquel Welch was a Miss Rigid), but before that they were illustrated. On this page, and below the fold, are some of those older illustrated cheesecake girls. Enjoy.

By the way, as for their current calendar Rigid Tools states, "The 2017 Calendar is not a pin-up style calendar. Instead you’ll find mantras chosen by tradespeople like you and unique artwork designed by tattoo artists and illustrators." Bleh. 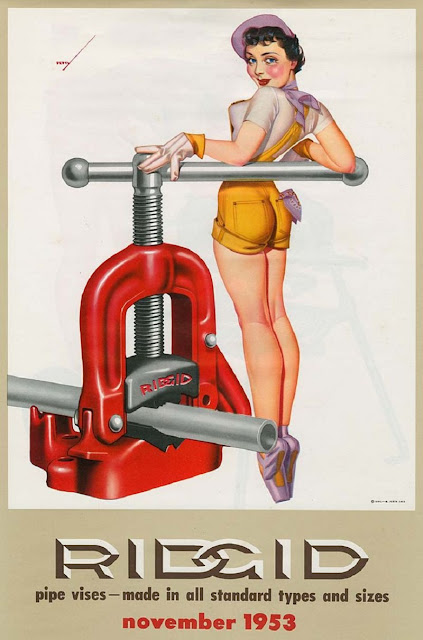 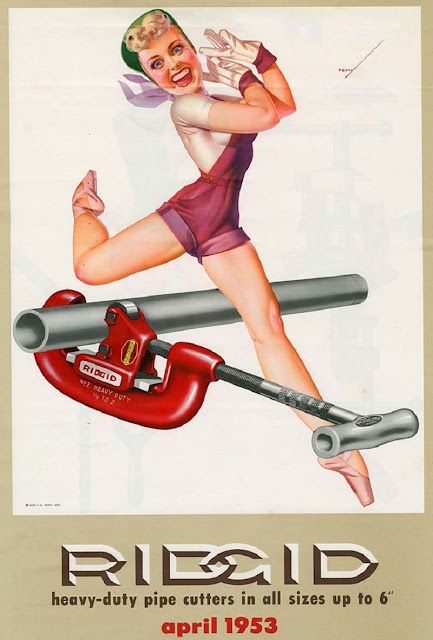 Read more »
Posted by ambisinistral at 12:35 PM No comments: 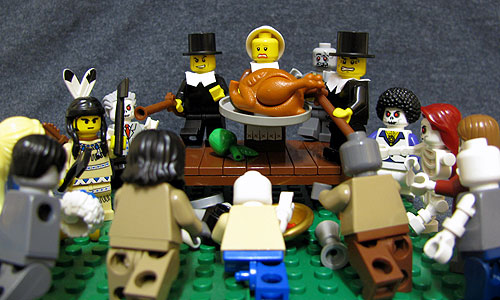 For those unlucky enough to have political zealots on both sides of the aisle, well ... enjoy them screaming at each other while you munch on your turkey this year. Remember -- patience is a virtue. For those with civil relatives, count that as another thing to be thankful for.

At any rate -- Happy Thanksgiving all.

Posted by ambisinistral at 4:08 PM No comments: 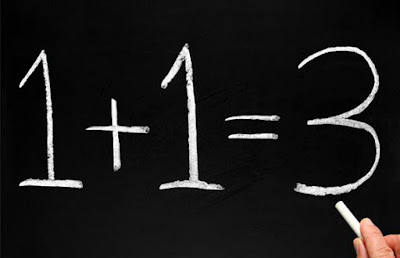 Below are a couple of quotes pulled from the Washington Post article Keith Ellison, Howard Dean offered as possible DNC chairs as Democrats seek to regroup.

Sanders said the reasons for Clinton’s loss were “fairly obvious” and cited two factors: lower turnout by the Democratic base and the Republican nominee’s far greater appeal to white, working-class voters, which Sanders dubbed “a humiliation for the Democratic Party.”

In an interview, Sanders said he is lobbying for (Keith) Ellison (for the position of DNC Party Chairman) and argued that the DNC needs to be reoriented so that it becomes less of an insiders' club “preoccupied” with raising money and more of an advocate for the concerns of the working class.


Really, the Democrats think the working class whites in fly-over country are craving the likes of Keith Ellison to return them to the fold?

There is a Scene at the end of Bill and Ted's Excellent Adventure where the two time-traveling high schoolers have brought back historical figures for the final project of their history class. They are on a stage giving a presentation, part of which is Napoleon standing in front of a table with a map of Europe on it. On the map Napoleon has little toy soldiers arrayed in preparation for the invasion of Russia.

Bill (or was it Ted?) wanders over, looks at it and says, "no offense dude, but I don't think that's going to work."

Seems like an appropriate response to Keith Ellison as the Great White Hope.

Posted by ambisinistral at 10:37 AM No comments:

Below is an old post of mine, originally put up on July 4th of 2010. In light of the election it seems relevant. Indeed, "People will come together and cry: enough! ". Only it wasn't in fond nostalgia of the wise old elite, instead it was a lot of people who resented being called simpletons for their opinions. Anyway, the election brought this song and post to mind...

As for coming together and crying "enough"? That is exactly what our 4th of July celebrates and we'll have our Gadsden flags mingled with the Stars and Stripes. Happy 4th of July to you all.
Posted by ambisinistral at 4:43 PM No comments: