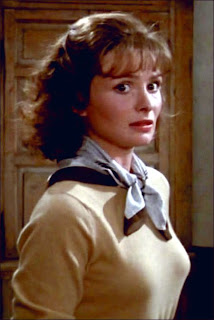 In light of the recent bombings and other acts of sabotage in Iran Scott Stewart discusses the covert war taking place against Iran by Israel, the U.S. and perhaps other nations and groups, as well as the Iranian moves and counter-moves in the covert war.

The article is primarily a review of the major acts that we are aware of, from the 2007 defection of Iranian nuclear scientists, the seizure of British service personnel, Stutnex, assassinations and so forth.

In his review he doesn't make mention of the numerous attacks on police stations and officials by internal Iranian forces, which seems like an oversight since those groups, principally the Kurdish separatist factions, are likely providing support and intelligence to any Western covert efforts.

The Abrahams/Zucker comedy Top Secret!, as you might expect,  isn't exactly a conventional French Underground movie. It actually takes place during the Cold War, but once our hero Nick Rivers, a 1950s style rock n' roll star, enters East Germany our villains become Nazis instead of the Stasi, and for some reason there is a band of Frenchmen with ridiculous names battling them. Although one of the lesser known Abrahams/Zucker movies, it is a funny film and well worth watching if you haven't seen it.

Ms Gutteridge had an active film and TV career between 1978 and 1993 when she retired. Of interest, considering this article, is the fact that she is the great-great-great-granddaughter of Muhammad Ali, the founder of modern Egypt. Sure, Egypt isn't Iran, but if you remove Jordan, Lebanon, Israel, Syria and Iraq they're practically next door neighbors and such geographic approximation is always good enough in the choosing of a Hot Stratfor Babe.

As a bonus, after the article I've included two video clips. The first is a lovely dance scene, and the second is Nick Rivers singing his hit single, Straighten the Rug. Enjoy.


The Covert Intelligence War Against Iran
By Scott Stewart, December 8,2011

There has been a lot of talk in the press lately about a “cold war” being waged by the United States, Israel and other U.S. allies against Iran. Such a struggle is certainly taking place, but in order to place recent developments in perspective, it is important to recognize that the covert intelligence war against Iran (and the Iranian response to this war) is clearly not a new phenomenon.

Indeed, STRATFOR has been chronicling this struggle since early 2007. Our coverage has included analyses of events such as the defection to the West of Iranian officials with knowledge of Tehran’s nuclear program; the Iranian seizure of British servicemen in the Shatt al Arab Waterway; the assassination of Iranian nuclear scientists; the use of the Stuxnet worm to cripple Iranian uranium enrichment efforts; and Iranian efforts to arm its proxies and use them as a threat to counteract Western pressure. These proxies are most visible in Iraq and Lebanon, but they also exist in Yemen, Afghanistan, Syria, the Palestinian territories, Saudi Arabia and other Gulf states.

While the covert intelligence war has been under way for many years, the tempo of events that can readily be identified as part of it has been increasing over the past few months. It is important to note that many of these events are the result of hidden processes begun months or even years previously, so while visible events may indeed be increasing, the efforts responsible for many of them began to increase much earlier. What the activities of recent months do tell us is that the covert war between Iran and its enemies will not be diminishing anytime soon. If anything, with the current withdrawal of U.S. troops from Iraq and Iranian nuclear efforts continuing, we likely will see the results of additional covert operations — and evidence of the clandestine activity required to support those operations.

All eyes were on this covert intelligence war after The New York Times published an article Jan. 15 reporting that the United States and Israel worked together to create and launch Stuxnet against the Iranian nuclear program. The visible events related to the intelligence war maintained a relatively steady pace until Oct. 11, when the U.S. Department of Justice announced that two men had been charged in New York with taking part in a plot by the Iranian Quds Force to kill Saudi Arabia’s ambassador to the United States, Adel al-Jubeir, on U.S. soil.

In early November, a new International Atomic Energy Agency (IAEA) report was issued detailing Iranian efforts toward a nuclear weapons program. While this report did not contain any major revelations, it did contain new specifics and was more explicit than previous IAEA reports in its conclusion that Iran was actively pursuing a nuclear weapons program. The IAEA report resulted in an Israeli-led diplomatic and public relations campaign urging more effective action against Iran, ranging from more stringent sanctions to military operations.

Then, in the early afternoon of Nov. 12, explosions occurred at an Islamic Revolutionary Guard Corps (IRGC) ballistic missile base near Tehran, killing 17 people, including a high-ranking IRGC commander who was a critical figure in Iran’s ballistic missile program. Iran has insisted the blast was accidental, but speculation has since spread that the explosion could have been part of a sabotage operation carried out by Israeli intelligence. Israeli intelligence officials also have undertaken not-so-subtle efforts to ensure that outside observers believe they were responsible for the blasts.

Later on Nov. 12, the Bahraini government went public with the discovery of an alleged plot involving at least five Bahrainis traveling through Syria and Qatar to carry out attacks against government and diplomatic targets in Bahrain. Iran vehemently denied it was involved and portrayed the plot as a fabrication, just as it responded to the alleged plot against the Saudi ambassador.

The next day, the Iranian press reported that Ahmad Rezai, the son of Mohsen Rezai — who is the secretary of Iran’s Expediency Council, a former IRGC commander and a presidential contender — was found dead at a hotel in Dubai. The deputy head of the Expediency Council told the Iranian press that the son’s death was suspicious and caused by electric shocks, while other reports portrayed the death as a suicide. [continued after the jump]

On Nov. 20, the Los Angeles Times reported that U.S. intelligence officials confirmed the CIA had suspended its operations in Lebanon following the arrest of several of its sources due to sloppy tradecraft on the part of CIA case officers assigned to Beirut. Following this report, the Iranian government announced that it had arrested 12 CIA sources due to tradecraft mistakes. We have been unable to determine if the reports regarding Lebanon are true, merely CIA disinformation or a little of both. Certainly, the CIA would like the Iranians to believe it is no longer active in Lebanon. Even if these reports are CIA spin, they are quite interesting in light of the Oct. 11 announcement of the thwarted assassination plot in the United States and the Nov. 12 announcement of the arrests in Bahrain.

On Nov. 21, the United States and the United Kingdom launched a new wave of sanctions against Iran based on the aforementioned IAEA report. The new sanctions were designed to impact Iran’s banking and energy sector. In fact, the United Kingdom took the unprecedented step of totally cutting off Iran’s Central Bank from the British financial sector. The Canadian government undertook similar action against the Central Bank of Iran.

On Nov. 28, there were unconfirmed press reports of an explosion in Esfahan, one of Iran’s largest cities. These reports were later echoed by a STRATFOR source in Israel, and U.S. sources have advised that explosions did occur in Esfahan and that they caused a significant amount of damage. Esfahan is home to numerous military and research and development facilities, including some relevant to Iran’s nuclear efforts. We are unsure which facilities at Esfahan were damaged by the blasts and are trying to identify them.

Elsewhere on Nov. 28, Iran’s Guardians Council, a clerical organization that provides oversight of legislation passed by Iran’s parliament, approved a bill to expel the British ambassador and downgrade diplomatic relations between the two countries. The next day, Iranian protesters stormed the British Embassy in Tehran, along with the British Embassy’s residential compound in the city. The angry — and well-orchestrated — mob was protesting the sanctions announced Nov. 21. Iranian authorities did not stop the mob from storming either facility.

On Dec. 1, the European Union approved new sanctions against some 180 Iranian individuals and companies over Iran’s support of terrorism and its continued nuclear weapons program. The European Union did not approve a French proposal to impose a full embargo on Iranian oil.

In the early hours of Dec. 4, a small improvised explosive device detonated under a van parked near the British Embassy building in Manama, Bahrain. The device, which was not very powerful, caused little structural damage to the vehicle and none to the building itself.

The next day, an unnamed U.S. official confirmed Dec. 4 reports from several Iranian news outlets that Iran had recovered an RQ-170 “Sentinel” unmanned aerial vehicle (UAV) in Iranian territory. The Iranian reports claimed that Iranian forces were responsible for bringing down the Sentinel — some even said the Iranians were able to hack into the UAV’s command link. U.S. officials have denied such reports, and it is highly unlikely that Iran was able to take control of a UAV and recover it intact.

The United States is currently in the process of completing the withdrawal of its combat forces from Iraq. With the destruction of the Iraqi military in 2003, the U.S. military became the only force able to counter Iranian conventional military strength in the Persian Gulf region. Because of this, the U.S. withdrawal from Iraq will create a power vacuum that the Iranians are eager to exploit. The potential for Iran to control a sphere of influence from western Afghanistan to the Mediterranean is a prospect that not only frightens regional players such as Israel, Saudi Arabia and Turkey but also raises serious concerns in the United States.

Because of this difficulty, we have seen the Israelis, Americans and their allies attacking Iran through other means. First of all, they are seeking to curb Iran’s sphere of influence by working to overthrow the Syrian regime, limit Iran’s influence in Iraq and control Hezbollah in Lebanon. They are also seeking to attack Iran’s nuclear program by coercing officials to defect, assassinating scientists and deploying cyberwarfare weapons such as the Stuxnet worm.

It is also necessary to recognize that covert action does not occur in a vacuum. Each covert activity requires a tremendous amount of clandestine intelligence-gathering in order to plan and execute it. With so much covert action happening, the clandestine activity undertaken by all sides to support it is obviously tremendous. But as the frequency of this activity increases, so can sloppy tradecraft.

Finally, as we examine this campaign it is remarkable to note that not only are Iran’s enemies using covert methods to stage attacks on Iran’s nuclear program and military capabilities, they are also developing new and previously unknown methods to do so. And they have shown a willingness to allow these new covert attack capabilities to be unveiled by using them — which could render them useless for future attacks. This willingness to use, rather than safeguard, revolutionary new capabilities strongly underscores the importance of this covert campaign to Iran’s adversaries. It also indicates that we will likely see other new forms of covert warfare emerge in the coming months, along with revolutionary new tactical applications of older forms.

The Covert Intelligence War Against Iran is republished with permission of STRATFOR.


Posted by ambisinistral at 3:13 PM