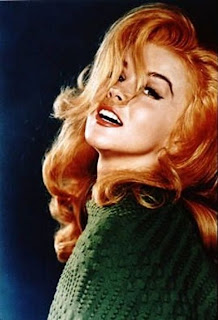 Freidman continues his overview of the state of the world's geopolitics by concentrating on the current U.S. strategy. He sets up the historical background, and then argues that Obama is pulling back U.S. interventionism, content to allow regional issues sort themselves out instead.

I never quite buy Stratfor's take on Obama's foreign policy. For example, how does Libya fit into that model?

I've long felt that much of Obama's policy stems from his indifference to international relations. I think he's a basically a rather parochial  community organizer who's taken Howard Zinn too much to heart. Because of his lack of focus on foreign policy it falls to staff battles to set the U.S. policies, which is why it zigs and zags in odd directions.

Regardless, Friedman's take is interesting. The beginning of his article is excerpted below, with a link to the rest of the article following the excerpt.

For some reason, while he was talking about the Cold war era, the film Bye Bye Birdie popped into my mind and I couldn't dislodge it. So, this article's Hot Stratfor babe honors go to Ann Margret who played the star-struck teen Kim MacAfee in it.

It's been years since I've seen the film, and I have a suspicion it didn't age well, but in its day it was a hugely popular film. It was also the film that allowed Ms Margret to branch out from singing into being a film star. She has had a long and successful career in both.

I don't really have anything snarky to say about her. She strikes me as one of those unfortunate stars stuck in the late 1950's early 60's era when Hollywood didn't make a lot of good movies. She did do USO tours in Vietnam and has always spoken well of veterans. A far cry from the attitude of most stars today.


The State of the World: Explaining U.S. Strategy
By George Friedman, February 28,2012

In the course of a century, the United States had gone from marginal to world power. It had waged war or Cold War from 1917 until 1991, with roughly 20 years of peace between the two wars dominated by the Great Depression and numerous interventions in Latin America. Accordingly, the 20th century was a time of conflict and crisis for the United States. It entered the century without well-developed governmental institutions for managing its foreign policy. It built its foreign policy apparatus to deal with war and the threat of war; the sudden absence of an adversary inevitably left the United States off balance.

After the Cold War

The post-Cold War period can be divided into three parts. A simultaneous optimism and uncertainty marked the first, which lasted from 1992 until 2001. On one hand, the fall of the Soviet Union promised a period in which economic development supplanted war. On the other, American institutions were born in battle, so to speak, so transforming them for a time of apparently extended peace was not easy. Presidents George HW Bush and Bill Clinton both pursued a policy built around economic growth, with periodic and not fully predictable military interventions in places such as Panama, Somalia, Haiti and Kosovo.

These interventions were not seen as critical to U.S. national security. In some cases, they were seen as solving a marginal problem, such as Panamanian dictator Manuel Noriega's drug trafficking. Alternatively, they were explained as primarily humanitarian missions. Some have sought a pattern or logic to these varied interventions; in fact, they were as random as they appeared, driven more by domestic politics and alliance pressures than any clear national purpose. U.S. power was so overwhelming that these interventions cost relatively little and risked even less.

The period where indulgences could be tolerated ended on Sept. 11, 2001. At that point, the United States faced a situation congruent with its strategic culture. It had a real, if unconventional, enemy that posed a genuine threat to the homeland. The institutions built up during and after World War II could function again effectively. In an odd and tragic way, the United States was back in its comfort zone, fighting a war it saw as imposed on it.

The period from 2001 until about 2007 consisted of a series of wars in the Islamic world. Like all wars, they involved brilliant successes and abject failures. They can be judged one of two ways. First, if the wars were intended to prevent al Qaeda from ever attacking the United States again in the fashion of 9/11, they succeeded. Even if it is difficult to see how the war in Iraq meshes with this goal, all wars involve dubious operations; the measure of war is success. If, however, the purpose of these wars was to create a sphere of pro-U.S. regimes, stable and emulating American values, they clearly failed.

By 2007 and the surge in Iraq, U.S. foreign policy moved into its present phase. No longer was the primary goal to dominate the region. Rather, it was to withdraw from the region while attempting to sustain regimes able to defend themselves and not hostile to the United States. The withdrawal from Iraq did not achieve this goal; the withdrawal from Afghanistan probably will not either. Having withdrawn from Iraq, the United States will withdraw from Afghanistan regardless of the aftermath. The United States will not end its involvement in the region, and the primary goal of defeating al Qaeda will no longer be the centerpiece.

President Barack Obama continued the strategy his predecessor, George W. Bush, set in Iraq after 2007. While Obama increased forces beyond what Bush did in Afghanistan, he nevertheless accepted the concept of a surge -- the increase of forces designed to facilitate withdrawal. For Obama, the core strategic problem was not the wars but rather the problem of the 1990s -- namely, how to accommodate the United States and its institutions to a world without major enemies.

The Failure of Reset

The reset button Hillary Clinton gave to the Russians symbolized Obama's strategy. Obama wanted to reset U.S. foreign policy to the period before 9/11, a period when U.S. interventions, although frequent, were minor and could be justified as humanitarian. Economic issues dominated the period, and the primary issue was managing prosperity. It also was a period in which U.S.-European and U.S.-Chinese relations fell into alignment, and when U.S.-Russian relations were stable. Obama thus sought a return to a period when the international system was stable, pro-American and prosperous. While understandable from an American point of view, Russia, for example, considers the 1990s an unmitigated disaster to which it must never return.

The problem in this strategy was that it was impossible to reset the international system. The prosperity of the 1990s had turned into the difficulties of the post-2008 financial crisis. This obviously created preoccupations with managing the domestic economy, but as we saw in our first installment, the financial crisis redefined the way the rest of the world operated. The Europe, China and Russia of the 1990s no longer existed, and the Middle East had been transformed as well.

Read the rest of The State of the World: Explaining U.S. Strategy at Stratfor.

Posted by ambisinistral at 5:31 PM

I've heard it said that you should never attribute to simple incompentence that which can be explained by simple malice.

Obama and his admisnistration are malicious