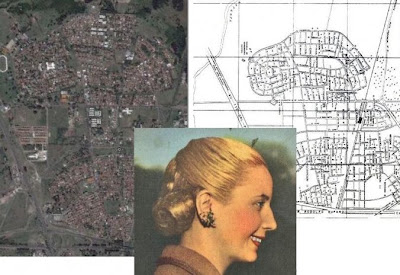 Posted by ambisinistral at 11:12 AM

I'm guessing its the hairdo as seen from behind. I never really followed the story of Evita (kinda slept through the musical). What made her so beloved?

please!!! if an argentinian see this post and if he/she is a peronista... you will be in deep trouble!!!! she was nearly a saint for the "peronistas". she was the wife of president perón (1945 - 1955). he/she are the models of hugo chavez. "populistas" (populist=demagogue). i beg you pardom, i'm a spanish speaking (from uruguay)