For the 20th Century's large wars young men and women were recruited to go to war with stark and aggressive messages. During the winding down of the Cold War, and the peace that followed it, martial recruiting posters became a relic. "Join the Navy and See the World" replaced warnings about the savagery of the Japs and Huns.

On this page, and after the jump, are samples of that old style of recruitment. Sadly, I suspect we'll see its return. 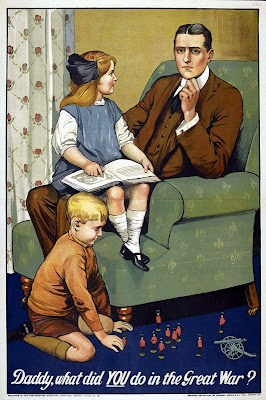 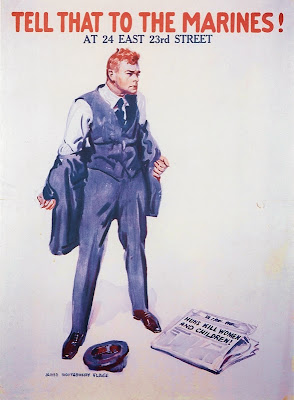 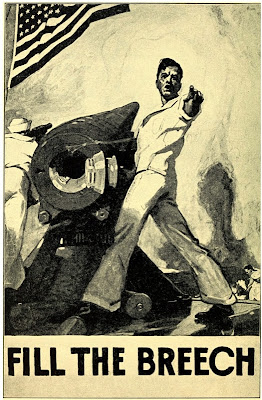 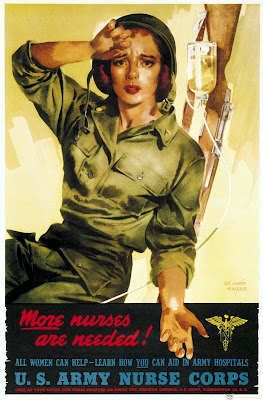 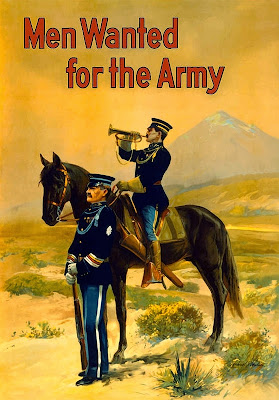 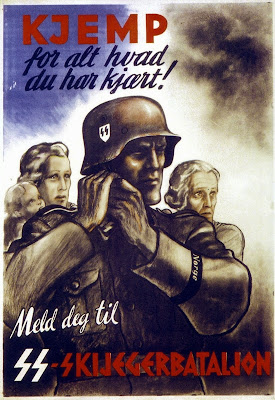 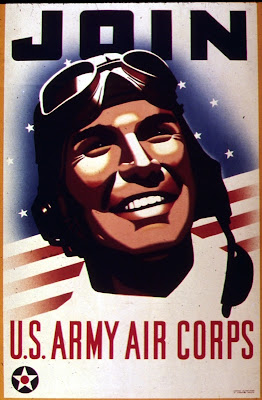 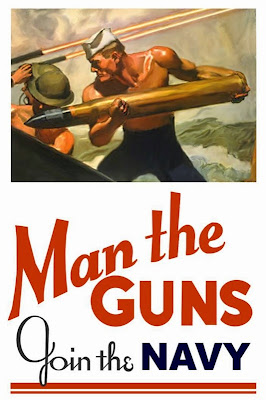 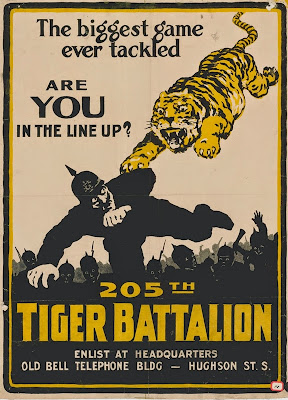 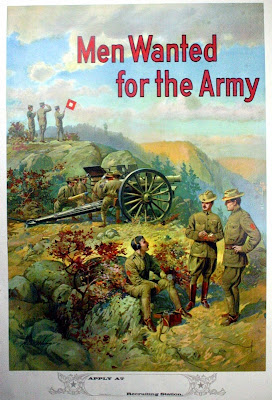 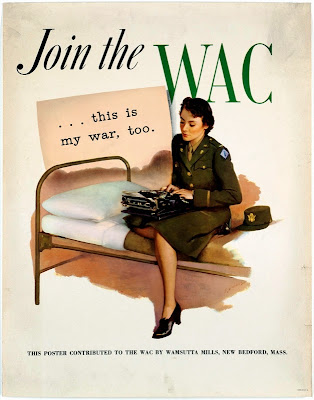 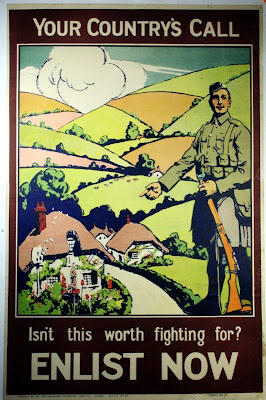 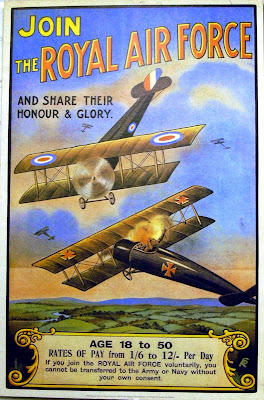 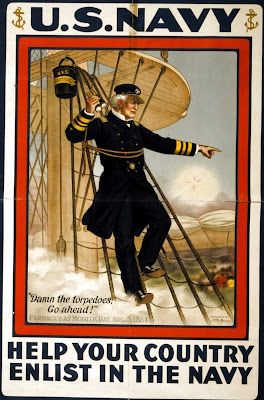 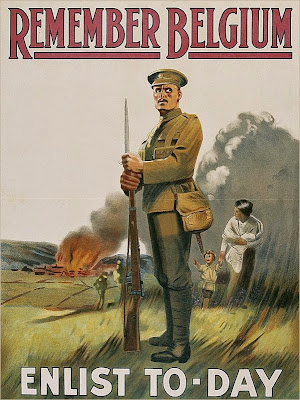 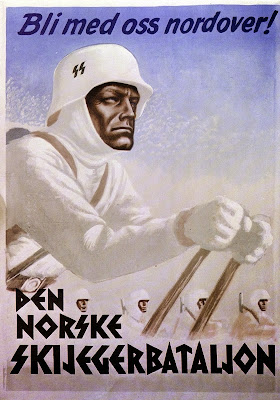 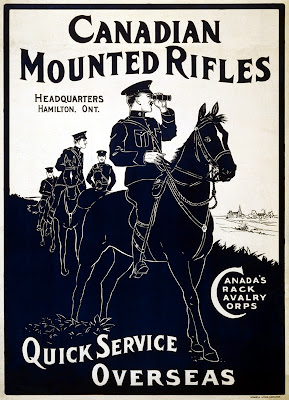 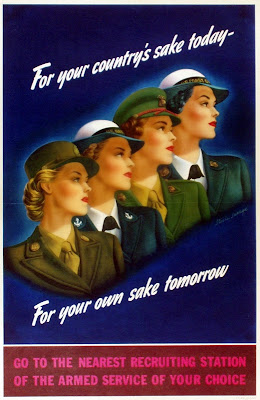 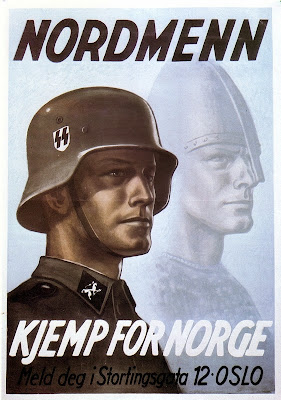 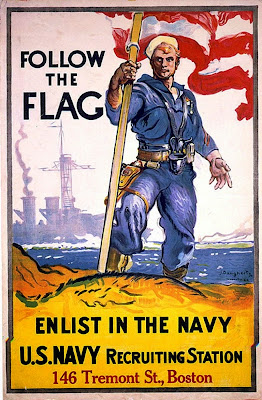 Posted by ambisinistral at 3:32 PM