A Boundary Commissioner and Artist

In the early 19th Century John Russell Bartlett was a prominent scholar in New York circles. He belonged to the Franklin Society, the American Geographical Society, several historical societies, the Providence Athenaeum and the American Ethnological Society.

Because of his involvement in these organizations he was politically well connected. That led President Zachary Taylor, in spite of Bartlett's lack of qualifications for the position, to appoint Bartlett as the Commissioner for the U.S. and Mexican Boundary Survey.

He ended up botching his assignment, setting the border well north of El Paso. Congress rejected that, and ended up having to negotiate the Gadsden purchase to move the border south.

In his travels through the southwest he made a considerable number of sketches and paintings. Some of his paintings are pictured here, with more after the jump. They are taken from the digital Luna Archive. 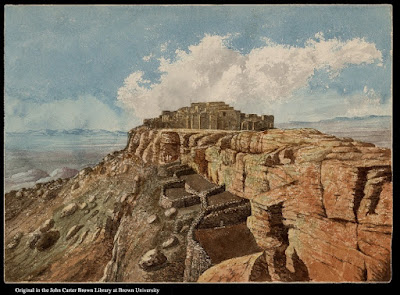 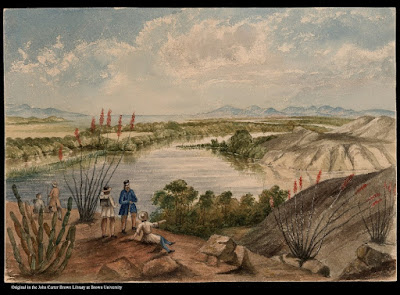 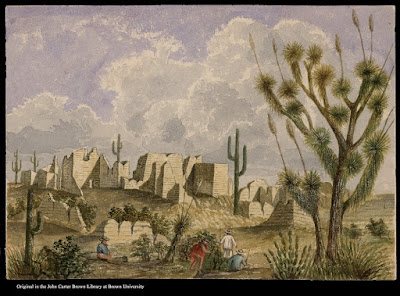 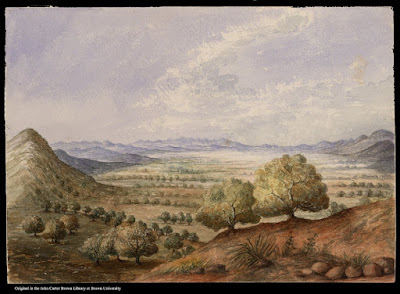 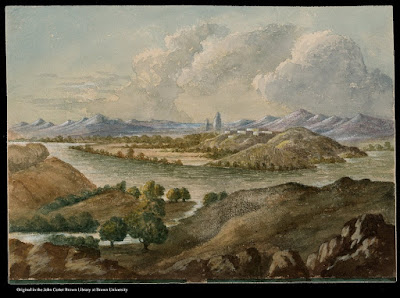 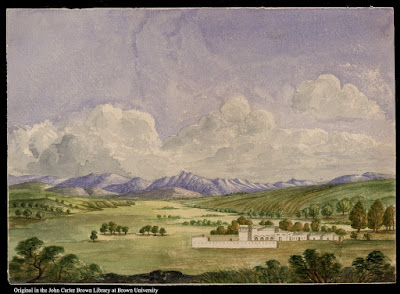 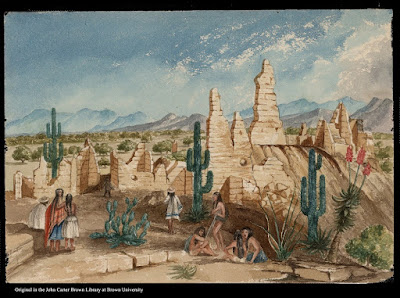 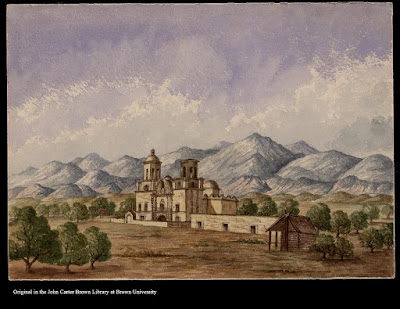 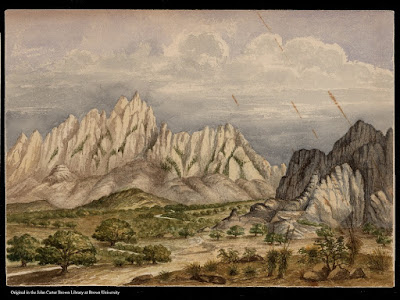 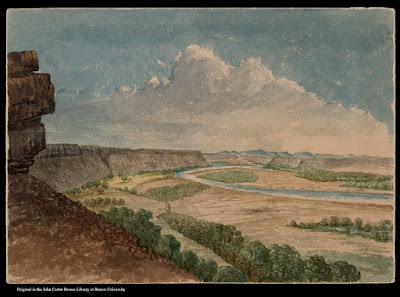 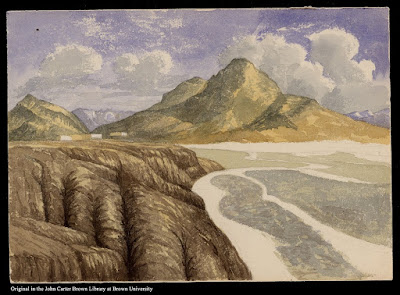 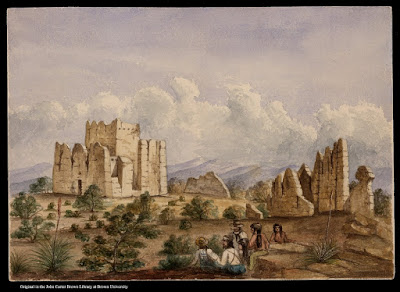 Posted by ambisinistral at 11:47 AM