Sears is a company in financial trouble under the pressure of online businesses. It is a bit ironic, because Sears started as largely a catalog business that pressured brick and mortar stores of its day.

One of the many things they used to sell were DIY house kits. From the Messy Nessy article Remember when you could Mail Order an Entire House in a Giant DIY Kit?:


The average kits included approximately 25 tons of materials, with over 30,000 parts including pre-cut and fitted lumber and up to 750 pounds of nails. Plumbing, electrical fixtures and central heating, all new developments in house design in the early 20th century, were included in the kit at an additional cost. No detail was overlooked.

The Sears catalogue homes were truly “modern homes”, although some of the earliest kits like model No. 115 (...) and The Natoma (...) didn’t have bathrooms because such indoor conveniences weren’t yet ‘standard’ in American home life. Expanded floor plans and extra finished living spaces could also be included in the kit at an additional price.

Once delivered, houses were assembled by the new homeowner, but it was traditional to get help from relatives, friends and neighbours, just as rural communities had pitched into help with barn-raisings on farms. Sears Roebuck promised that “a man of average abilities could assemble a Sears kit home in about 90 days.”

The Messy Nessy link has much more information, more kits and pictures of Sears houses that are still standing. 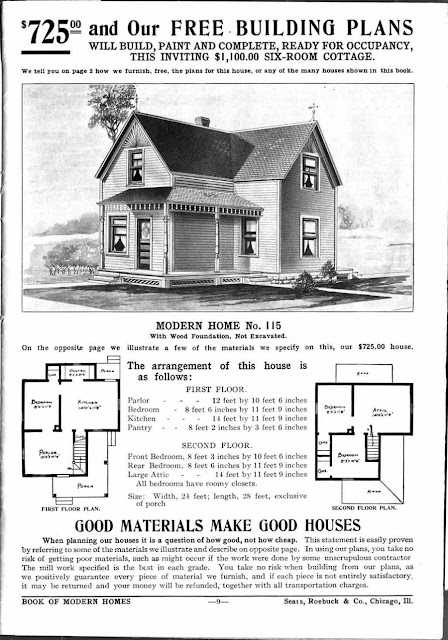 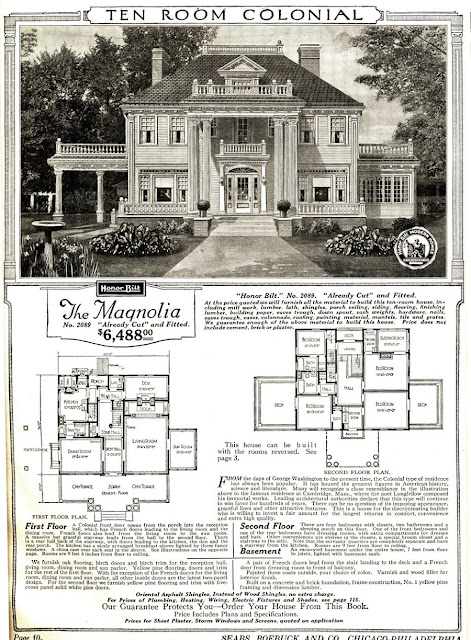 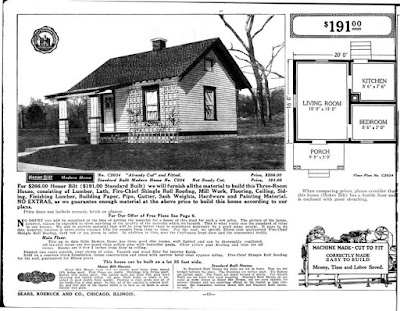 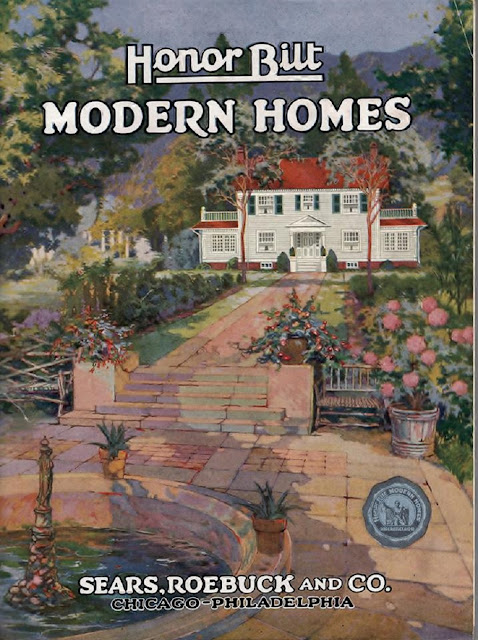 Posted by ambisinistral at 2:00 PM

You didn't build that!!

This all reminds of the time Ned Flanders house got blown down in a hurricane and the good residents of Springfield got together and built him a new one.

That's how mine would turn out I'm afraid.