These watercolors from the 19th century show clothes that were current fashions in the Ottoman empire. The works, likely a copy from earlier paintings, were given to Tsar Alexander III when he was a young man as part of his education.

Theses images, and those after the jump, are from Public Domain's post 19th-Century Album of Ottoman Fashion, which has more examples, as well as a discussion of how Ottoman fashions influenced European dress and costumes back in the day. 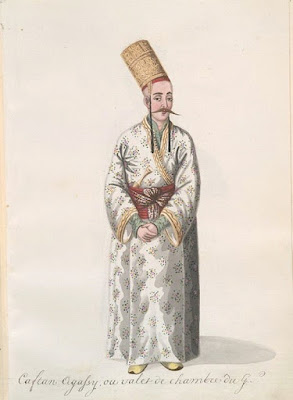 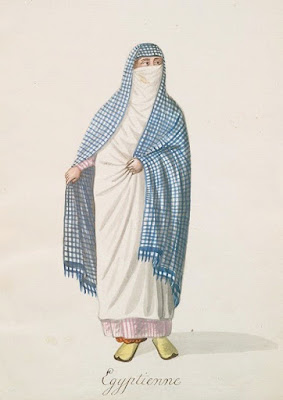 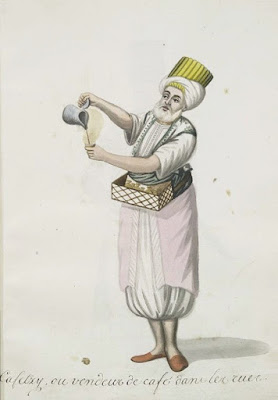 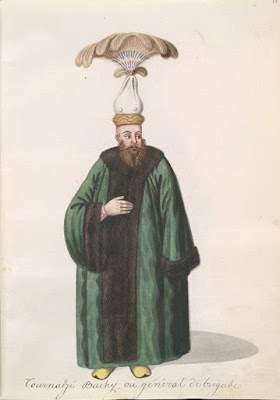 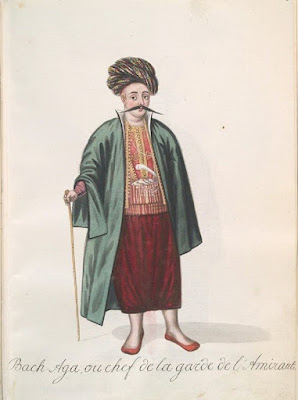 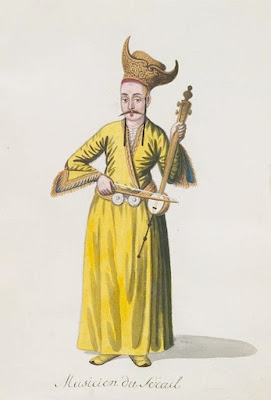 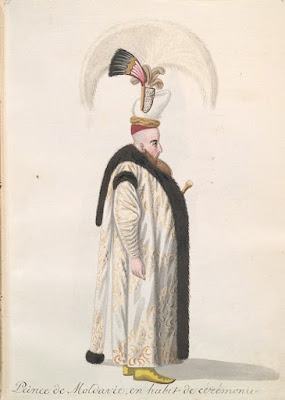 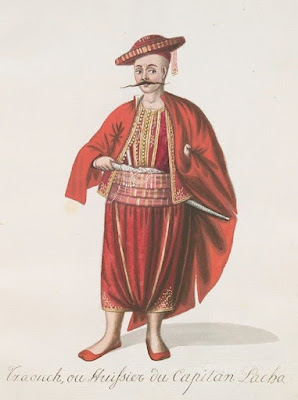 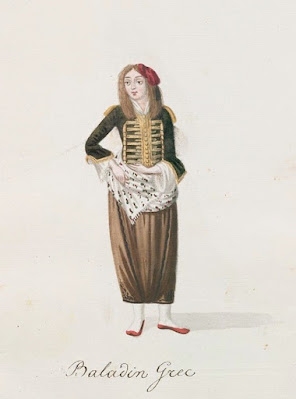 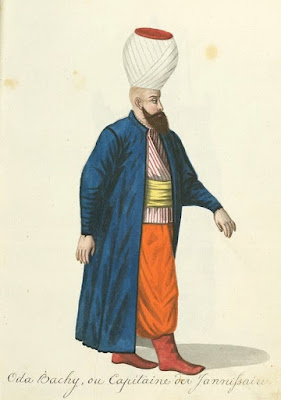 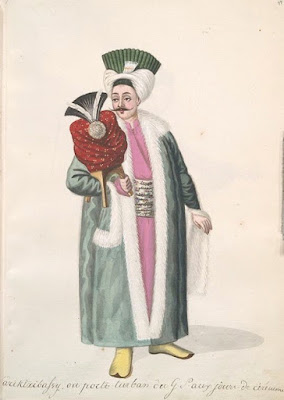 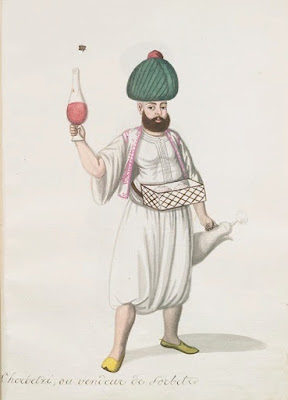 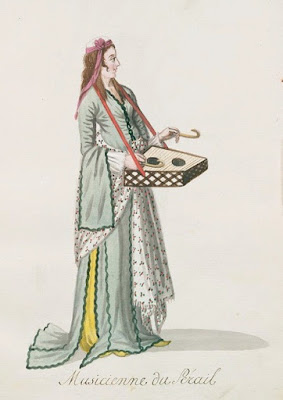 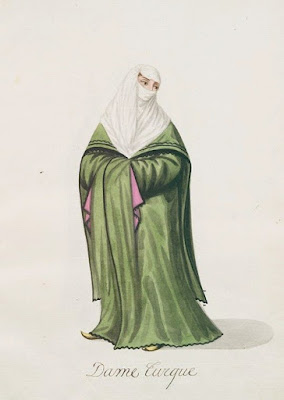 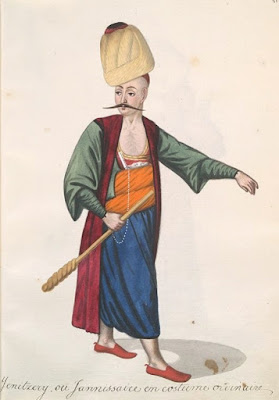 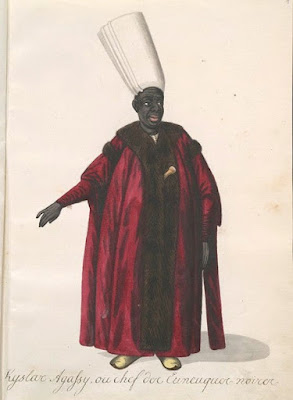 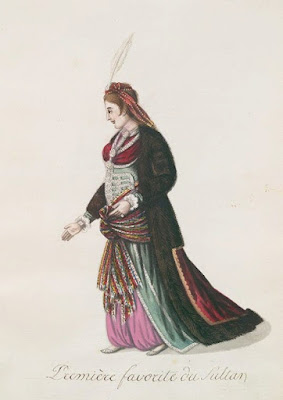 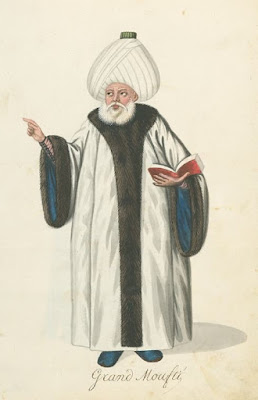 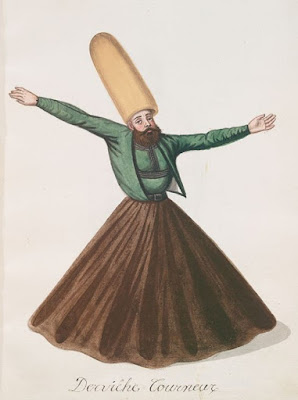 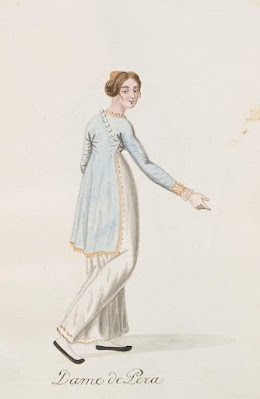 Posted by ambisinistral at 8:58 AM

I hadn't thought of that, but you're right. The Public Domain post talks about these fashions influencing Europe -- through Opera and costume balls that eventually bled into the haute couture of the time -- but of course they had their own history as the Turks adopted looks from the earlier Byzantium Empire.

Little cultural diffusion chains like this show just how stupid and divorced from reality the current cultural appropriation brouhaha is.