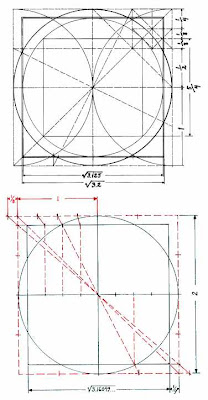 The blog The Gormogons has a post by Ghettoputer, Doctors and the CIA, that discusses an ObamaCare issue that has also been puzzling me.

Conspicuously absent from the bill is any mention of tort reform regarding medical malpractice. When Howard Dean was asked why such reform was not addressed in the bill he bluntly answered:

"Here’s why tort reform is not in the bill. When you go to pass a really enormous bill like that, the more stuff you put in it, the more enemies you make, right? And the reason that tort reform is not in the bill is because the people who wrote it did not want to take on the trial lawyers in addition to everyone else they were taking on. And that is the plain and simple truth."

It is generally accepted that the real cost of malpractice law suits is not so much the cost of settlements, but rather the need for doctors to practice defensive medicine by ordering the maximum number of tests conceivable in any diagnosis.

ObamaCare attempts to address that problem by establishing boards, agencies and the like that will review medical best practices and mandate the scope of what treatments and tests should be performed (and for those who, like me, are too lazy to read the bill The Gormorgans has a good series of posts where he live blogs his reading of the bill in 100 page chunks).

That is ObamaCare seeks to reduce medical costs by setting up a set of guidelines that will free doctors from the need to do unessential medical procedures to protect themselves from lawsuits. Ignoring for the moment any questions about the wisdom of such a remote "top-down" approach to diagnosis, I wonder how malpractice suits will be impacted by the bill, especially in light of the fact that trial lawyers are such an important Democratic constituent that no attempt to reign them in is even considered?

What then of the powerful trial lawyers lobby?

I think Ghettoputer might have squared that circle when he considers Holder, and the CIA investigation. The CIA interrogators had acted under Congressional and Justice Department review, yet at this late date the rules can simply be shifted and their cases opened again. Will the doctors end up facing a similar set of fluid rulings?

If they and private insurers are allowed to layer supplemental insurance on top of a government mandated minimum, does Holder and the CIA set the precedence of the rules being redefined after the fact move them into malpractice territory? Will that be the hidden fund the trial lawyers can expect to draw their settlements from?

Posted by ambisinistral at 9:57 PM

Will the doctors end up facing a similar set of fluid rulings?


The best way to put this fire out is to make sure this bill gets trashed, raked over the coals and beaten back down the throats of
the demosocialistacrats that are
trying to force this socialist
tripe upon us. Gormogons was a
big help to this old coot.
At least now i have a much CLEARER
picture of HR 3200. It is really
a train wreck ready to hit the
mainline with no brakes and
no one at the throttle.

Yes, the CIA is really at risk
from the mullah obamaham
and his band of stooges.
Our enemies are
frothing at the mouth
from our stupidity.