These are color advertisements for Greyhound Bus from the mid 1940s to the mid 1950s. The early ads focus on soldiers returning home and later they focus on travelling to see different parts of America.

In his Civil War: a Narrative Shelby Foote talked about the long campaigns meant that the primarily rural soldiers traveled far and developed a different sense of the nation. Similarly, in WWII many of the young men had traveled to Europe, Africa or Asia. In the years after, and before the wide spread of the car culture or cheap airfare, these young men and their families wanted to see distant places in the States. Greyhound buses provided them with a means to travel long distances.

These ads, and those after the jump, are from the Ad Access section of Duke University's digital repository. 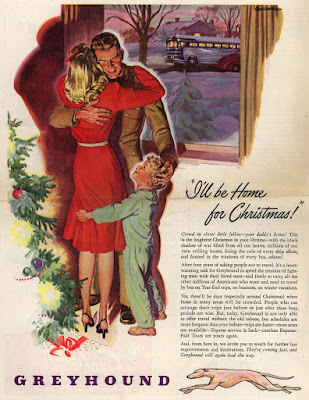 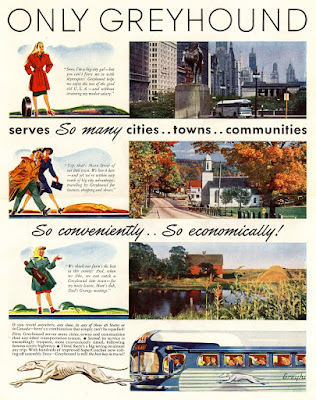 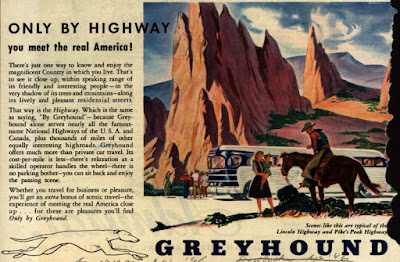 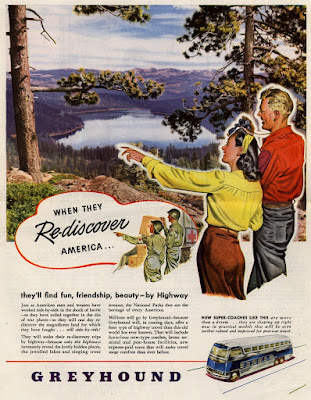 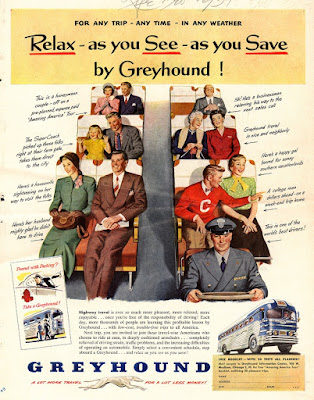 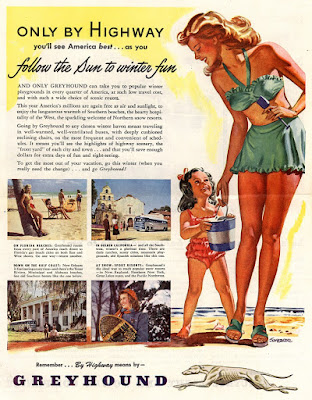 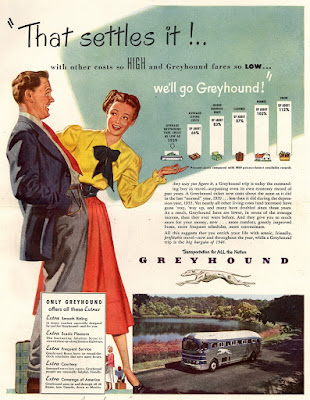 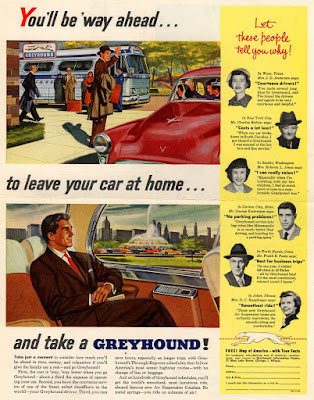 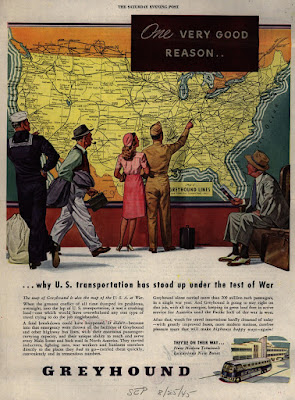 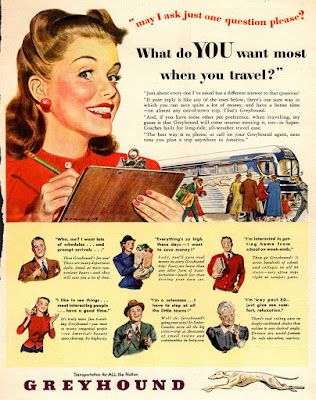 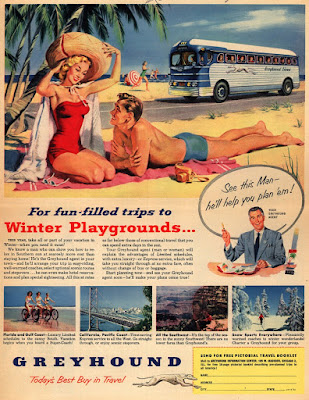 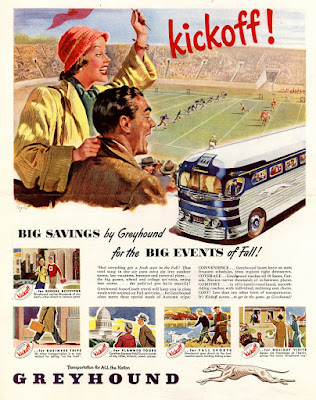 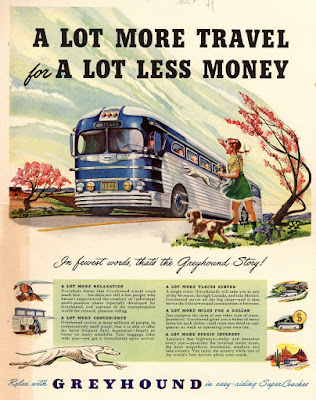 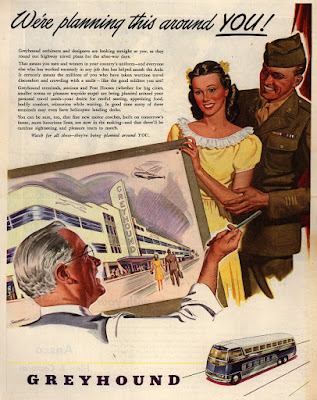 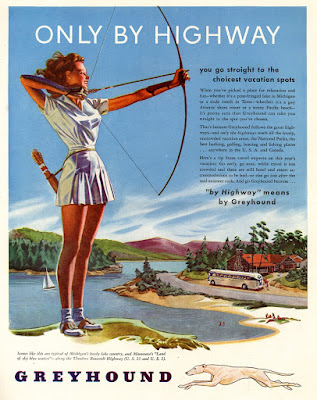 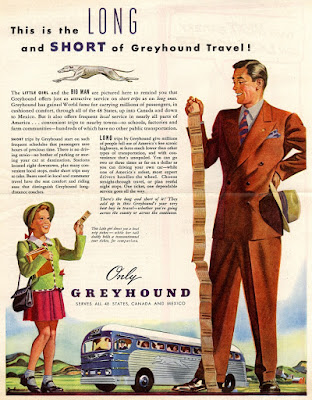 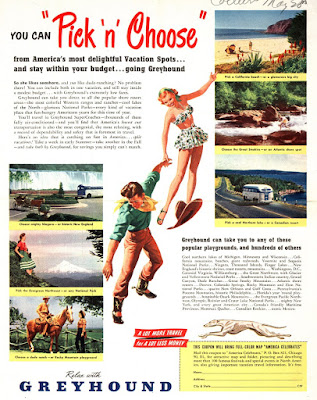 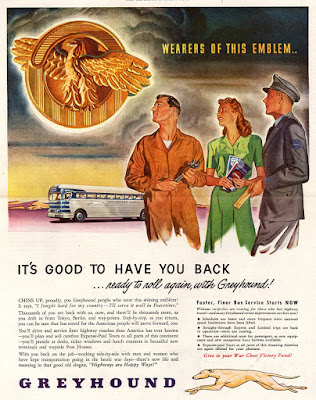 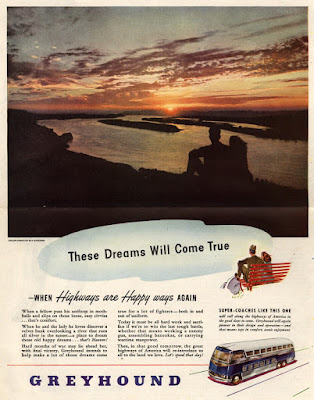 Posted by ambisinistral at 11:28 AM