My earlier post Paintings of battles focused on land battles. This post features naval battles. While the land combat pictures focused on the men involved, with few exceptions the naval battle paintings focus on the ships. The drama is in the ships themselves: smoke billowing as they shoot broadsides, flames, the wreckage of their rigging all upon the swells of the rolling sea. If men are seen at all, for the most part they are tiny figures struggling in the water after they abandoned a sinking ship. 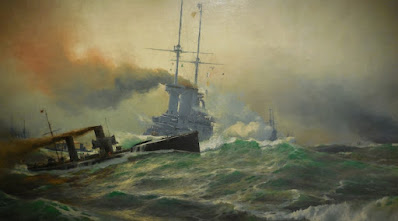 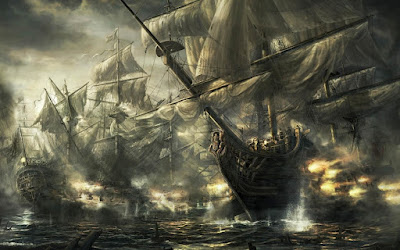 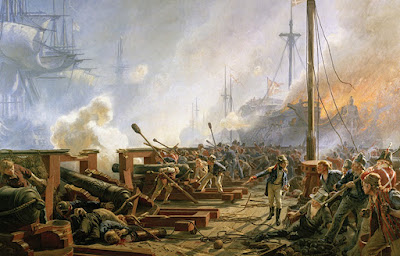 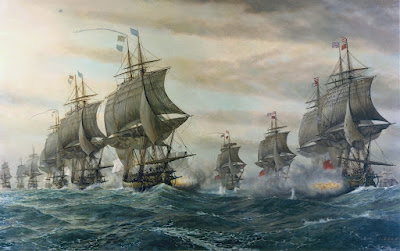 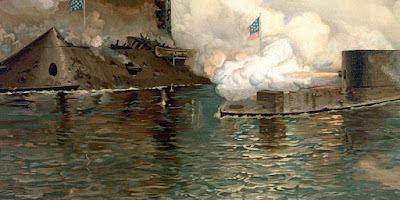 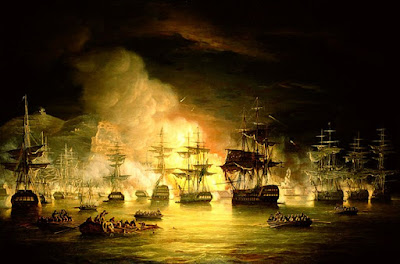 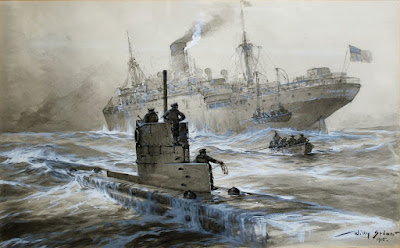 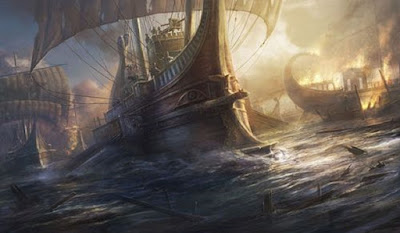 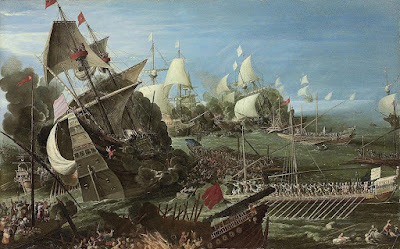 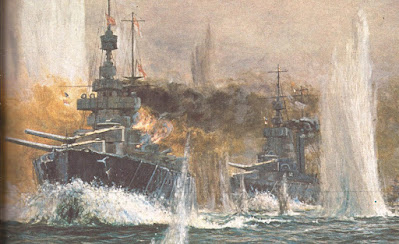 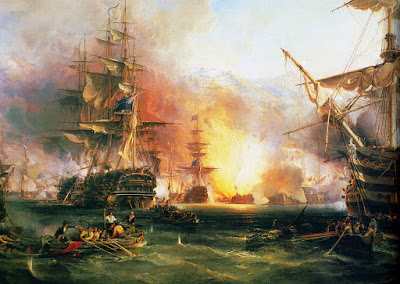 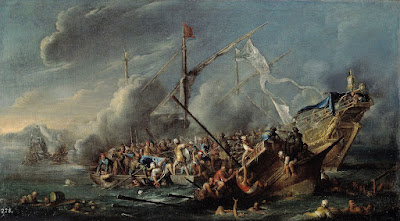 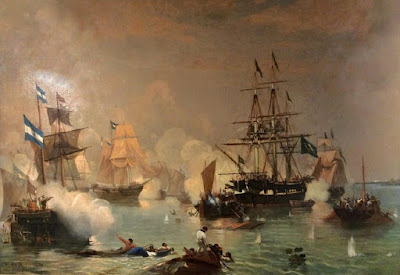 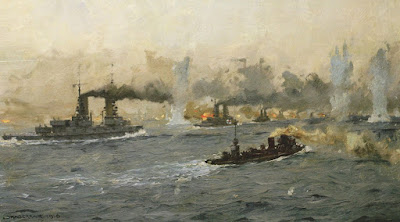 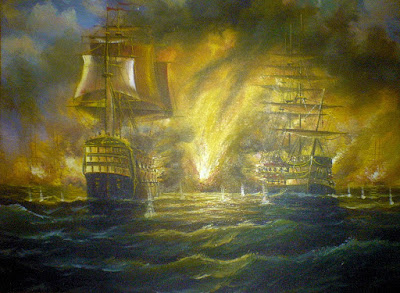 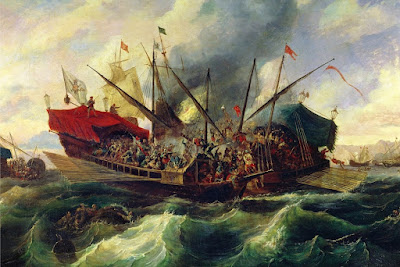 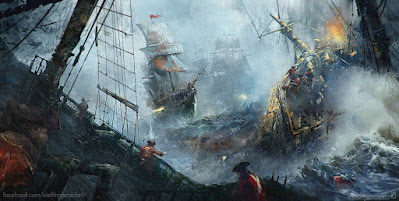 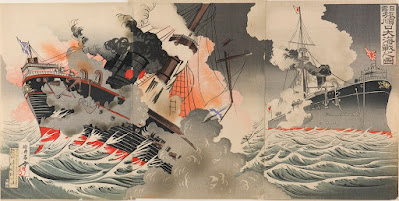 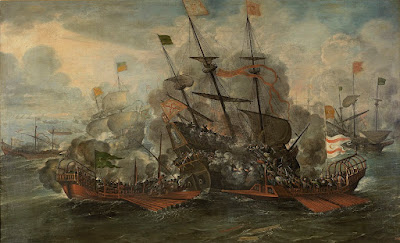 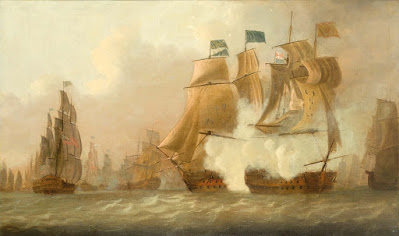 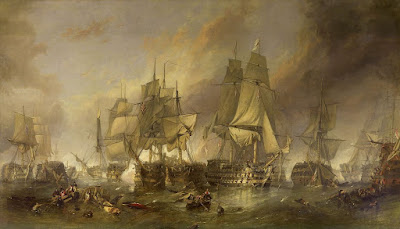 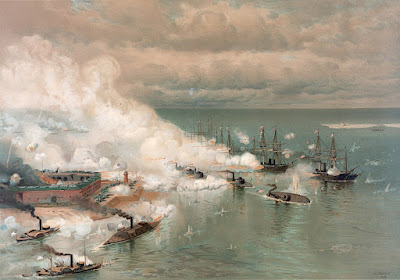 Posted by ambisinistral at 1:50 PM