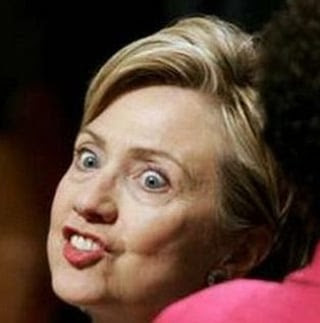 Well I was talking the other day to an old friend who lives in Topeka. This lawyer is very smart and over the course of time I have come to think of him as the very embodiment of the center of American politics. He was one of the first smart people I knew who supported Reagan, long before I would even have considered voting Republican.

We had previously discussed Giuliani, and I had expressed my belief that he is the least objectionable to me of the current crop of wanna-be Presidents. He's not terribly fond of Giuliani himself, but he's the sort of fellow who's never fond of any particular politician or party—all the more reason to sit up and listen when he ends up supporting one. Now we were on the subject of hospitals and he remarked that the VA hospital system has become truly awful and the people who are stuck in it are in very bad shape. He remarked that he can hardly bear to visit the VA hospitals any more because they are so dingy and depressing. I couldn't help but jump at the opportunity to put the wedge in, so I replied that once "his candidate" Hillary took over, every hostpital would soon become as dingy and depressing as the VA Hospitals.

I was rather shocked at his reaction. He immediately, and with surprising heat, starting attacking me over Iraq and Iran, saying things like "Do you believe we should go to war with Iran?" and "Do you really think Saddam Hussein had weapons of mass destruction?". This unexpected barrage of assertive questions overwhelmed my ability to respond or answer in short time, but it made one thing abundantly clear to me: the country is frustrated and angry over the Iraq War. There is a widespread sense than Bush and the Republicans—no matter what the stripe—must be punished for their transgressions, and it matters little whether the instrument of punishment is Hillary or any other semi-reputable Democrat. The issue now is the Republicans, and unless that changes, Hillary will soon be in control.
Posted by MeaninglessHotAir at 2:31 PM

Email ThisBlogThis!Share to TwitterShare to FacebookShare to Pinterest
Labels: Hillary

Hillary? Or Ron Paul? I'm beginning to think that if Hillary gets in she, like her husband, will do so with a minority of the vote.

Where does your friend get his opinions? Are they just him, or does he listen to particular shows, visit particular online sites, and hang out with like minded people. Most of us seek out folks with compatible opinions and I doubt he is an exception.

The election still depends upon what happens in the world and to whoever can go with the flow. That puts Clinton in good position because morphing is their specialty. Should Iraq continue to make headway, the dynamics change a lot. Prof. Reynolds thinks that could be bad news for Republicans, because people who stuck with Bush because of Iraq and WoT will feel free to vote on other issues. Perhaps. But it will also throw a real monkey wrench into the died in the wool anti-war crowd too. There are people who would otherwise vote Republican but went south on the war effort. What are the after effects of BDS?

What are the after effects of BDS?

Good question. Is BDS a chronic condition, or can those affected make a recovery? Bush, after all, will be gone in 2009. I rather suspect the condition is chronic and folks will be walking around with dazed looks complaining about Bush for many years to come.

Unfortunately, the friend in question doesn't have BDS and doesn't congregate with the loonies, so I'm afraid those easy exits are out.

I apologize for not making this clearer: this guy is as level-headed and rational as they come. But also thinks for himself.

Yet there are plenty of folks with BDS, and it might be hard to forecast which way they will go should the improvements in Iraq continue.

"this guy is as level-headed and rational as they come"

Uh huh - that's why he focused on the 16 word garbage re rationale for invading Iraq rather than looking at the 17 UN resolutions or the actual language of the authorization to use military force.

There isn't any real "shape" to the election as yet. at least none that I can see. If it's going to be based upon charisma then we won't have a president in '08 'cause there ain't none available.

How rational and level-headed can the guy be - at least on the subject of politics? You were having a discussion of potential candidates for POTUS in 2008, turned to VA hospitals, turned a bit more to Hillary, and the guy went off screeching about Bush and Iraq and Saddam and WMDs. Neither rational nor level-headed. He perceived you comment as an attack on Hillary and he got preposterously defensive. The guy is a BDS sufferer, he's just masked it from you in the past.

I think some things are coming into focus, but, again, we're nearly a year out still and until actual voting begins it's impossible to know how things are going to break.

Personally, I wouldn't be a bit surprised if we see a repeat of Illinois in 2004 where Obama just stays out of his own way and lets his opponents bump up against themselves, one another and him until they come apart. Of course, I'm not carrying it so far as to suggest that the Republican Party will turn to Alan Keyes in its moment of need. Not with Ron Paul available.

If Jerry Brown had entered the race in 1975, he more than likely would have been elected President in 1976. Think on then; think on now and remember that perception (MSM enhanced or not) is, almost always, what votes.

I don't think Governor Moonbeam could have gotten elected. He was always going to self-destruct at the national level.

I think that some people make a pretty good living telling us how elections "will go" and then rely on the amnesia of the vast majority of the electorate in order to pontificate again about how they really know it this time. They gotta fill the air time with something.

...in order to pontificate again about how they really know it this time.