The staff of life

In an earlier post, The way to a man's heart, I discussed how large areas of North Africa and the Middle East have low food self-sufficiency. That is, they have to import food to feed their populations. Further, they have to spend a far greater percentage of their per-capita income on food, which means any strain to the world's food supply will greatly worsen their situation.

Wheat rust is one of the most common diseases that infects wheat and other grains. Normally, up to 20% of a crop can be lost to the disease. However, in Uganda in 1977 an even more virulent strain emerged. Called Ug99, it caused crop losses of 80% in Kenya. Ug99 has since spread to North Africa, the Middle East and as far east as Pakistan and Uzbekistan.

As the VOA article Wheat Rust Threatening Crops in Africa, Asia and Mideast explains, recently another strain of wheat rust, this one a variation of stripe rust, has emerged. Like Ug99, the new pathogen has spread quickly through North Africa and the Middle East.

In April an International Wheat Stripe Rust Symposium was held in Syria to discuss the problem. At that meeting Michael Baum, the director of ICARDA and one of the meeting's organizers, pointed out the following:

There is a stark difference between its consequences in poor and rich countries, said Baum. Last year Syria lost up to half of its wheat to the infection whereas neighbouring Turkey, a richer country, lost none.

In Syria, monitoring is weak; three-quarters of the crop consists of a single variety; and there is not enough fungicide available, he said. Turkey, in contrast, has good monitoring; a wide variety of plants, some of which are resistant to the current rust; and substantial supplies of fungicide. (source)

So, it would seem that agricultural methods, combined with a variety of wheat strains, have a lot to do with successfully mitigating the outbreak. It was felt that alleviating this problem, through diversifying wheat strains and improving monitoring, would take three to five years to fully address.

That may be too long of a time frame because, although nobody wants to say it, a combination of a significant loss of grain crops in the region coupled with spiking global food prices is a disaster in the making. At best we'll see a food crisis, at worse famine. How that would blend with the spiraling violence in the region is a frightening thought.

Which brings us to Jimmy Carter in a 'round about sort of a way. While touring North Korea he had the following to say about that country's growing famine:

"One of the most important human rights is to have food to eat, and for South Korea and the US and others to deliberately withhold food aid to the North Korean people is really a human rights violation."

That comment raised a lot of eyebrows, but it shouldn't have been that surprising. The UN, through its Human Rights Council and various Progressive NGOs, has long been banging the drum for Food Justice, sometimes framed as Food as a Human Right.

This is a movement that encompasses the usual bugaboos: climate change (so arability rather than farming practices becomes the culprit for food shortages), sustainable farming, organic farming, cultural diversity, GM food, corporations, exploitation, oppression and lately the much touted obesity epidemic.

They make no bones about the fact that they want to change, from seed to table, which foods are grown and how and to who they are distributed.

Make no mistake, if the Middle East does slide towards famine there will be loud voices, accompanied by pictures of big eyed children with empty food bowls, blaming it all on Western capitalism and demanding free food from the same Capitalists as payment of a fine for their guilt. How that will play with grocery prices going up is easy to imagine, but the agitation will be there none-the-less. 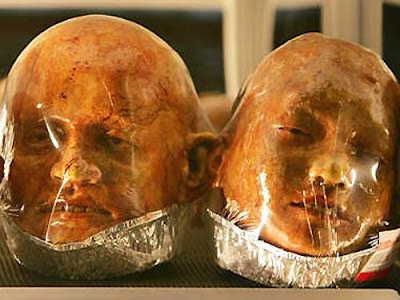 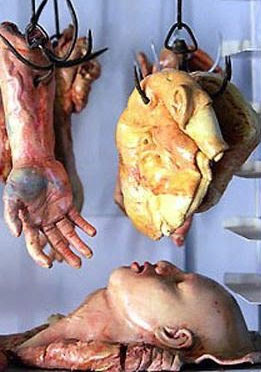 Posted by ambisinistral at 7:07 PM