This is an interesting period in Russian poster design. It is nestled between the florid and highly decorative style of the late 19th Century and the heroic realism of the Soviet era. A lot of graphic experimentation is taking place, you can see the gradual evolution towards the cleaner and bolder style of the later 20th Century. There are more examples after the jump. 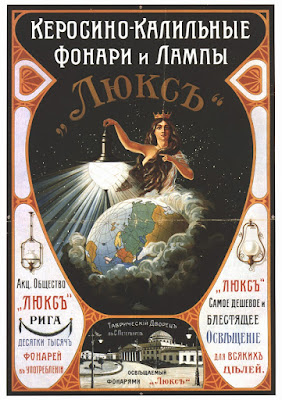 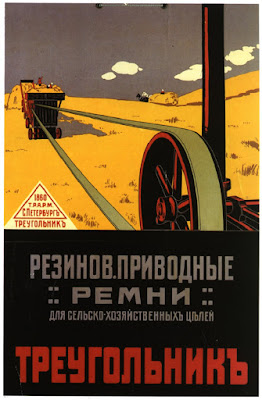 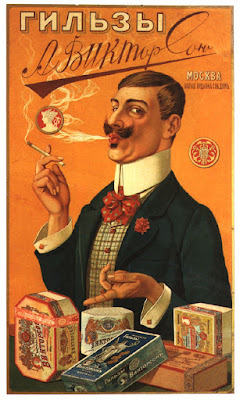 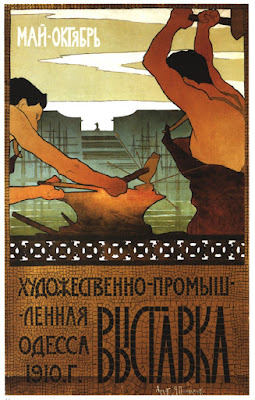 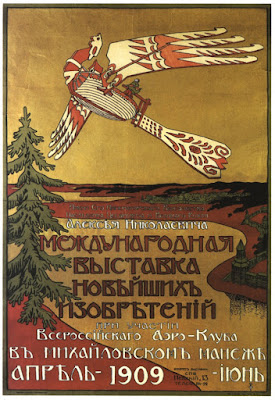 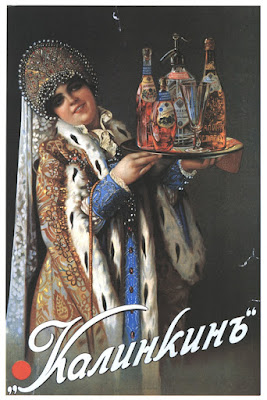 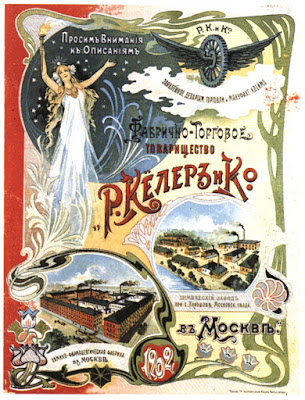 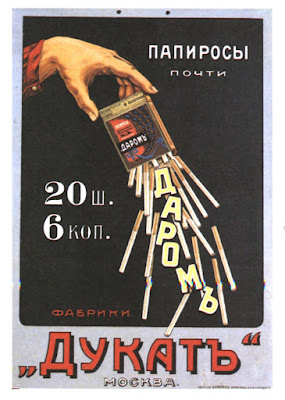 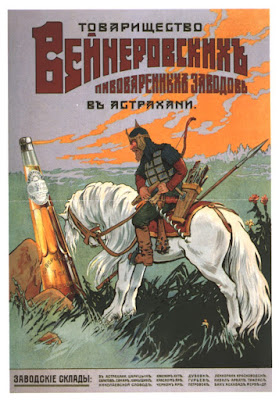 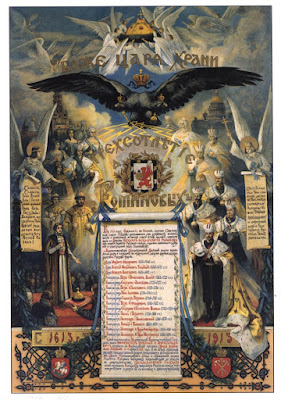 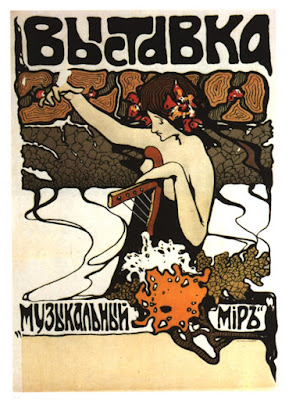 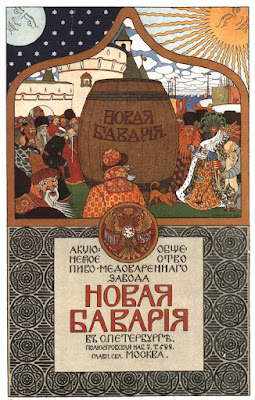 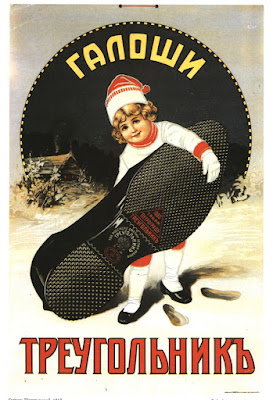 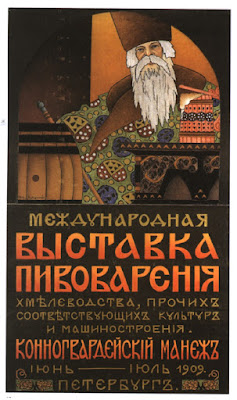 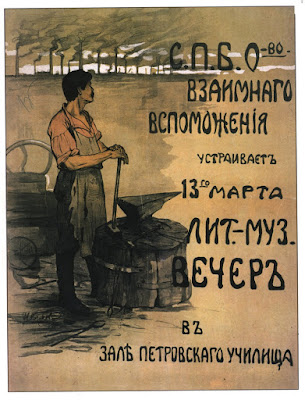 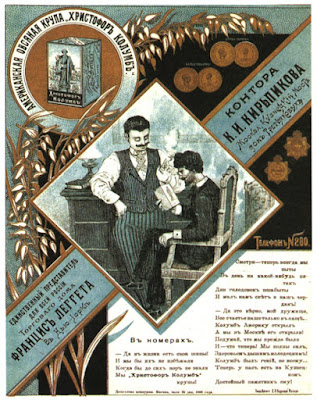 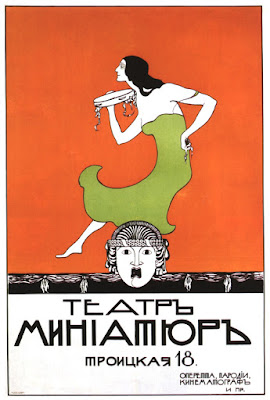 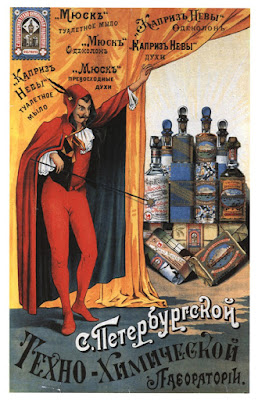 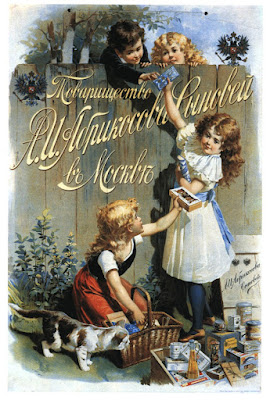 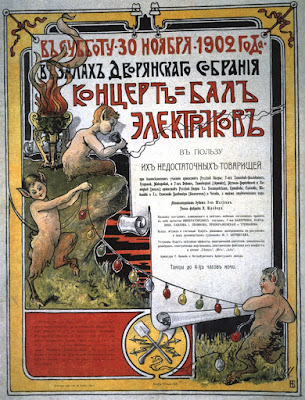 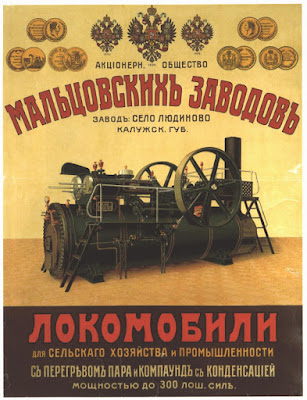 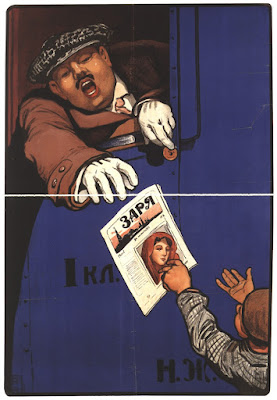 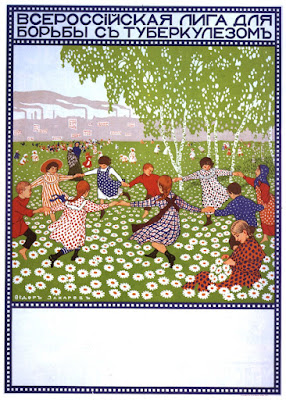 Posted by ambisinistral at 8:59 AM