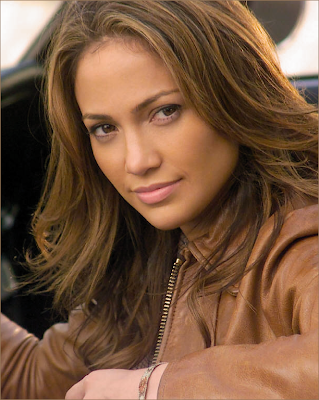 With my arm in a sling I'm not going to only give a comment about this Stratfor article. The pocket litter Scott Stewart talks about is not only papers a person might have on their person when they're stopped by the police, but information on their smart phones and other devices.

Scott ends by pointing out that criminal, although no where near as proficient as the police, can also do some date mining of pocket litter they get off their victims, so one should be mindful, especially when traveling in dangerous areas, of what pocket litter you have on yourself. It is an interesting read.

As for the article's Hot Stratfor Babe, since litter was being discussed and I just spent a week in a hotel room, hotel maids came to mind. With that in mind, Jennifer Lopez, due to her role in Maid in Manhattan, was the logical choice for the prestigious honor.

The romcom revolves around a Senatorial candidate from a political dynasty who mistakes Ms Lopez for a socialite, puts the moves on her, finds out her real identity but overcomes their social gap and ends up crazy-mad-in-love with her in the end. Since she doesn't end up drowned in a river after a night of drunken debauchery I'm guessing the Senatorial candidate character wasn't modeled on Ted Kennedy.

On Oct. 12, a pregnant medical doctor from Guadalajara, Mexico, attempted to enter the United States through the San Ysidro border crossing. The woman reportedly wanted to give birth in the United States so that her child would be a U.S. citizen. U.S. Customs and Border Protection officers arrested the woman, who has since been charged with visa fraud in the U.S. District Court for the Southern District of California.

Ordinarily, the arrest of a Mexican national for document fraud at a border crossing would hardly be newsworthy. However, this case may be anything but ordinary: Authorities have identified the woman as Alejandrina Gisselle Guzman Salazar, who reportedly is the daughter of Mexican drug lord Joaquin "El Chapo" Guzman Loera, one of the world's most wanted men.

If Guzman is indeed the daughter of El Chapo, the arrest could provide much-needed intelligence to those pursuing the fugitive drug lord. Aside from the intelligence gathered during her interrogation, investigators could also learn much from the information she may have been inadvertently carrying on her person. In law enforcement and intelligence circles, the items of miscellaneous information an individual carries are called "pocket litter" and are carefully reviewed for intelligence value. But the concept of combing through pocket litter for critical information also carries with it some important implications for people who are not criminals.

When law enforcement officers arrest someone, they conduct a thorough search of the suspect and his or her immediate possessions. This is referred to as a "search incident to arrest," and items discovered during this search are considered admissible as evidence in U.S. courts (and the courts of many other countries). During the search, officers are looking for items of evidentiary value to the case in question and for items that could endanger the officers -- weapons and handcuff keys, for example. But in addition to these items, a search incident to arrest also gives law enforcement officers an excellent chance to gather intelligence that could be used to identify other individuals involved in the criminal activity.

Once these items of potential intelligence are collected, they are processed. This means determining who corresponds to a particular phone number, address or email account and then running them through local, state or federal law enforcement databases. Public records, the Internet and social media can also be searched for relevant information. Often this process will produce additional leads that can later be investigated.

In addition to its uses in fighting street crime, pocket litter is also important in counterterrorism and counterintelligence cases. It can help identify associates, weapons or explosives components purchases, the location of storage lockers used to house such materials, bombmaking recipes, fund transfers and information pertaining to targets the subject has surveilled.

Since the October 2001 invasion of Afghanistan, the U.S. military has turned the collection and processing of pocket litter into a highly sophisticated and productive exercise. When the military captures a militant on the battlefield, or when special operations forces seize or kill a high-value target, his body and the surrounding area are immediately searched for pocket litter, which is then collected, categorized and sent to the appropriate intelligence unit for processing.

Notably, what we refer to as pocket litter has changed as technology has evolved. Originally denoting physical items like slips of paper, the term now includes electronic devices, such as iPods, smartphones, tablets and laptop computers, from which vast amounts of intelligence can be gleaned. These devices can contain photographs, Internet search histories, voice mails, call logs and text message archives. Many phones also have features that, if activated, can provide historical GPS data on their owners' locations.

How far a search incident to arrest can go in cases involving cellphones currently is a controversial subject in the United States because cellphones can contain vast amounts of information regarding their owners. Conflicting rulings in different U.S. circuit courts make it likely that the topic will be brought to the U.S. Supreme Court at some point. The fact that judges must often compare cellphones to diaries or locked containers while looking for comparable case law illustrates the challenges the new technology has presented to the judicial system.

Pocket litter has been exploited as long as there have been criminals, law enforcement, pockets and writing. Yet despite hundreds of years of this practice, criminals continue to carry incriminating evidence on their persons. The reason for this is quite simple: human nature has not changed. Most people do not trust their memories, and they consider it safer and easier to jot down the information on a slip of paper and place it in a wallet or purse, or in modern times, store it in a cellphone or computer. The number of items jotted down or otherwise stored in this manner can become quite substantial as this practice continues over time.

But these shortcomings exemplified by criminals also pertain to law-abiding citizens. Most people walk around with significant amounts of information on their person, and many cannot account for all their belongings. Some people are completely unaware of the treasure trove of information they carry in their cellphones, tablets and laptop computers. For most civilians, it is not intelligence exploitation by the government that is a concern, but exploitation by cunning criminals, who can use pocket litter to commit credit card, bank or identity fraud.

Therefore, it is imperative that people examine and carefully consider their pocket litter and attempt to reduce that litter to only those items that are absolutely necessary. This is especially true of people traveling in areas with high crime or intelligence threats, but the concept is universal. One can have a wallet, purse or cellphone stolen at a place of worship, the supermarket or the gym. It is also important to remember that pocket litter inadvertently tossed into the trash can be recovered and exploited by criminals.

Recovering from the theft of a purse or cellphone is difficult enough under the best of circumstances, but it is much more difficult if one does not know what information was compromised or if one unnecessarily exposed documents and information to theft. For example, many people needlessly carry their original social security cards or write their social security numbers and ATM pin numbers down rather than memorizing them. People should maintain a list of the credit cards they carry with them, along with contact numbers for those card companies in a separate place.

While there are many vulnerabilities associated with smartphones, locking them with passwords and using encrypted files for storing information such as account numbers and passwords are steps in the right direction. These measures may not save a terrorist suspect from the computing power of the U.S. National Security Agency, but they will likely prevent most thieves from accessing your important information.

Pocket Litter: The Evidence That Criminals Carry is republished with permission of Stratfor.

Posted by ambisinistral at 11:28 PM