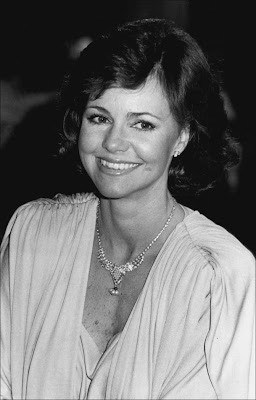 In this Stratfor article Scott Stewart lays out the terminology Stratfor uses to differentiate al Qaeda, al Qaeda franchises and other jihadists. He kicks off his discussion by mentioning the use of the term al Qaeda in the American Presidential race. That seems a very tenuous hook to me, since Americans use the term al Qaeda and jihadists quite differently than common usage in the U.S.

While Stewart's taxonomy of terror groups is interesting, and no doubt more rigorous than the American shorthand which conflates the two, it should be accepted that how Americans use the terms in their political discourse to understand such campaign positions.

There is a certain rhetorical dishonesty in trying to shift from common usage to claiming you were actually employing a more rigorous and technical use of language. That's what is offensive about Obama's attempt to elevate the throwaway clause “No acts of terror will ever shake the resolve of this great nation” over his weeks long argument that it was the youTube video that sparked riots and then the attack.

Stewart should have avoided the campaign issue altogether. While he may not have intended it, his statemt, "As with most political rhetoric, both claims bear elements of truth, but the truth depends largely on how al Qaeda and jihadism are defined" has no bearing on what transpired during the debate and comes across looking like a weak setup for a rationalization of Obama's dishonesty.

Since the article dealt with numerous terrorist identities the old pop-psychology fad of multiple personalities came to mind. That led to the movie Sybil and so its female lead, Sally Field, was the only choice for the honor of being this article's Hot Stratfor Babe.

Ms Field started out on TV playing the annoyingly perky teenager Gidget, and followed that up with The Flying Nun, another ridiculous character. In spite of such preposterous type casting to start her career she's flourished as an actress including an academy Award as Best Actress for her part in Places in the Heart. She continues to work steadily to this day.

The Obama administration's efforts to counter the threat posed by al Qaeda and the wider jihadist movement have been a contentious topic in the U.S. presidential race. Political rhetoric abounds on both sides; administration officials claim that al Qaeda has been seriously crippled, while some critics of the administration allege that the group is stronger than ever. As with most political rhetoric, both claims bear elements of truth, but the truth depends largely on how al Qaeda and jihadism are defined. Unfortunately, politicians and the media tend to define al Qaeda loosely and incorrectly.

The jihadist threat will persist regardless of who is elected president, so understanding the actors involved is critical. But a true understanding of those actors requires taxonomical acuity. It seems worthwhile, then, to revisit Stratfor's definitions of al Qaeda and the wider jihadist movement.

A Network of Networks

Al Qaeda, the group established by Osama bin Laden and his colleagues, was never very large -- there were never more than a few hundred actual members. We often refer to this group, now led by Ayman al-Zawahiri, as the al Qaeda core or al Qaeda prime. While the group's founders trained tens of thousands of men at their camps in Afghanistan and Sudan, they initially viewed themselves as a vanguard organization working with kindred groups to facilitate the jihad they believed was necessary to establish a global Islamic caliphate. Most of the men trained at al Qaeda camps were members of other organizations or were grassroots jihadists. The majority of them received basic paramilitary training, and only a select few were invited to receive additional training in terrorist tradecraft skills such as surveillance, document forgery and bombmaking. Of this select group, only a few men were invited to join the al Qaeda core organization.

Bin Laden envisioned another purpose for al Qaeda: leading the charge against corrupt rulers in the Muslim world and against the United States, which he believed supported corrupt Muslim rulers. Al Qaeda sought to excise the United States from the Muslim world in much the same way that Hezbollah drove U.S. forces out of Lebanon and Somalia forced the U.S. withdrawal from Mogadishu.

Al Qaeda became a network of networks -- a trait demonstrated not only by its training methods but also in bin Laden's rhetoric. For example, bin Laden's 1998 "World Islamic Front" statement, which declared jihad against Jews and Crusaders, was signed by al-Zawahiri (who at the time was leading the Egyptian Islamic Jihad) and leaders of other groups, including the Egyptian Islamic Group, Jamiat-ul-Ulema-e-Pakistan and the Jihad Movement of Bangladesh.

Following the 9/11 attacks, the United States applied against the al Qaeda core the full pressure of its five counterterrorism levers: intelligence, military, law enforcement, diplomacy and financial sanctions. As a result, many al Qaeda members, eventually including bin Laden, were captured or killed and their assets were frozen. Such measures have ensured that the group remains small for operational security concerns. The remaining members of the group mostly are lying low in Pakistan near the Afghan border, and their isolation there has severely degraded their ability to conduct attacks. The al Qaeda core is now relegated to producing propaganda for guidance and inspiration for other jihadist elements. Despite the disproportionate amount of media attention given to statements from al-Zawahiri and Adam Gadahn, the al Qaeda core constitutes only a very small part of the larger jihadist movement. In fact, it has not conducted a successful terrorist attack in years.

However, the core group has not been destroyed. It could regenerate if the United States eased its pressure, but we believe that will be difficult given the loss of the charismatic bin Laden and his replacement by the irascible al-Zawahiri.

An element of the jihadist movement that is often loosely referred to as al Qaeda is the worldwide network of local or regional militant groups that have assumed al Qaeda's name or ideology. In many cases, the relationships between the leadership of these groups and the al Qaeda core began in the 1980s and 1990s.

Some franchise group leaders, such as AQAP's Nasir al-Wahayshi, maintain strong relationships with the al Qaeda core and are very closely aligned with the core's philosophy. Other leaders, such as Abu Musab Abd al-Wadoud of AQIM, are more distanced. In fact, AQIM has seen severe internal fighting over these doctrinal issues, and several former leaders of Algeria's Salafist Group for Preaching and Combat left the group because of this conflict. Further, it is widely believed that the death of Somali al Qaeda leader Fazul Abdullah Mohammed was arranged by leaders of Somali jihadist group al Shabaab, which he had criticized sharply.

The last and broadest element of the global jihadist movement often referred to as al Qaeda is what Stratfor refers to as grassroots jihadists. These are individuals or small cells of individuals that are inspired by the al Qaeda core -- or increasingly, by its franchise groups -- but that may have little or no actual connection to these groups. Some grassroots jihadists travel to places such as Pakistan or Yemen to receive training from the franchise groups. Other grassroots militants have no direct contact with other jihadist elements.

The core, the franchises and the grassroots jihadists are often interchangeably referred to as al Qaeda, but there are important differences among these actors that need to be recognized.

In places such as Iraq, Afghanistan, Yemen, Libya and northern Mali, several militant groups are fighting foreign forces, their government or each other -- and sometimes all of the above. Some of these groups are jihadists, some are tribal militias, some are brigands and smugglers, and others are nationalists. Identifying, sorting and classifying these groups can be very difficult, and sometimes alliances shift or overlap. For example, Yemen's southern separatists will sometimes work with tribal militias or AQAP to fight against the government; other times, they fight against these would-be allies. We have seen similar dynamics in northern Mali among groups such as AQIM, Ansar Dine, the Movement for Unity and Jihad in West Africa, various Tuareg groups and other tribal militias in the region.

Taxonomy becomes even more difficult when a group uses multiple names, or when multiple groups share a name. Groups adopt different names for discretion, confusion or public relations purposes. AQAP called itself Ansar al-Shariah during its fight to take over cities in southern Yemen and to govern the territory. But radical cleric Abu Hamza al-Masri, who was arrested in the United Kingdom in 2004 and extradited to the United States in 2012, has long led a movement likewise called Ansar al-Shariah. Even the Libyan jihadist militia that attacked the U.S. Consulate in Benghazi uses the same name. But just because these groups share a name, and just because members or leaders of the groups know each other, does not necessarily mean that they are chapters of the same group or network of groups, or that they even subscribe to the same ideology.

As we mentioned long before Moammar Gadhafi was ousted in Libya, jihadists and other militants thrive in power vacuums. This assertion has proved true in Afghanistan, Iraq and Somalia, and more recently in Libya, northern Mali and now Syria. Weapons flooding into such regions only compound the problem.

Militant Islamists have seized the opportunity to grow in influence in such places, as have the subset of militant Islamists we call jihadists. So in this context, while the al Qaeda core has been crippled, other portions of the jihadist movement are thriving. This is especially so among those that aspire to mount local insurgencies rather than those more concerned with planning transnational attacks. The nuances are important because as the composition and objectives of jihadist groups change, so do their methods of attack.

Defining al Qaeda is republished with permission of Stratfor.
Posted by ambisinistral at 5:38 PM