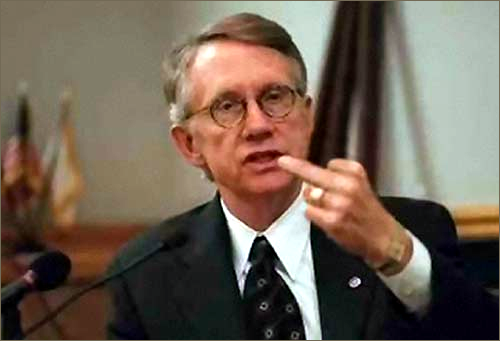 Pulling in 53% of the vote, Harry Reid easily out distanced his three competitors -- John Edwards, Dick Cheney and the Gila Monster -- to win the title of America's National Lizard in the latest Flares Poll of International Opinion. Congrats Harry, it's an honor you certainly deserve.

As for that other election winding up tomorrow, the Diplomad says it well in his post The Politics of Revenge:


Obama's exhortation to his followers to vote out of "revenge" is another unappealing glimpse into the soul of the President. Combine that with his heartfelt "you didn't build that,""the bitter clingers" to guns and religion, his obsession with redistribution of wealth and income, his wife's "never been proud of my country,"and the couple's twenty-some years in the pews of Rev. Wright's church, and you have a pretty complete picture of the First Couple despite their efforts to hide and reshape their past. Obama and his wife are haters. They are the perfect incarnation of the university faculty lounge/Hollywood celebrity culture of contempt, resentment, vanity, and entitlement.

Left-leaning courts would support Democrat executive orders and stymie any future Republican Presidents' attempts to roll them back via their own executive decrees. If you think I'm overstating things, take a look at Herry's finger above and ask yourself, do you really believe the Progs won't fight tooth and nail to keep Romney from reigning in Obamacare and the EPA's regulations?

There is no magic route directly from A to Z. The long counter-march through the institutions will take time, and it will only be realistically done a step at a time. At this point we need to stop the leftward drift not abet it.

Posted by ambisinistral at 6:54 PM