During the 19th Century, and into the early part of the 20th Century, one of the traditions of Thanksgiving in NE American cities was masking. Like Halloween trick or treat, the children would dress up in costumes and masks and beg for candy treats and pennies.

Thanksgiving masking was frowned upon by polite society and eventually the commercialization of Halloween as well as the Macy's Thanksgiving Day Parade caused masking to fade away.

You can read more about the old tradition at the Bowery Boys article Happy Thanksgiving Masking: The pleasures of mischief, featureless masks and cross-dressing children! The pictures are from the Library of Congress Flickr photo stream. 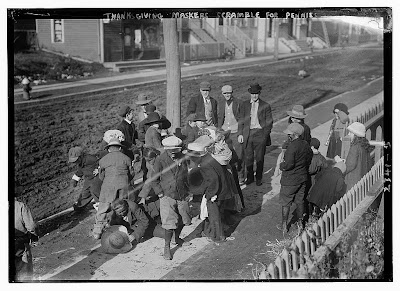 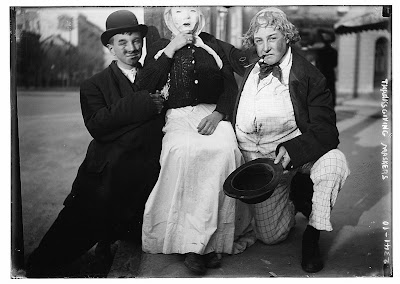 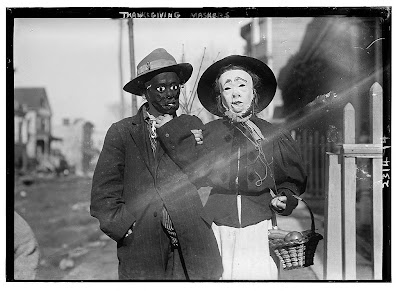 Posted by ambisinistral at 8:15 PM