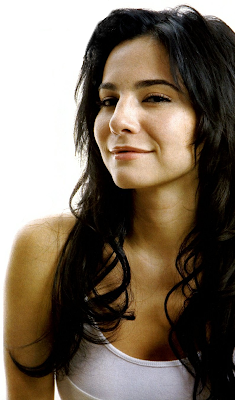 In this Stratfor article Scott Stewart discusses the possible policies of Enrique Pena Nieto, the Mexican Prsident elect, with regards to the ongoing violence between drug cartels in the country.

He has plans to reorganize the Mexican domestic security apparatus under the umbrella of the new Secretariat of the Interior. This is to better coordinate their efforts as well as to reduce corruption.

There is some thought that Nieto, who is a member of the Institutional Revolutionary Party, will return to that party's policy of negotiating and compromise with the cartels. However, Stewart points out that the landscape of Mexico's criminal violence has changed considerably, and so such an option may no longer be available to Nieto.

For the article's hot Stratfor Babe I turned to Mexican actresses for a worthy candidate and, after careful consideration, I selected Martha Higareda for the profound honor.


Constraints Facing the Next Mexican President
By Scott Stewart,Vice President of Analysis, November 22, 2012

Enrique Pena Nieto will be sworn in as Mexico's next president Dec. 1. He will take office at a very interesting point in Mexican history. Mexico is experiencing an economic upturn that may become even more pronounced if Pena Nieto's Institutional Revolutionary Party administration is able to work with its rivals in the National Action Party to enact needed reforms to Mexico's labor, financial and energy laws.

Another arrestor to further expanding Mexico's economy has been the ongoing cartel violence in Mexico and the dampening effect it has had on outside investment and tourism. Pena Nieto realizes that Mexico's economy would be doing even better were it not for the chilling effect of the violence. During his campaign, he pledged to cut Mexico's murder rate in half by the end of his six-year term, to increase the number of federal police officers and to create a new gendarmerie to use in place of military troops to combat heavily armed criminals in Mexico's most violent locations.

According to Mexico's El Universal newspaper, Pena Nieto is also proposing to eliminate the Secretariat of Public Security and consolidate its functions, including the federal police, under the Secretariat of the Interior. This move is intended to increase coordination of federal efforts against the cartels and to fight corruption. The federal police are under heavy scrutiny for the involvement of 19 officers in the Aug. 24 attack against a U.S. diplomatic vehicle in Tres Marias, Morelos state. This incident has long faded from attention in the United States, but the investigation into the attack remains front-page news in Mexico.

Of course, there are also commentators who note that Pena Nieto's election is a return to power for the Institutional Revolutionary Party, which held power in Mexico for some 70 years prior to the election of Vicente Fox of the National Action Party in 2000, and Felipe Calderon in 2006. This narrative claims that Pena Nieto will quickly return to the Institutional Revolutionary Party policy of negotiating with and accommodating the cartel organizations, which will solve Mexico's violence problem.

Unfortunately for Mexico, neither law enforcement reforms nor a deal with the cartels will quickly end the violence. The nature of the Mexican drug cartels and the dynamic between them has changed considerably since Pena Nieto's party lost the presidency, and the same constraints that have faced his two most recent predecessors, Vicente Fox and Felipe Calderon, will also dictate his policy options as he attempts to reduce cartel violence.

As George Friedman noted about the U.S. presidential election, candidates frequently aspire to institute particular policies when elected, but once in office, presidents often find that their policy choices are heavily constrained by outside forces. This same concept holds true for the president of Mexico.

Fox and Calderon each came into office with plans to reform Mexico's law enforcement agencies, and yet each of those attempts has failed. Indeed, recent Mexican history is replete with police agencies dissolved or rolled into another agency due to charges of corruption. The Federal Investigative Agency, established in 2001 by the Fox administration, is a prime example of a "new" Mexican law enforcement agency that was established to fight -- and subsequently dissolved because of -- corruption. Pena Nieto's plans for law enforcement reform will be heavily constrained by this history -- and by Mexican culture. Institutions tend to reflect the culture that surrounds them, and it is very difficult to establish an institution that is resistant to corruption if the culture surrounding the institution is not supportive of such efforts.

Another important constraint on the Pena Nieto administration is that the flow of narcotics from South America to the United States has changed over the past two decades. Due to enforcement efforts by the U.S. government, the routes through the Caribbean have been largely curtailed, shifting the flow increasingly toward Mexico. At the same time, the Colombian and U.S. authorities have made considerable headway in their campaign to dismantle the largest of the Colombian cartels. This has resulted in the Mexican cartels becoming increasingly powerful. In fact, Mexican cartels have expanded their control over the global cocaine trade and now control a good deal of the cocaine trafficking to Europe and Australia.

While the Mexican cartels have always been involved in the smuggling of Marijuana to the United States, in recent years they have also increased their involvement in the manufacturing of methamphetamine and black-tar heroin for U.S. sale while increasing their involvement in the trafficking of prescription medications like oxycodone. While the cocaine market in the United States has declined slightly in recent years, use of these other drugs has increased, creating a lucrative profit pool for the Mexican cartels. Unlike cocaine, which the Mexicans have to buy from South American producers, the Mexican cartels can exact greater profit margins from the narcotics they produce themselves.

This change in drug routes and the type of drugs moved means that the smuggling routes through Mexico have become more lucrative then ever, and the increased value of these corridors has increased the competition to control them. This inter-cartel competition has translated into significant violence, not only in cities that directly border on the United States like Juarez or Nuevo Laredo but also in port cities like Veracruz and Acapulco and regional transportation hubs like Guadalajara and Monterrey.

The nature of the Mexican cartels themselves has also changed. Gone are the days when a powerful individual such as Miguel Angel Felix Gallardo could preside over a single powerful organization like the Guadalajara cartel that could control most of the drug trafficking through Mexico and resolve disputes between subordinate trafficking organizations. The post-Guadalajara cartel climate in Mexico has been one of vicious competition between competing cartels -- competition that has become increasingly militarized as cartel groups recruited first former police officers and then former special operations soldiers into their enforcer units. Today's Mexican cartels commonly engage in armed confrontations with rival cartels and the government using military ordnance, such as automatic weapons, hand grenades and rocket-propelled grenades.

It is also important to realize that government operations are not the main cause of violence in Mexico today. Rather, the primary cause of the death and mayhem in Mexico is cartel-on-cartel violence. The Calderon administration has been criticized for its policy of decapitating the cartel groups, which has in recent years resulted in the fragmenting of some cartels such as the Beltran Leyva Organization, La Familia Michoacana and the Gulf cartel -- and thus an increase in intra-cartel violence. But such violence began in the 1990s, long before the decapitation strategy was implemented.

Because the struggle for control of lucrative smuggling routes is the primary driver for the violence, even if the Pena Nieto administration were to abandon the decapitation strategy and order the Mexican military and federal police to stand down in their operations against the cartels, the war between the cartels would continue to rage on in cities such as Monterrey, Nuevo Laredo, Guadalajara and Acapulco. Because of this, Pena Nieto will have little choice but to continue the use of the military against the cartels for the foreseeable future. The proposed gendarmerie will be able to shoulder some of that burden once it is created, but it will take years before enough paramilitary police officers are recruited and trained to replace the approximately 30,000 Mexican soldiers and marines currently dedicated to keeping the peace in Mexico's most violent areas.

One other way that the cartels have changed is that many of them are now allied with local street gangs and pay their gang allies with product -- meaning that street-level sales and drug abuse are increasing in Mexico. Narcotics are no longer commodities that merely pass through Mexico on their way to plague the Americans. This increase in local distribution has brought with it a second tier of violence as street gangs fight over retail distribution turf in Mexican cities.

Finally, most of the cartels have branched out into other criminal endeavors, such as kidnapping, extortion, alien smuggling and cargo theft, in addition to narcotics smuggling. Los Zetas, for example, make a considerable amount of money stealing oil from Mexico's state-run oil company and pirating CDs and DVDs. This change has been reflected in law enforcement acronyms. They are no longer referred to as DTOs -- drug trafficking organizations -- but rather TCOs -- transnational criminal organizations.

With the changes in Mexico since the 1990s in terms of smuggling patterns, the types of drugs smuggled and the organizations smuggling them, it will be extremely difficult for the incoming administration to ignore their activities and adopt a hands-off approach. This means that Pena Nieto will not have the latitude to deviate very far from the policies of the Calderon administration.

Constraints Facing the Next Mexican President is republished with permission of Stratfor.
Posted by ambisinistral at 7:15 PM