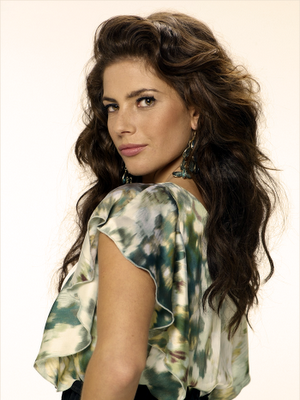 In this Stratfor article Ben West discusses the recent arrest of Dr. Brunon Kwiecien in Poland. Kwiecien is a chemist and a supporter of Anders Breivik who had planned to bomb the Polish parliament.

The article gives a good introduction to the case covering Kwiecien's bomb making abilities, the nature of his cell and how he was captured.

Like Breivik, Kwiecien's plotting reminded me of Wretchard's (Richard Fernandez) Fourth Conjecture which posited that any sort of a mass attack that could be planned by an Islamic terrorist could likewise be planned by a Western cell, and perhaps executed with greater competency.

As Fernandez put it in his post All for One and One for All:


With the proliferation of knowledge and the increasing sophistication of commercially available devices a time will eventually come when small groups can build nuclear or biological devices without state assistance. When private and personal WMD attacks become possible deterrence will lose effectiveness entirely.

But the situation will be even more dangerous than Coll suggests. Long before a faculty lounge in Islamabad or Riyadh realizes it can build a bomb alone and secretly, the same thought will have occurred to individuals in Tel Aviv, New Delhi or Palo Alto. Any Islamic group that believes it can attack New York deniably should convince itself that no similar group can nuke Mecca at the height of the pilgrim season. In fact, the whole problem that Coll describes should be generalized. The only thing worse than discovering that New York has been destroyed by persons unknown is to find that Islamabad has been vaporized by a group we've never heard of.

For the article's Hot Stratfor Babe I turned to Polish actresses and after reviewing all available research material I selected Weronika Rosati to receive the prestigious award.

Ms Rosati, who is the daughter of a member of the EU Parliament (I wonder if Nigel Farage has bounced jokes and insults off his skull?), started out on Polish television and quickly moved on to film. She has since moved to the U.S. where she is trying to get into American film with modest success so far.

Poland's Internal Security Agency announced Nov. 20 that it had arrested "Brunon K," a chemistry professor at the Agricultural University in Krakow who allegedly planned to attack the lower house of the Polish parliament. The arrest came Nov. 9, just two days before Warsaw's annual Independence Day parade, which authorities believe could have been another target. During the arrest, authorities seized ammonium nitrate fertilizer, high-powered, military-grade explosive RDX and other bomb-making equipment. They also seized several hundred rounds of ammunition, a bulletproof vest and a pistol.

Presumably, the suspect in question is Dr. Brunon Kwiecien, who has published multiple chemistry papers at the Agricultural University in Krakow, according to a Polish academic directory. Kwiecien openly espoused anti-government views and accused the Polish government and the European Commission of tyranny. Specifically, he condemned the Anti-Counterfeiting Trade Agreement, which has angered Internet freedom activists in Europe.

Kwiecien is also a self-proclaimed supporter of Norwegian ultranationalist terrorist Anders Breivik, who conducted a successful lone wolf attack in Oslo in 2011. Indeed, tactically Kwiecien's plot against the Polish government resembled Breivik's in many ways. But his was only the latest, certainly not the last, thwarted terrorist attack in Europe, where similar plots can be expected as the economic and political situation continues to worsen.

Kwiecien allegedly considered Breivik's vehicle-borne improvised explosive device attack on Norway's parliament building a failure -- Breivik's killed only eight people and failed to inflict catastrophic structural damage on the building. Breivik used 1 metric ton of ammonium nitrate-based explosives, commonly called ANFO, or ammonium nitrate fuel oil, and parked his vehicle on the street, putting some distance between the VBIED and the building. Kwiecien intended to construct an explosive device using 4 metric tons of ANFO inside a tanker truck, crash through the gates of the parliament building and detonate the VBIED within the courtyard. Investigators believe that it would have been a suicide mission. Had he executed his attack successfully, he likely would have created a blast big enough to cause significant structural damage and loss of life, resulting in more damage and more deaths than Breivik's explosive device.

According to authorities, Kwiecien began planning for the attack between July and September. He apparently had traveled to Warsaw to surveil the area surrounding the building. The fact that there is fairly light security at the entrance to the parliament building may have encouraged Kwiecien to go forward with his plot.

What differentiates Kwiecien -- and Breivik before him -- from many other aspiring terrorists is his knowledge of how to make bombs. Most grassroots terrorists lack the requisite skillset and the wherewithal to build a viable explosive device. Reaching out for assistance in acquiring these skills exposes them to detection. For example, Adel Daoud was arrested Sept. 15 in Chicago by an undercover FBI agent, from whom Daoud had sought assistance to carry out his attack.

Kwiecien, a professional chemist, could have avoided Daoud's fate. He had the scientific background necessary to know how to make explosives. He also was an explosives enthusiast; allegedly he lost several of his fingers detonating a homemade bomb when he was a teenager. He had filmed his "experiments" over the past 10 years. Authorities also claim that Kwiecien had detonated a bomb containing as much as 250 kilograms (about 550 pounds) of explosives, though video footage shows explosive charges that were much smaller. Even if he had detonated a bomb of that size, there is no indication that he ever came close to experimenting with a bomb containing 4 metric tons of explosives. Thoroughly mixing 4 metric tons of ammonium nitrate fertilizer and diesel, the typical fuel oil in ANFO, is very difficult, but the challenge in constructing bombs that large is detonation. Generally, the larger the main charge is, the harder it is to achieve a simultaneous detonation and thus cause maximum damage.

Four metric tons of ANFO equates to more than 3,000 liters (800 gallons). Successfully igniting all that material requires the ignition of several smaller, high-powered detonation charges. Otherwise the device can fail or only partially detonate in what is referred to as a low-order explosion, where the ANFO is propelled away from the device rather than detonated. In 2010, Faisal Shahzad attempted to construct a device and detonate it in Times Square. But he was an amateur bombmaker. As such, he constructed a poorly made bomb, and the main charge failed to detonate accordingly.

It appears that Kwiecien was planning to use RDX for the detonation charges. Acquiring ANFO is relatively easy; it is made from legitimate agricultural products, and Kwiecien worked at an agricultural university. Acquiring RDX is far more difficult; it's a military-grade explosive that is much more regulated than fertilizer. But again, Kwiecien's chemistry background would have given him the skills needed to make homemade RDX instead of having to source it externally. Making it alone would shield him from law enforcement officials who monitor the acquisition of such materials.

It is unclear whether Kwiecien could have built the bomb he intended to, but he was much more likely to have done so than other would-be terrorists. However, just because Kwiecien appears to have had the skillset to make a bomb without alerting the authorities does not mean that he kept the plot only to himself. In fact, he made several serious mistakes in plotting his attack that made him vulnerable to authorities.

Kwiecien brazenly advertised his anti-government ideology. He reportedly spoke openly with his students about bringing down the Polish government. He taught extracurricular classes on making explosives and claimed that officials had threatened to prosecute him if he didn't stop them. His wife, a biologist, alerted authorities when Kwiecien allegedly asked her how he could make a biological "dirty bomb."

In addition, Kwiecien used his own email address and identity for his online activity, where he made anti-government comments, praised Breivik and openly recruited like-minded people to join his cause. Reports indicate that Polish authorities' investigations into Breivik's connections in Poland may have also led to Kwiecien. All of these actions tipped off authorities, who likely had a fairly thick file on him by the time he was arrested.

Notably, none of his actions were necessarily grounds for prosecution. To gather more evidence, the Polish national police mounted an investigation that involved infiltrating his group. Excluding Kwiecien, the group comprised four members, two of whom were undercover agents. The other two were arrested.

Once undercover, the two operatives were able to collect details on Kwiecien's weapons and explosives acquisition efforts. Moreover, they would have been able to provide evidence that ties Kwiecien to the materials meant to be used in the attack. The operatives also could have kept tabs on Kwiecien and alerted authorities when they believed he was moving closer to an attack.

Kwiecien's motivations for expanding his group are unknown, but ultimately it was his desire for recruitment that compromised him.

Like Breivik, Kwiecien embodied the rare combination of ideological fervor and technical capability. But unlike Breivik, he did not strictly adhere to operational security standards. Breivik went to great lengths to maintain operational security, seeking help only when he absolutely needed it -- like when he traveled to purchase firearms. Kwiecien flaunted his capabilities and his ideology, making him a bigger target for authorities.

Kwiecien was also a copycat who sought to conduct the same attack that Breivik did, only on a larger scale. European authorities -- indeed, law enforcement agencies around the world -- have studied the Breivik case for more than a year. Thus they probably became better at identifying attacks that employ the same tactics.

Perhaps most important, Kwiecien's case also shows that Breivik's call to action has been heard. In his manifesto, Breivik appealed to other like-minded individuals to form cells and fight multiculturalism in Europe. Individuals like Breivik and Kwiecien, who combine capability and ideology, are rare. But Europe has a skilled workforce that could produce similarly capable extremists.

Indeed, Breivik and Kwiecien are not alone in their ultranationalist ideals. On Nov. 23, Swedish extremist Peter Mangs was sentenced to life in prison for a series of killings targeting immigrants around Malmo, a city in southern Sweden. Mangs killed for several years before he was caught, indicating that he was well disciplined and practiced operational security.

The conditions of Europe are conducive for extremism. As national economies worsen and European institutions weaken, there will be more cause, in the eyes of extremists, to lash out against the state and against Europe. Such threats are not found only among ultranationalists. Left-wing groups and anarchist cells also pose a threat, as evidenced in Greece and Italy. Kwiecien certainly will not be the last extremist to plot an attack in Europe, and the more like-minded individuals who take up the cause, the higher the chances are for more attacks

Mimicking Breivik in Poland is republished with permission of Stratfor.
Posted by ambisinistral at 5:28 PM