Polish architect Jakub Szczesny has built the world's thinnest house in Warsaw. It was built in a narrow space between two buildings and is 28 inches wide at its narrowest point, and only 4 feet at its widest. I realize that it is more of a proof of concept than anything intended for production, but it strikes me as being an extremely poor design none the less. Considering its claustrophobic nature, the amount of space wasted is staggering.

Via Amusing Planet, which has more pictures of the house as well a further details about it. 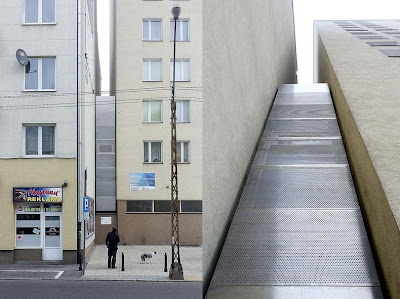 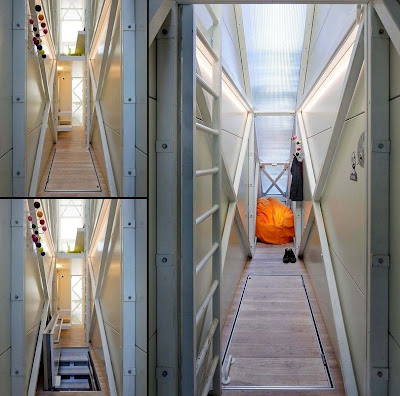 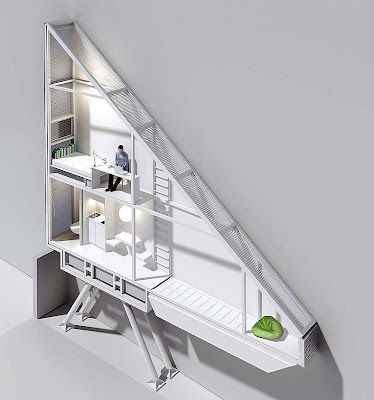 Posted by ambisinistral at 7:06 PM

Don't I remember something about someone making a house out of a billboard sign?

Yea, earlier I did Billboard houses and before that Narrow footprints about thin Japanese buildings.