When you think of old pulp magazines you tend to think of them as being testosterone laden. However, there were pulps for women also. One of them was the magazine Romance, which was a bit odd in that it had two brief spurts of being published: 1919-1920 and 1928-1930. It featured exotic locations and time periods for its stories.

The cover images are a lot less active than the one's seen on men's pulps, while it seems to me that they're a lot more colorful. It was surprising to see Joseph Conrad's name on the November 1919 cover -- I never thought of him as a writer of romantic tales, but a paycheck is a paycheck and that's pretty much what pulp was all about.

These samples are from MagazineArt's Romance, the adventure pulp.  There are more examples after the jump, and more at the MagazineArt link. 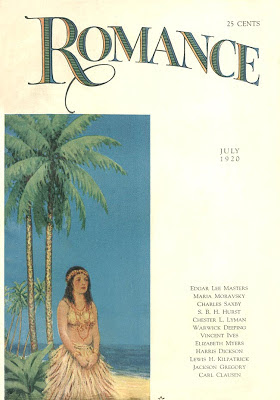 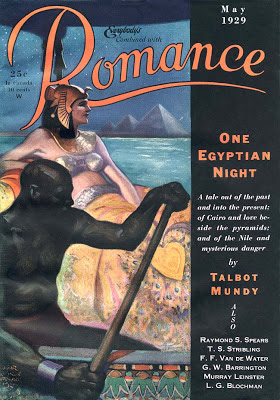 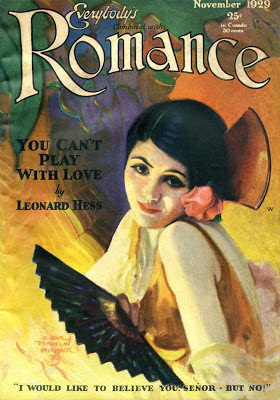 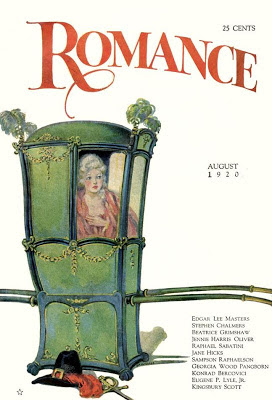 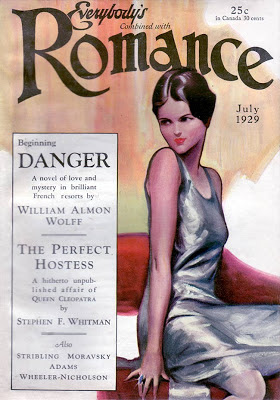 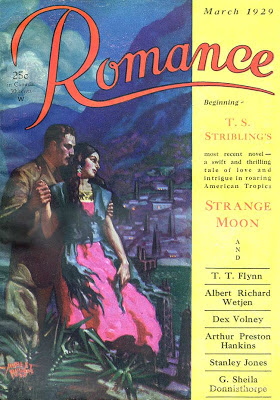 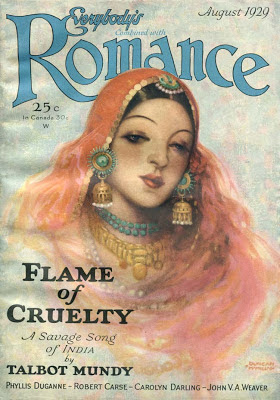 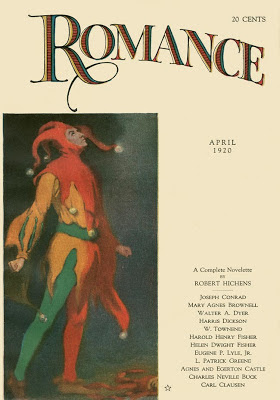 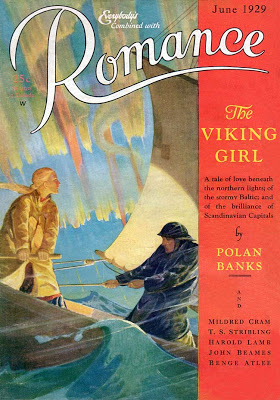 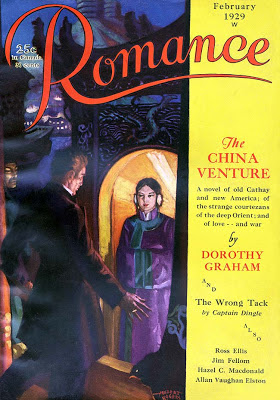 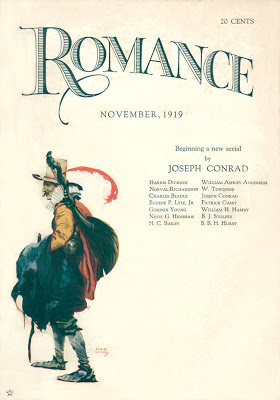 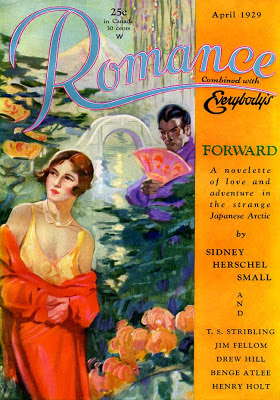 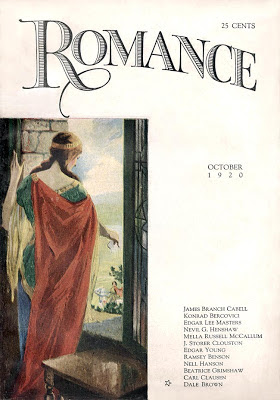 Posted by ambisinistral at 5:52 PM