Saturday Movie Review: The Lives of Others 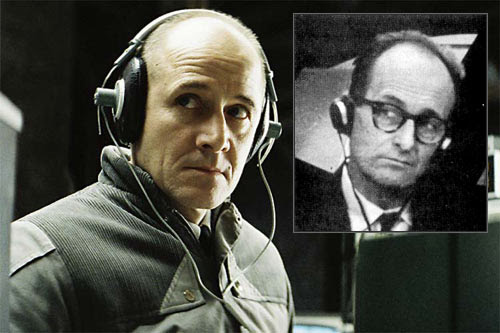 I was coerced into seeing The Lives of Others (Das Leben der Anderen) on the rumor that it was even better than Downfall (Der Untergang). It is not. Downfall did what few pieces of art aspire to, let alone accomplish. It took a man, universally despised and feared, and made him a human being. In doing so it opened up our own humanity for us to see; reflecting to us how we can be wonderful as well as despicable. Casting Adolph Hitler and the high-ranking Nazi officials that surrounded him in a sympathetic light is probably the hardest task that any writer can perform. Doing it with the understated and sadly realistic panache that Downfall pulls off is sheer brilliance. So I was not too surprised that the rumor turned out to be false. I was, however, surprised by how close it was to truth. The Lives of Others is a remarkably good film. And it, alongside Downfall, marks the coming of a brilliant new age for German cinema.

The Lives of Others has a lot going for it. It won the Academy Award for best Foreign Language film (one of the few categories of Oscar that occasionally goes to the movie that deserves it). And unlike Downfall, it tells us a story we have heard only in snippets—the story of the East German secret police. A lot of moviegoers will be horrified by the insane Orwellian logic by which the East German government ruled (the movie, after all, mostly takes place in 1984). I was far more horrified by its servants' intelligence and efficiency. The film begins with a secret policeman showing students in the academy the skills of his trade, how to correctly interrogate a suspect. With cold, dead eyes, the teacher—the film’s protagonist, agent Gerd Wiesler (the brilliant Ulrich Mühe)—plays for his class a tape of a successful interrogation and explains that a suspect may only give you the information you need after forty hours of solid interrogation. When a student asks if keeping someone awake for this long is not inhumane, he calmly marks an x next to the student’s name and explains that an innocent person will get irate after being questioned for so long, while a guilty man will become complacent and may cry. While you are busy reeling over the insanity of this, the movie progresses forward. Wiesler points out that the suspect has the exact same story forty hours into the interrogation as he had at its commencement—the same story word for word. Such a rehearsed story is the sign of a lie—an honest man can tell you the same event from several different angles, but a guilty one can only give the lines that he has rehearsed. This is, of course, true. And the cold logic of it hit me far harder than the brutality of sleepless torture. We immediately realize that the suspect has something to hide, and that Wiesler is more than capable of getting him to reveal it. A threat to the suspect’s wife and children are all it takes to crush the tired and broken suspect. Agent Wiesler calmly writes down the name the suspect gives him.

This scene sets the whole tone of the film. It depicts an insane world of drab streets, fearful citizens, and government bureaucrats more deadly than sharks. But a world that is populated by real people. Some of them are loyal believers in East Germany and socialism, some of these are hardworking and dedicate themselves to their system with a zealous belief in its good, and some of these—a very few—are even good men. The movie is about two such men, the playwright Georg Dreyman (Sebastian Koch)—the only East German writer who believes in East Germany and is good enough to be read in the West—and agent Wiesler, who is assigned to spy on him.

The plot of the movie is too good and is revealed too well to be restated here. Suffice it to say that the government’s motives in spying on Dreyman are less than the perfect betterment of the state. When Wiesler learns of the true reason he has been made to monitor another man’s life, his faith in the East German system is shaken. When he hears, from bugs in every room of Dreyman’s apartment, what a decent person his target is, his idealistic notions are shattered. As the story moves along at the pace of a Hitchcock thriller, Wiesler finds it harder and harder not to help the man he is supposed to be ruining. And as he begins to be swayed to the side of decency, we witness the same humanistic message that Spielberg gave us in Schindler’s List: human beings are good and worth fighting for.

Of course, The Lives of Others does not reach the grandiosity that was put forth in Schindler’s List, but its subtlety is its greatest strength. Excepting the fiendishly evil Minister Hempf, whose idea it is to spy on Dreyman, everything about this movie smacks of a realistic portrayal. The far more nuanced Grubitz—head minister of culture (“the state’s sword and shield”) and Wiesler’s direct boss—is far more convincing, and thus terrifying. He at first comes off as an idiotic bureaucrat, but we soon see how cleverly evil he is. When he begrudgingly eats lunch with low-level secret policemen, instead of the high level officials he is used to (“Socialism has got to start somewhere,” Wiesler tells him), he overhears one of them making a joke about the party’s leader. When the officer realizes he has been spotted he freezes in his tracks, but Grubitz eggs him on, urging the joke to its punch line. When it is delivered he laughs heartily and then demands the man’s name and rank. After a few seconds of fearful silence, Grubitz reveals that he is only joking. We are reminded of Joe Pesci’s character in Goodfellas, who makes Ray Liota laugh and then threatens his life only to reveal that he is joking. As that film progresses, Scorsese reveals to us how serious he really was. As does The Lives of Others’ brilliant writer and director, Florian Henckel von Donnersmarck, who shows this same man, years later, working in the secret police’s lowest occupation—steaming open the letters of citizens. Although this man is not the focus of the scene, as von Donnersmarck retains his beautiful subtlety, we are chillingly reminded whom the joke is really on.

Grubitz is the perfect villain, able to laugh and joke, to fraternize with all the governmental bigwigs, while carefully monitoring everyone for weaknesses. He reads from a student’s paper which explains the five types of artists in East Germany and how to break each one. The student got a "B" (“You can’t praise them too much,” Grubitz tells Wiesler), yet Grubitz realizes the brilliance of his work. He explains that Dreyman is artist type 4, an “anthrocentric” who is best destroyed by utterly isolated captivity for eight months. “After which,” Grubitz says, amused, “he will no longer have the ability to write.” Knowing the kind of good, delicate soul that Dreyman possesses, we are sure that Grubitz is right. And we are sure what type he himself is.

The Lives of Others slips up at points. Its depiction of Hempf may be a little overdramatic, as may be its Deus Ex Machina-like conclusion of the Dreyman investigation. But the film does not end there. It goes on to tell the story of what happens to its characters after the Iron Curtain crumbles. How people return to their lives, and how the tired, injured creature called compassion lives on. The movie’s ending is once again subtle, but it brought tears to my eyes.

The Lives of Others has a better story than Downfall. It has more hope and redemption for its characters, and tells us a story that we do not yet know by heart. It captures in its magical 137 minutes what Downfall captured as well: the real and actual lives of people, pushed to their limits, in the face of a system of utter brutality and insanity. It shows us that it is the corrupt systems, leviathans which exist beyond the lives and powers of their human components, that are the true evils in this world and those things which cannot be stopped (I got the distinct impression that every single character in the movie, be he artist or bureaucrat, could be replaced by someone else and that the system would run just as smoothly). Like Downfall it never strays too far into the realm of the unrealistic and all of its characters—like the Nazis in Downfall—are horrifically understandable and, at times, even sympathetic. It is a slightly worse film, because it does not seek to achieve the impossible task that Downfall set for itself and is of far less historical and political interest. It is, however, a great movie and of the utmost interest to anyone who believes in the good of humanity and in letting other people live their lives.
Posted by MeaninglessHotAir at 10:13 AM

This sounds like an excellent movie... one I would find it very hard to watch.

Thanks for a review with a lot of thought and heart in it.

I was "coerced" into seeing Lives of Others by a friend who wanted me to see what her family's life was like in Communist China. She insisted that the German movie got it right. Just the same.

Downfall is a great film too. I wouldn't say it makes Hitler & Co. sympathetic. It shows their all-too-human humanity, no doubt. But it is clear we are seeing a mad man, obsessed with his own magical thinking, in the final act of destroying his country, and still being allowed to do so by those around him too foolish or cowardly to stop him.

I particularly like the scene (Spoiler Alert) when Hitler and Eva Braun get married in the bunker, joined by Goebbels and a marriage commissioner. The commissioner, a true bureaucrat, asks Hitler for his certificate of racial purity (or whatever it's called - necessary for a legal marriage). Hitler doesn't have one. Goebbels, very embarassed, glares "but he's the Fuehrer!" The commissioner submits. That scene sums up the whole Nazi lie. I wonder if anyone knows if it really happened.

It's a great movie and it's not hard to watch unless you're uncomfortable if a story isn't utterly predictable. I think it's better than Downfall, which I think very good, but then, if politics and/or realism at the expense of narrative were of any concern to me when it came to movies, I wouldn't be me and I can't imagine I'd like movies anywhere near as much as I do.

My understanding of Downfall is that it was based on the book Inside Hitler's Bunker by historian Joachim Fest about Hitler's final days, pieces of Albert Speer's memoirs, and the memoirs of Traudl Junge, ergo it's probably as close to reality as we will ever get.