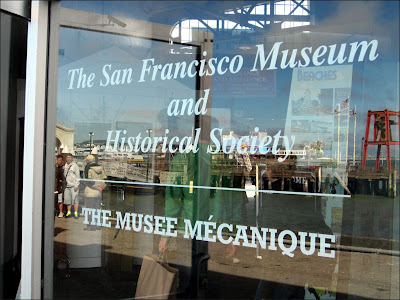 In San Francisco, along the water front, there was the Musee Mecanique. It was free and contained a large number of old arcade games and machines. 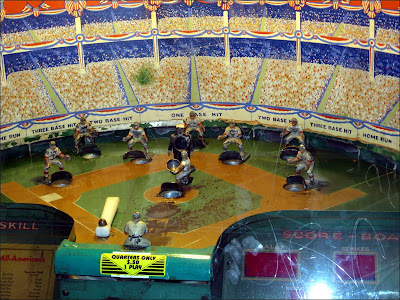 Some were old arcade games, like the baseball game above.The pitcher would spit a ball out and you would try to hit it past all of the fielders with the paddle 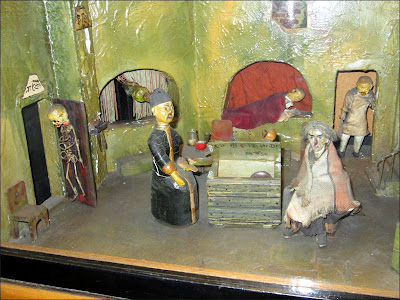 Others were mechanical dioramas like the opium den above. When you put the coin in it played spooky music as various opium induced apparitions popped in and out of the scene.

There are more pictures of the arcade machines after the jump. Click on any of the pictures for a larger view. 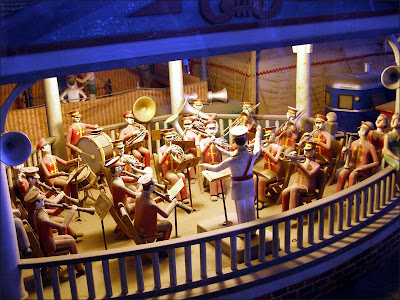 Of course there was a little mechanical band that played. There was a lot of movement in this diorama as the conductor conducted and the musicians played their instruments. 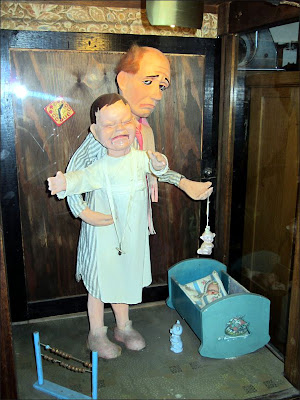 This one on the other hand had virtually no movement. All that happened when you put a coin in is that the dad sort of wobbled as an irritating recording of a baby crying played. 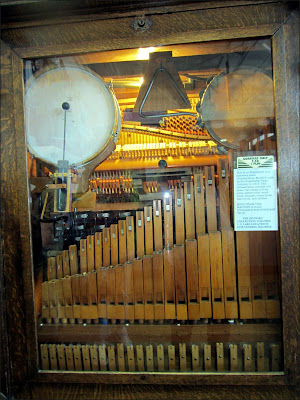 This was a machine that had an automated instruments that played a song for you. It sounded pretty good. 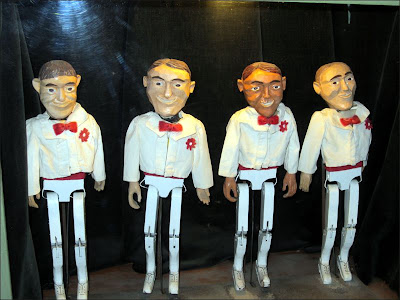 Along with music you had dancers. These for little guys with their cheery expressions hopped around on the end of sticks with their legs kicking like mad. 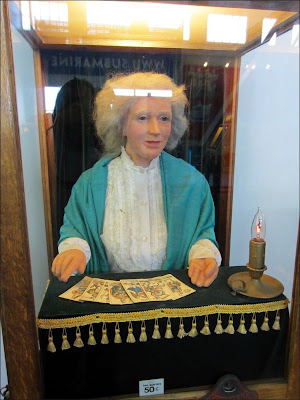 Of course there was also a fortune teller. Her head moved back and forth and she sort of waved her hands and then your fortuned popped out on a little sheet of paper. 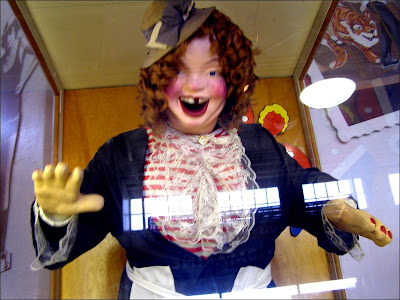 This lady was huge -- larger than life size. She rocked back and forth, laughed like a complete lunatic and scared the little kids in the process. 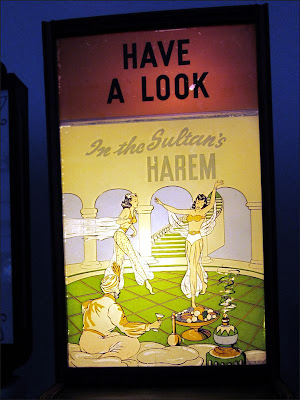 How could any guy resist? You put you money in and looked through an eyepiece. What you saw was a knot of yarn, that sort of looked like a grass skirt I guess, bouncy around like it was dancing. All in all, a pretty funny bait and switch.
Posted by ambisinistral at 12:27 AM