Time for a celebration 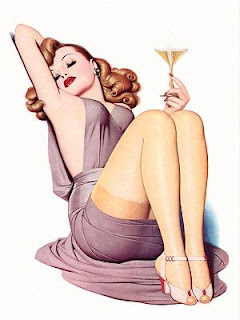 Late last night, after 5 years, 10 months and 15 days, Flares into Darkness welcomed its 500,000 visitor. Their details were blocked, so all I know is that from a Google search the person visited the 1939 Pontiac Ghost Car post.

By blog standards 500,000 posts over that period of time isn't all that impressive. It averages out to a fraction over 233 visits a day. Still, a half a million people have wandered through and read something, which is an amazing reach when you think about it.

I often times imagine new visitors are puzzled when they see the list of contributors and all they see posting is me. Uh... I meant me and The Robotolizer of course.

For newer visitors that don't know -- Flares started as a group blog of the regular commentors at Roger Simon's original blog. It was far more active in the early days and we added some newer contributors from time to time. Gradually our authors moved on -- some to other blogs, some returning to commenting, and others just disappeared. Around the time of Obama's election victory MeaninglessHotAir was the person who primarily kept Flares going with his links posts. When he moved on I would post once or twice a week, and other folks also intermittently posted.

Recently I've been experimenting with posting twice a day and who knows -- maybe one of the other contributors will get cranked-off over something start kicking in posts again. As you might tell from the lack of ads or even a tip jar, Flares has always been just an old-school blog where we just bloviate to our heart's content if we get the urge.

It's a little hard to be certain, because Sitemeter stats are not detailed enough, but I think Charlie Martin's  Iran Defence Forum - Female Soldiers from around the world has been our most visited post. During our lean years it wasn't a post at all that was the most searched for -- it was the Gadsden flag in our sidebar. We put it up out of anti-jihadist sentiment and ended jup getting a ton of traffic for it during the early Tea Party days. Oh, if you're interested, the most searched for Hot Stratfor Babe has been M.I.A. by a landslide.

Congratulations to us! When do we get to monetize this baby, LOL

Just think -- the guy selling Turkmenbashi jigsaw puzzles has a sounder business plan than we do. :)

Are you claiming that you are NOT the man selling Turkmenbashi jigsaw puzzles?

Congratulations to you, Ambi, for keeping Flares alive. If I had any ideas for posts I'd help. But the well has been dry (not that it was ever a gusher).