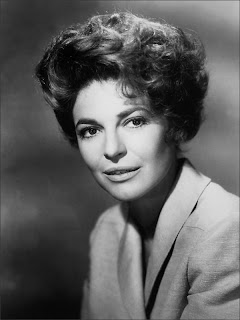 In this interesting Strafor article Scott Stewart uses the security of Syria's stockpile of chemical weapons as a springboard to discuss the difficulty in weaponizing and deploying chemical weapons.

He gives a history of recent attempts to use chemical weapons by terrorists and also examines the political cost deploying such weaponry would have on a group that used them.

The beginning of the article is excerpted below, with a link to the full article at the end of the excerpt.

All the talk about chemicals reminded me of the following scene from the movie The Graduate:


With that dialog locked into my head it became imperative that I select the Hot Stratfor Babe from the cast of the movie and so, after careful consideration, I selected Anne Bancroft who played Mrs. Robinson in the film for the singular honor.

Ms Bancroft had an extremely long acting career, beginning in the tail end of the studio system in the early 1950s and lasting up until her death in 2005. She is primarily remembered are a movie star, although she did Broadway and some television. She was also married to Mel Brooks for some 40 years.


The Specter of Syrian Chemical Weapons
By Scott Stewart, August 2, 2012

The unraveling of the al Assad regime in Syria will produce many geopolitical consequences. One potential consequence has garnered a great deal of media attention in recent days: the possibility of the regime losing control of its chemical weapons stockpile. In an interview aired July 30 on CNN, U.S. Secretary of Defense Leon Panetta said it would be a "disaster to have those chemical weapons fall into the wrong hands -- hands of Hezbollah or other extremists in that area." When he mentioned other extremists, Panetta was referring to local and transnational jihadists, such as members of the group Jabhat al-Nusra, which has been fighting with other opposition forces against the Syrian regime. He was also referring to the many Palestinian militant groups such as Hamas and the Popular Front for the Liberation of Palestine-General Command, which have long had a presence in Syria and until recently have been supported by the al Assad regime.

The fear is that the jihadists will obtain chemical weapons to use in terrorist attacks against the West. Israel is also concerned that Palestinian groups could use them in terrorist attacks inside Israel or that Hezbollah could use such weapons against the Israelis in a conventional military battle. However, while the security of these weapons is a legitimate concern, it is important to recognize that there are a number of technical and practical considerations that will limit the impact of these weapons even if a militant group were able to obtain them.

Militant Use of Chemical Weapons

Militant groups have long had a fascination with chemical weapons. One of the largest non-state chemical and biological weapons programs in history belonged to the Aum Shinrikyo organization in Japan. The group had large production facilities located in an industrial park that it used to produce thousands of gallons of ineffective biological agents. After the failure of its biological program, it shifted its focus to chemical weapons production and conducted a number of attacks using chemical agents such as hydrogen cyanide gas, phosgene and VX and sarin nerve agents.

Jihadists have also demonstrated an interest in chemical weapons. The investigation of the 1993 World Trade Center bombing found that bombmaker Abdul Basit (aka Ramzi Yousef) had added sodium cyanide to the large vehicle-borne improvised explosive device detonated in the Trade Center's basement parking garage. The cyanide was either consumed or so widely scattered by the huge blast that its effects were not noticed at the time of the attack. The presence of the cyanide was only uncovered after investigators found a list of the chemicals ordered by conspirator Nidal Ayyad and debriefed Basit after his arrest.

In his testimony at his 2001 trial for the Millennium Bomb plot, Ahmed Ressam described training he had received at al Qaeda's Deronta facility in Afghanistan for building a hydrogen cyanide device. Ressam said members of the group had practiced their skills, using the gas to kill a dog that was confined in a small box.

Videos found by U.S. troops after the invasion of Afghanistan supported Ressam's testimony -- as did confiscated al Qaeda training manuals that contained recipes for biological toxins and chemical agents, including hydrogen cyanide gas. The documents recovered in Afghanistan prompted the CIA to publish a report on al Qaeda's chemical and biological weapons program that created a lot of chatter in late 2004.

There have been other examples as well. In February 2002, Italian authorities arrested several Moroccan men who were found with about 4 kilograms (9 pounds) of potassium ferrocyanide and allegedly were planning to attack the U.S. Embassy in Rome.

In June 2006, Time magazine broke the story of an alleged al Qaeda plot to attack subways in the United States using improvised devices designed to generate hydrogen cyanide gas. The plot was reportedly aborted because the al Qaeda leadership feared it would be ineffective.

In 2007, jihadist militants deployed a series of large vehicle-borne improvised explosive devices augmented with chlorine gas against targets in Iraq. However, the explosives in these attacks inflicted far more casualties than the gas. This caused the militants to deem the addition of chlorine to the devices as not worth the effort, and the Iraqi jihadists abandoned their chemical warfare experiment in favor of employing vehicle-borne improvised explosive devices without a chemical kicker.

There have also been several credible reports in Iraq of militants using chemical artillery rounds in improvised explosive device attacks against coalition forces, but those attacks also appear to have been largely ineffective.

Using chemical munitions on the battlefield presents a number of challenges. The first of these is sufficiently concentrating the chemical agent to affect the targeted troops. In order to achieve heavy concentrations of the agent, chemical weapon attacks were usually delivered by a massive artillery bombardment using chemical weapons shells. Soviet military chemical weapons doctrine relied heavily on weapons systems such as batteries of BM-21 multiple rocket launchers, which can be used to deliver a massive amount of ordnance to a targeted area. Additionally, it is very difficult to control the gas cloud created by the massive barrage. There were instances in World War I and in the Iran-Iraq War in which troops were affected by chemical weapon clouds that had been created by their own artillery but had blown back upon them.

Delivering a lethal dose is also a problem in employing chemical weapons in terrorist attacks, as seen by the attacks outlined above. For example, in the March 20, 1995, attack on the Tokyo subway system, Aum Shinrikyo members punctured 11 plastic bags filled with sarin on five different subway trains. Despite the typically very heavy crowds on the trains and in the Tokyo subway stations that morning, the attacks resulted in only 12 deaths -- although thousands of other commuters were sickened by the attack, some severely.

Posted by ambisinistral at 6:33 PM

Get daily suggestions and guides for generating $1,000s per day FROM HOME totally FREE.
SUBSCRIBE FOR FREE