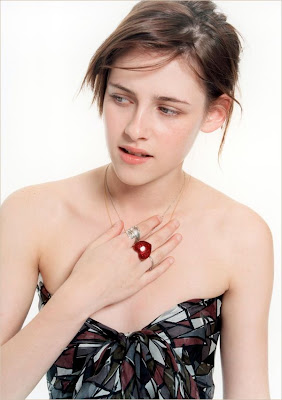 In this Stratfor article George Friedman points out the politics and markets have always been bound together, and from that he argues that the relationship between markets and politics are changing from the state they've been in for the last century or so.

He uses Germany and the economic necessities and constraints it labored under in the post-war period to expand upon his ideas. I'm pretty wobbly on economics so I'll forgo commenting on his thesis and let you draw your own conclusions.

The beginning of his article is excerpted below, with a link to the full article at the end of the excerpt.

For the article's Hot Stratfor Babe, since we're talking about moola, I decided to go with Hollywood's highest paid actress. It surprised me to discover that the 22 year old Kristen Stewart has that honor raking in $35 million in a year's period, and so she also gets the much more prestigious honor of being a Stratfor Hot Babe.

Shocking as it may be, considering what a with-it sort of hepcat I am, I confess to not knowing much about Ms Stewart. What I know about her mainly comes from tabloid covers at super market checkouts and is limited to the fact that she played Bella in those abominable Twilight movies (I've given my opinion of metro-sexual vampires elsewhere). 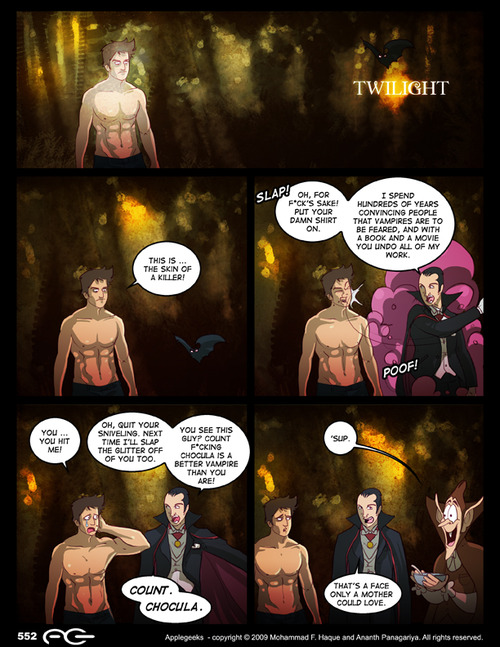 Louis M. Bacon is the head of Moore Capital Management, one of the largest and most influential hedge funds in the world. Last week, he announced that he was returning one quarter of his largest fund, about $2 billion, to his investors. The reason he gave to The New York Times was that he had found it difficult to invest given the impossibility of predicting the European situation. He was quoted as saying, "The political involvement is so extreme -- we have not seen this since the postwar era. What they are doing is trying to thwart natural market outcomes. It is amazing how important the decision-making of one person, Angela Merkel, has become to world markets."

The purpose of hedge funds is to make money, and what Bacon essentially said was that it is impossible to make money when there is heavy political involvement, because political involvement introduces unpredictability in the market. Therefore, prudent investment becomes impossible. Hedge funds have become critical to global capital allocation because their actions influence other important actors, and their unwillingness to invest and trade has significant implications for capital availability. If others follow Moore Capital's lead, as they will, there will be greater difficulty in raising the capital needed to address the problem of Europe.

But more interesting is the reasoning. In Bacon's remarks, there is the idea that political decisions are unpredictable, or less predictable than economic decisions. Instead of seeing German Chancellor Merkel as a prisoner of non-market forces that constrain her actions, conventional investors seem to feel that Europe is now subject to Merkel's whims. I would argue that political decisions are predictable and that Merkel is not making decisions as much as reflecting the impersonal forces that drive her. If you understand those impersonal forces, it is possible to predict political behaviors, as you can market behaviors. Neither is an exact science, but properly done, neither is impossible.

In order to do this, you must begin with two insights. The first is that politics and the markets always interact. The very foundation of the market -- the limited liability corporation -- is political. What many take as natural is actually a political contrivance that allows investors to limit their liability. The manner in which liability is limited is a legal issue, not a market issue, and is designed by politicians. The structure of risk in modern society revolves around the corporation, and the corporation is an artifice of politics along with risk. There is nothing natural about a nation's corporate laws, and it is those corporate laws that define the markets.

There are times when politics leave such laws unchanged and times when politics intrude. The last generation has been a unique time in which the prosperity of the markets allowed the legal structure to remain generally unchanged. After 2008, that stability was no longer possible. But active political involvement in the markets is actually the norm, not the exception. Contemporary investors have taken a dramatic exception -- the last generation -- and lacking a historical sense have mistaken it for the norm. This explains the inability of contemporary investors to cope with things that prior generations constantly faced.

The second insight is the recognition that thinkers such as Adam Smith and David Ricardo, who modern investors so admire, understood this perfectly. They never used the term "economics" by itself, but only in conjunction with politics; they called it political economy. The term "economy" didn't stand by itself until the 1880s when a group called the Marginalists sought to mathematize economics and cast it free from politics as a stand-alone social science discipline. The quantification of economics and finance led to a belief -- never held by men like Smith -- that there was an independent sphere of economics where politics didn't intrude and that mathematics allowed markets to be predictable, if only politics wouldn't interfere.

Given that politics and economics could never be separated, the mathematics were never quite as predictive as one would have thought. The hyper-quantification of market analysis, oblivious to overriding political considerations, exacerbated market swings. Economists and financiers focused on the numbers instead of the political consequences of the numbers and the political redefinitions of the rules of corporate actors, which the political system had invented in the first place.

The world is not unpredictable, and neither is Europe nor Germany. The matter at hand is neither what politicians say they want to do nor what they secretly wish to do. Indeed, it is not in understanding what they will do. Rather, the key to predicting the political process is understanding constraints -- the things they can't do. Investors' view that markets are made unpredictable by politics misses two points. First, there has not been a market independent of politics since the corporation was invented. Second, politics and economics are both human endeavors, and both therefore have a degree of predictability.

The European Union was created for political reasons. Economic considerations were a means to an end, and that end was to stop the wars that had torn Europe apart in the first half of the 20th century. The key was linking Germany and France in an unbreakable alliance based on the promise of economic prosperity. Anyone who doesn't understand the political origins of the European Union and focuses only on its economic intent fails to understand how it works and can be taken by surprise by the actions of its politicians.

Postwar Europe evolved with Germany resuming its prewar role as a massive exporting power. For the Germans, the early versions of European unification became the foundation to the solution of the German problem, which was that Germany's productive capacity outstripped its ability to consume. Germany had to export in order to sustain its economy, and any barriers to free trade threatened German interests. The creation of a free trade zone in Europe was the fundamental imperative, and the more nations that free trade zone encompassed, the more markets were available to Germany. Therefore, Germany was aggressive in expanding the free trade zone.

Germany was also a great supporter of Europewide standards in areas such as employment policy, environmental policy and so on. These policies protect larger German companies, which are able to absorb the costs, from entrepreneurial competition from the rest of Europe. Raising the cost of entry into the marketplace was an important part of Germany's strategy.

Finally, Germany was a champion of the euro, a single currency controlled by a single bank over which Germany had influence in proportion to its importance. The single currency, with its focus on avoiding inflation, protected German creditors against European countries inflating their way out of debt. The debt was denominated in euros, the European Central Bank controlled the value of the euro, and European countries inside and outside the eurozone were trapped in this monetary policy.


So long as there was prosperity, the underlying problems of the system were hidden. But the 2008 crisis revealed the problems. First, most European countries had significant negative balances of trade with Germany. Second, European monetary policy focused on protecting the interests of Germany and, to a lesser extent, France. The regulatory regime created systemic rigidity, which protected existing large corporations.

Merkel's policy under these circumstances was imposed on her by reality. Germany was utterly dependent on its exports, and its exports in Europe were critical. She had to make certain that the free trade zone remained intact. Secondarily, she had to minimize the cost to Germany of stabilizing the system by shifting it onto other countries. She also had to convince her countrymen that the crisis was due to profligate Southern Europeans and that she would not permit them to take advantage of Germans. The truth was that the crisis was caused by Germany's using the trading system to flood markets with its goods, its limiting competition through regulations, and that for every euro carelessly borrowed, a euro was carelessly lent. Like a good politician, Merkel created the myth of the crafty Greek fooling the trusting Deutsche Bank examiner.

Posted by ambisinistral at 5:34 PM

Come and see how 1,000's of individuals like YOU are working for a LIVING from home and are fulfilling their dreams TODAY.
JOIN NOW