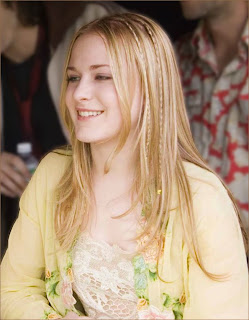 In this Stratfor article Ben West examines protest as being on the continuum of civil unrest just below insurgency. Using that model, he examines how a successful protest movement can be grown from a small start to a movement that can threaten sitting governments.

Not until very late in the article does he make the distinction between protests in open democratic countries compared to totalitarian ones. I think, since he is principally talking about protest movements against repressive states, that it would have helped the article had he made that point earlier.

As an aside, Commentarama had an entertaining post, How To Stop A Revolution, about the July 4th Occupy protest in Philedelphia getting side-tracked by a Ben and Jerry's ice cream truck handing out free ice cream. It is worth a read.

Back to the Stratfor article, it is excerpted below, with a link to the full article at the end of the excerpt.

Of course protest naturally bring to mind hippies, and so for the article's Hot Stratfor Babe I scoured the multitude of hippy protest movies to find a suitable candidate. After an extensive search, and ponering the matter carefully, I decided that Evan Rachel Wood deserved the honor for her starring role in the movie Across the Universe.

As for Ms Wood, she started out on television as a child actress and transitioned to movies when she was a teen. Her acting ability is well regarded, so she seems to be making a successful transition to an adult actress as she splits her time between movies and TV.

Recent protests throughout Sudan are the latest in an ongoing trend of protest movements around the world, from Muslim Brotherhood supporters in Egypt to oil workers in Norway and opposition parties in Thailand. Protests have proved an effective strategy against autocratic regimes, political repression and austerity measures. As with insurgency strategy, protests rely on underlying support from the population rather than on superior weapons. Both insurgency and protests are forms of asymmetric opposition in which the insurgents or protesters cannot succeed by using force to overwhelm the state but must find (or create) and exploit specific weaknesses of the state.

However, protest movements are not as aggressive as insurgencies. Violence is integral to insurgent strategy, but protest movements may be simply a negotiation tactic to extract concessions from a state or a corporation. Strikes are one of the most common forms of protest used to leverage labor resources for higher wages or more benefits. Thousands of protests, such as strikes, occur around the world every week. Most are small and insignificant outside the protesters' community. In order to address the geopolitical importance of protest movements, this analysis will focus on protests intended to create political change.

Sometimes protests can spur insurgencies. In the case of Syria, civilians congregated in the streets and public places to call for political change. As the state's responses became increasingly violent, elements of the movement formed a militia that began a parallel insurgency. As violence escalated in Syria, insurgent tactics eventually replaced protest tactics.

Not all protests evolve into insurgencies, though. Some are repressed by the regime, while others are able to achieve their objectives through other means. The ultimate challenge of analyzing protest movements is to distinguish between movements that could successfully change the order of a country and movements that fizzle after grabbing a few headlines. Stratfor distinguishes the two by looking at the tactics a given group of protesters uses and the strategic imperatives of the state against which the protesters are demonstrating.

Protest movements usually start with far fewer resources and far less organization than the established entity against which they are protesting. They are fighting an asymmetric battle against a state that has far more resources to use against protesters. For example, the April 6 movement that was behind Egypt's 2011 protests got its name from April 6, 2008, the day Egyptian authorities clamped down on a fledgling political youth movement with a series of arrests. The Egyptian state was able to end the 2008 protest movement relatively quietly; this is how most protest movements end.

Those groups that do survive must have a fluid yet responsive organizational capability, and they must control the perception of what they -- and their opponents -- stand for.

Organizing protests becomes increasingly dangerous as the movement becomes more successful. Most authorities will tolerate a certain amount of activism because it is seen as a way to let off steam. They appease the protesters by letting them think that they are making a difference -- as long as the protesters do not pose a threat. But as protest movements grow, authorities will act more aggressively to neutralize the organizers. Sincere protest movements may prove successful if they can survive a round of arrests, a baton charge from the police or a counterprotest from government supporters.

Another element to look for in protest organization is the unity of message. Using the same slogans and carrying mass-produced signs, especially if the protesters are in multiple cities, shows a level of unity that indicates a single organizer, whether that be an individual or a committee. The centralization of a protest movement is key because it means better coordination and swifter decision-making in response to obstacles. And later on, if the protest movement is successful, there is an individual or small group of individuals who can exploit the power generated by the protest movement for political gains.

The level of discipline shown by the members is another important indicator of a movement's organization. It is absolutely critical that a protest movement maintain the moral high ground; otherwise it is too easy for their opponents to smear the protesters as thieves, thugs or hooligans. Once protest movements number in the tens or hundreds of thousands it is impossible for organizers to enforce discipline themselves. However, organizers can recognize the importance of discipline and instill a zero-violence rule across the movement, while relying on grassroots security efforts to enforce it.

Protest movements become successful when large groups of people gather, yet abstain from the obvious power they have to loot, steal or commit other crimes in the chaos of street protests. That abstention shows discipline, and discipline indicates control over what is effectively a civilian army.

In the beginning, protest organizers must overcome the authorities' attempts to disperse the movement as well as the movement's initial lack of legitimacy. Protest movements typically start small and represent a fringe opinion. In order to increase the movement's numbers, organizers have to convince others that their interests are best pursued through protest. One way to do this is to make the smaller demonstrations appear larger in order to convince people that the protests represent the interest of more of a majority.

Posted by ambisinistral at 4:00 PM