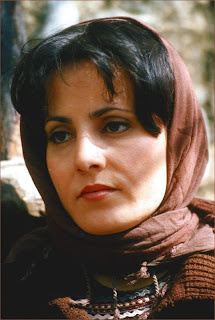 Bearing in mind that I'm just an internet blowhard, I've commented that I thought Stratfor was underestimating the potential of the uprising in Syria to topple the Assad regime.

However, in this Stratfor article Bhalla and Bokhari begin to seriously examine what the overthrowing of the Alawite faction and its replacements by Sunnis would mean to the regional balance of power.

While I think they continue to overstate the strength of Iran's position -- for example, while they've made gains in Iraq, the Iraqi democracy has destabilized their regimes grip on power in their own country considerably --  it is none the less a very good article and is well worth a careful reading.

The beginning of the article is excerpted below, with a link to the entire article at the end of the excerpt.

As an aside, I would also warn against conflating the Syrian situation with the Arab Spring of North Africa. I think the Arab Spring is primarily food riots that have spun wildly out of control, while Syria is more a product of the long simmering Arab/Persian fault line. Don't expect the two events to follow the same trajectory as they unfold.

As for the article's Hot Stratfor Babe, I have a serious choice this time. Fadwa Soliman is a Syrian actress of Alawite descent who has publicly stood in opposition to Bashir al Assad and in support of the uprising. It is an act of bravery and she has been forced into hiding for taking it.

I tip my hat to her for having the courage to stand by her convictions.


Considering a Sunni Regime in Syria
By Reva Bhalla and Kamran Bokhari, July 10, 2012

The Tlass family formed the main pillar of Sunni support for the minority Alawite regime. The patriarch of the family, former Defense Minister Mustafa Tlass, had a strategic, brotherly bond with late Syrian President Hafez al Assad. The two military men served as members of the ruling Baath Party in Cairo from 1958 to 1961 when Syria and Egypt existed under the Nasserite vision of the United Arab Republic. The failure of that project brought them back home, where together they helped bring the Baath Party to power in 1963 and sustained a violent period of coups, purges and countercoups through the 1960s.

With Tlass standing quietly by his side, Hafez mounted a bloodless coup and appointed Tlass as his defense minister in 1970. Since then, Tlass has been the symbol of Syria's old guard regime. Without Tlass' godfather-like backing, it is questionable whether Bashar al Assad, then a political novice, would have been able to consolidate his grip over the regime in 2000 when his father passed away. Through the Tlass family's extensive military and business connections, the Sunni-Alawite bond endured for decades at the highest echelons of the regime.

But blood still runs thick in clan politics, and as Sunni blood was spilling into Syria's streets in the current uprising, the Tlass family likely felt growing pressure to side with its fellow Sunnis. Perhaps more critical, the Tlass family assessed it was time to make a move before it paid a price for its allegiance to the regime. Whatever the primary motivation of the decision, the Tlass' choice to break a decadeslong pact with the al Assad family has now increased pressure on other elite members of the military and business communities to pick a side.

As one astute observer of the Syrian conflict explained, the al Assad regime is like a melting block of ice. The Alawite core of the block is frozen intact because the minorities fear the consequences of losing power to a Sunni majority. We have not yet seen the mass defections and breakdown in command and control within the military that would suggest that large chunks of this block are breaking off. But the Sunni patronage networks around that core that keep the state machinery running are slowly starting to melt. The more this block melts, the more fragile it becomes and the more likely we are to see cracks form closer and closer to the center. At that point, the al Assad regime will become highly prone to a palace coup scenario.

The al Assad regime has not cracked yet, but this is a useful moment to step back and think seriously about the regional implications should Syria return to Sunni hands. In particular, we would like to examine what such a scenario would mean for Iran's position in the region.

Let's first recall why Syria is up for grabs. Human rights interests alone do not come close to explaining why this particular uprising has received a substantial amount of attention and foreign backing over the past year. The past decade enabled Iran to wrest Baghdad out of Sunni hands and bring Mesopotamia under Shiite control. There is little question now that Iraq, as fractured as it is, sits in the Iranian sphere of influence while Iraqi Sunnis have been pushed to the margins. Iran's gains in Baghdad shifted the regional balance of power, creating a Shiite crescent stretching from western Afghanistan to the Mediterranean coast.

This disturbance in the regional balance of power has aggravated a number of regional stakeholders. With U.S. backing, Saudi Arabia, Turkey and Qatar have banded together to lead a countercoalition to Iran. Iraq may have been reluctantly conceded to Iran, but the uprising in Syria offered a new opportunity to undercut Iran's Mediterranean outlet in the Levant. Saudi Arabia has been trying to manage simmering Shiite unrest on the Arabian Peninsula, while Turkey is looking to lay a Sunni foundation for its regional resurgence. As a result, increased amounts of money, supplies, weaponry, training and intelligence support have made their way to the Syrian rebels through covert channels. The hope was that a covert campaign would obviate the need for a costly foreign military intervention and lead to the collapse of the regime from within. In theory, the plan sounds reasonable. In practice, it's a lot more complicated.

A transition to Sunni rule in Syria is bound to be messy. Syria's Alawites have become well established in Damascus and in other key urban centers across the country. The heterodox community has also dominated the most elite units of the military, security and intelligence apparatus and will be carrying those skills with it should it be sidelined from power. Even though the Alawites and fellow minorities are outnumbered, it is unlikely that they will be easily pushed back to the hilly coastal lands of their forefathers in the northwest.

Instead, the Alawites, with Iranian backing, could be expected to mount a militant resistance against Turkish- and Arab-backed Sunnis. The Alawites, who currently dominate Syria's ruling Baath Party, observed the rapidity with which the (Sunni-dominated) Iraqi Baathist military crumbled after the fall of Saddam Hussein and the now marginalized status of Iraq's former Baathists. The Alawites will be fighting an existential crisis to avoid a similar fate in the face of a proxy war, while Iran will be reinforcing the Alawites to try to maintain a foothold in the region. This conflict will inevitably spill over into Lebanon, a state whose existence has been defined by this broader sectarian struggle and that will continue to serve as a battleground for proxy interests.

Transnational jihadists would also play a large role in a post-al Assad Syria. The Syrian rebellion contains a growing assortment of Sunni Islamists, Salafist jihadists and transnational al Qaeda-style jihadists. Foreign fighters belonging to the latter two categories are believed to be making their way into Syria from Lebanon, Jordan and Iraq.