The end of Western civilization is surely upon us 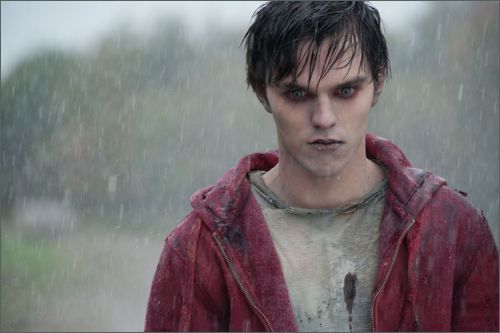 The above picture is a still from the soon to be released movie Warm Bodies. It is a picture of a zombie sadly shuffling through the rain. But not just any zombie, instead it/he is an emo zombie who's all sensitive and what-not. But wait, it gets worse, from the film's description:


After a zombie becomes involved with the girlfriend of one of his victims, their romance sets in motion a sequence of events that might transform the entire lifeless world.

Oh, good gawd almighty, first tweener girls demolish vampires and now they're going after zombies? Dammit, can't we have a little respect for tradition? Zombies are rotting corpses with no ambition other than to eat the brains of the living, not metrosexual, beta-males who court their damsels with flowers and memorized love poems.

Besides, I don't care how angst filled he is -- if I spot that goober shambling towards me during a zombie apocalypse I'm whacking his head off with a chain saw.

Posted by ambisinistral at 5:47 PM