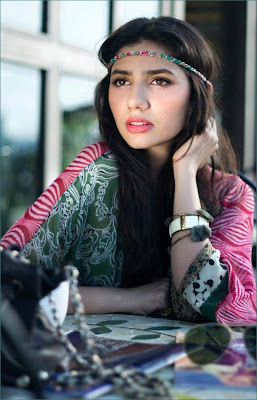 This Stratfor article examines the recent uptick of violence by the Pakistani terrorist group Tehrik-i-Taliban in the Punjab, which is outside of the area they have been operating in for the last several years.

After reviewing the recent history of the conflict between the Pakistani central government and Tehrik-i-Taliban, West and Bokhari turn towards the timing of the terrosit group's latest attacks.

While one might think the attacks were tied to the reopening of the northern supply line to NATO troops in Afghanistan, the actual cause might be the increased austerity measures which Pakistan is having to impose to meet IMF loan conditions.

It is a very interesting article. The beginning of it is excerpted below, with a link to the entire article at the end of the excerpt.

I found it thought provoking, and rather common-sensical,  that economic issues rather than terrorist dogma could be driving so much of the chaos in Pakistan. One of the pit-falls of obsessing about politics and world affairs is that it is easy to forget that those concerns are only a slice of life and that the business of living, where ever it is taking place, is rather more mundane, sane and familiar than what the headlines paint.

With those thoughts in mind, when I read this article about Mahira Khan, she became the easy choice for this article's Hot Stratfor Babe.

Ms Khan was born in Karachi, but at the age of 16 she decided she wanted to live abroad so she moved to Los Angeles where she lived for a few years and attended high school, classes at a community college and worked a number of jobs. While home on a visit, she was approached and signed as a VJ on Pakistan's MTV. From there she moved to doing shows on a youth channel and eventually landed a starring role in an extremely popular television serial.

Yes, in Pakistan there are the taliban and other bearded, religious fanatics, but it is well to remember that there is also music videos on MTV, headstrong and fashionable young women and IMF bankers who's loans you need. As I pointed out in an earlier post of mine, Death from above, the war of ideas cuts both ways and it very well may be the TV remote rather than the knife that carries the day.

At dawn July 12, militants raided a prison guard residence in Lahore, Pakistan, leaving nine staff members dead and three more wounded. The Tehrik-i-Taliban Pakistan quickly claimed responsibility for the attack, saying the guards had mistreated prisoners who were members of the Pakistani militant group. The raid came just three days after militants ambushed an army camp in the district of Gujrat, killing seven soldiers and one police officer who were searching for a missing helicopter pilot. The Tehrik-i-Taliban Pakistan also claimed that attack.

Over the last two years, Pakistan has had something of a respite from dramatic attacks such as those that plagued the country from 2007 to 2010. During those years, a series of high-profile and highly disruptive attacks against police, army and intelligence targets challenged the government's ability to control the country. The attacks occurred in Pakistan's most populous province, Punjab, in cities such as Lahore and in the capital, Islamabad.

[Map of area at: Violence Returns to Pakistan's Major Cities]

While suicide bombings and attacks in Pakistan's troubled northwest (along the border with Afghanistan) have continued apace since 2010, major attacks in Pakistan's Punjab-Sindh core have essentially ceased. The sole instance of dramatic violence involving government targets outside of the northwest since 2010 was an attack on a naval station near Karachi following the death of Osama bin Laden.

Despite the break from violence in Pakistan's major cities, many of the same conditions present during the wave of attacks from 2007 to 2010 remain. Another escalation in violence is very possible, especially in Pakistan's volatile climate and with elections coming up.

Timing of the Attacks

The two attacks (along with numerous other attacks and an attempted assassination) came the week after Pakistan formally reopened NATO supply routes through the country to Afghanistan. The supply routes had been closed for more than seven months after a deadly cross-border attack by U.S. forces in November that killed 24 Pakistani soldiers. The day the routes reopened, the Tehrik-i-Taliban Pakistan told journalists it would attack trucks carrying NATO supplies in protest.

But rather than an impetus for attacks, the reopening of the supply line is more likely a political opportunity for the Pakistani Taliban militants to promote anti-American sentiment in Pakistan. The NATO supply line is one of the most visible products of the U.S.-Pakistani relationship. The Tehrik-i-Taliban Pakistan and some political opposition groups have criticized the Pakistani government for helping Washington while the U.S. military conducted strikes killing mostly Pakistanis along the border with Afghanistan. By opposing the NATO supply line, the Pakistani Taliban militants are able to generate popular support across Pakistan.

The seven-month closure of the supply line gave NATO and the United States a chance to prove that they can use the Northern Distribution Network to bypass Pakistan. During the shutdown, there was no evidence in Afghanistan of an attempt to exploit the closed route, so it is hard to argue that the Afghan Taliban (or their Pakistani peers) gained any material advantages from the shutdown. If anything, the Pakistani Taliban militants can benefit from the supply route's opening; the trucks are easy targets for looters and can provide revenue and supplies for militants in Pakistan's northwest, and the militants can exact extortion payments from transportation companies.

The Tehrik-i-Taliban Pakistan's real motivation for resuming attacks in Punjab after a two-year hiatus is more complicated than the reopening of the NATO supply line. It involves a remote geographic region of Pakistan that has been dragged into the 10-year-old Afghanistan War, a struggling Pakistani economy, distrust of Pakistan's current government and upcoming elections that are seen as an opportunity to address grievances against Islamabad. Most of these grievances are the same complaints that drove the violence from 2007 to 2010, when militant activities in Pakistan peaked. Since 2009, however, military forces have moved into many of the militant havens in Pakistan's northwest, denying the Pakistani Taliban forces sanctuary. But this is not a permanent solution to Pakistan's internal rifts.

The Tehrik-i-Taliban Pakistan is based in the province of Khyber-Pakhtunkhwa and the Federally Administered Tribal Areas in the Pakistani northwest. During the Soviet-Afghan war in the 1980s, Pakistan and the United States used Islam as the ideological motivation to rally militias in the border region to oppose the Soviet occupation. The United States turned its attention elsewhere after the Soviets withdrew, leaving Pakistan to manage a complex network of militants. Islamabad attempted to use these militants as proxies during the 1990s to exercise influence in Afghanistan and India.

But after 2001, the United States pressured Pakistan to restrain its militant proxies in Afghanistan in order to support the U.S. war against Islamist militancy. After a few years of wavering, former Pakistani President Pervez Musharraf did crack down on these groups' leaders in Pakistan, beginning with the Red Mosque siege in 2007. It soon became apparent that the militant groups were more autonomous than believed. By 2009, radical cleric Maulana Fazlullah claimed the district of Swat as an Islamic emirate, threatening Pakistan's territorial integrity within roughly 320 kilometers (200 miles) of the capital.

The Pakistani Taliban militants made it clear that their goal was to take over the Pakistani state, beginning in the mountains surrounding the Indus River Valley. This led the government to deploy forces to Swat in April 2010. These forces expanded their offensive to South Waziristan later that year and by the end of 2010, they had gone into every single district of the Federally Administered Tribal Areas save North Waziristan. Since the army's operations in South Waziristan, one of the Tehrik-i-Taliban Pakistan's strongest sanctuaries, militant attacks in Punjab have decreased.