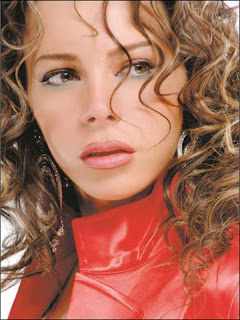 In this article Friedman begins to address the consequences of Assad being ousted in Syria.

Sorry, but I have to take a minute here to break my arm patting myself on the back. For a long time I've stated that I thought Friedman was too generous in his reading of the security of Assad's regime and also of Iran's situation in the region.

I argued that Syria was the lynch pin, and that if the Sunnis could topple Assad the whole dynamic in the region would change. Hezbollah would be isolated and Iran's move to the Mediterranean would be blocked.

If Assad falls the game will then move to Western Iraq and who knows, maybe even the legitimacy of Iran's regime will again come under severe strain from her population.

The beginning of his article is excerpted below, with a link to the entire article at the end of the excerpt.

Because of the persistence of the Syrian story I'm beginning to exhaust my pool of Syrian actresses to be considered as an article's Hot Stratfor Babes. For this article, after a desperate search, I've selected Susan Shams al Din for the honor.

I actually don't know a thing about Ms Shams al Din. In fact, she may not even be an actress for all I know. I found her in a babe thread on a Pakistani forum and they say she's a Syrian actress, so that's good enough for me.


Consequences of the Fall of the Syrian Regime
By George Friedman, July 24, 2012

We have entered the endgame in Syria. That doesn't mean that we have reached the end by any means, but it does mean that the precondition has been met for the fall of the regime of Syrian President Bashar al Assad. We have argued that so long as the military and security apparatus remain intact and effective, the regime could endure. Although they continue to function, neither appears intact any longer; their control of key areas such as Damascus and Aleppo is in doubt, and the reliability of their personnel, given defections, is no longer certain. We had thought that there was a reasonable chance of the al Assad regime surviving completely. That is no longer the case. At a certain point -- in our view, after the defection of a Syrian pilot June 21 and then the defection of the Tlass clan -- key members of the regime began to recalculate the probability of survival and their interests. The regime has not unraveled, but it is unraveling.

The speculation over al Assad's whereabouts and heavy fighting in Damascus is simply part of the regime's problems. Rumors, whether true or not, create uncertainty that the regime cannot afford right now. The outcome is unclear. On the one hand, a new regime might emerge that could exercise control. On the other hand, Syria could collapse into a Lebanon situation in which it disintegrates into regions held by various factions, with no effective central government.

The Russian and Chinese Strategy

The geopolitical picture is somewhat clearer than the internal political picture. Whatever else happens, it is unlikely that al Assad will be able to return to unchallenged rule. The United States, France and other European countries have opposed his regime. Russia, China and Iran have supported it, each for different reasons. The Russians opposed the West's calls to intervene, which were grounded on human rights concerns, fearing that the proposed intervention was simply a subterfuge to extend Western power and that it would be used against them. The Chinese also supported the Syrians, in part for these same reasons. Both Moscow and Beijing hoped to avoid legitimizing Western pressure based on human rights considerations -- something they had each faced at one time or another. In addition, Russia and China wanted the United States in particular focused on the Middle East rather than on them. They would not have minded a military intervention that would have bogged down the United States, but the United States declined to give that to them.

But the Russian and Chinese game was subtler than that. It focused on Iran. As we have argued, if the al Assad regime were to survive and were to be isolated from the West, it would be primarily dependent on Iran, its main patron. Iran had supplied trainers, special operations troops, supplies and money to sustain the regime. For Iran, the events in Syria represented a tremendous opportunity. Iran already held a powerful position in Iraq, not quite dominating it but heavily influencing it. If the al Assad regime survived and had Iranian support to thank for its survival, Syria would become even more dependent on Iran than was Iraq. This would shore up the Iranian position in Iraq, but more important, it would have created an Iranian sphere of influence stretching from western Afghanistan to Lebanon, where Hezbollah is an Iranian ally.

The Russians and Chinese clearly understood that if this had happened, the United States would have had an intense interest in undermining the Iranian sphere of influence -- and would have had to devote massive resources to doing so. Russia and China benefitted greatly in the post-9/11 world, when the United States was obsessed with the Islamic world and had little interest or resources to devote to China and Russia. With the end of the Afghanistan war looming, this respite seemed likely to end. Underwriting Iranian hegemony over a region that would inevitably draw the United States' attention was a low-cost, high-return strategy.

The Chinese primarily provided political cover, keeping the Russians from having to operate alone diplomatically. They devoted no resources to the Syrian conflict but did continue to oppose sanctions against Iran and provided trade opportunities for Iran. The Russians made a much larger commitment, providing material and political support to the al Assad regime.

It seems the Russians began calculating the end for the regime some time ago. Russia continued to deliver ammunition and other supplies to Syria but pulled back on a delivery of helicopters. Several attempts to deliver the helicopters "failed" when British insurers of the ship pulled coverage. That was the reason the Russians gave for not delivering the helicopters, but obviously the Russians could have insured the ship themselves. They were backing off from supporting al Assad, their intelligence indicating trouble in Damascus. In the last few days the Russians have moved to the point where they had their ambassador to France suggest that the time had come for al Assad to leave -- then, of course, he denied having made the statement.

A Strategic Blow to Iran

As the Russians withdraw support, Iran is now left extremely exposed. There had been a sense of inevitability in Iran's rise in the region, particularly in the Arabian Peninsula. The decline of al Assad's regime is a strategic blow to the Iranians in two ways. First, the wide-reaching sphere of influence they were creating clearly won't happen now. Second, Iran will rapidly move from being an ascendant power to a power on the defensive.

The place where this will become most apparent is in Iraq. For Iran, Iraq represents a fundamental national security interest. Having fought a bloody war with Iraq in the 1980s, the Iranians have an overriding interest in assuring that Iraq remains at least neutral and preferably pro-Iranian. While Iran was ascendant, Iraqi politicians felt that they had to be accommodating. However, in the same way that Syrian generals had to recalculate their positions, Iraqi politicians have to do the same. With sanctions -- whatever their effectiveness -- being imposed on Iran, and with Iran's position in Syria unraveling, the psychology in Iraq might change.

This is particularly the case because of intensifying Turkish interest in Iraq. In recent days the Turks have announced plans for pipelines in Iraq to oil fields in the south and in the north. Turkish economic activity is intensifying. Turkey is the only regional power that can challenge Iran militarily. It uses that power against the Kurds in Iraq. But more to the point, if a country builds a pipeline, it must ensure access to it, either politically or militarily. Turkey does not want to militarily involve itself in Iraq, but it does want political influence to guarantee its interests. Thus, just as the Iranians are in retreat, the Turks have an interest in, if not supplanting them, certainly supplementing them.

The pressure on Iran is now intense, and it will be interesting to see the political consequences. There was consensus on the Syrian strategy, but with failure of the strategy, that consensus dissolves. This will have an impact inside of Iran, possibly even more than the sanctions. Governments have trouble managing reversals.

Read more: Consequences of the Fall of the Syrian Regime | Stratfor

Posted by ambisinistral at 6:20 PM